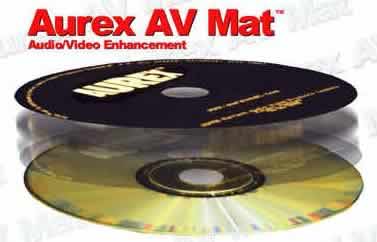 I think I should begin by airing my views on CD. First of all I was an early adopter of the CD format with my first purchase being a Marantz machine. I must confess that some ten years or so ago I was attracted to the style statement of the CD format and yes I was taken in by the hype - "perfect sound forever".
But my main reason for moving to the digital format was the belief that digital is the way of the future, and I still think that it will be how the vast majority of people will increasingly gain access to their entertainment.
My frustration with scratches on records also drove me away from that format at that time. I had a Raga Planar 2 with Linn K9 that gave a good pacey presentation when played through a Marantz amp and Mission speakers; a rather standard "student" set up.

My initial impression of CD was - wow silence. And I went ahead and gave/sold my records to friends and purchased a load of CDs. Over the years I have up-graded to an Arcam Transport and a Kinshaw Perception DAC.
The Arcam has been clocked and the sound is a significant up-grade over the early (much cheaper) Marantz. However, a very good friend of mine stuck with vinyl and with every up-grade his system increasingly produced music with more and more emotion and content.
After each visit I would come home from a listening session, put on the CD copies of the albums we had listened to on vinyl and feel that I was missing something. So I then went on an up-grade path leading to a highly "DIY'd" Naim active system (based on old-style audio boards - more on this in future articles). Yes the detail improved and the sound was much more dynamic.
I liked it (and still do) but still my system did not involve or convey the emotion of the vinyl presentation that I remembered. Then the friend whose system had been plaguing me for years, brought to my attention a second hand LP12 + Ittock II + ATOC5 cartridge being advertised for 400 UKP. We got in the car, drove for an hour and (as luck would have it) auditioned a 1990 version (pre-Cirkus) of this legendary deck through a Naim amp' and EPOS 'speakers.
Just one track saw 400UKP change hands and the two of us back in the car hot-tailing it back for a more extended listen through my active set up. My original rational for buying the Sondek was to exploit the masses of cheap records available from car boot sales in the UK (more of these delights in future articles), but I was pleased to discover that the LP12 front end was providing that missing element that I had been searching for since I got rid of my Rega and records!!

So yes I prefer my LP12 to the CD. But I still listen a lot to my CD especially when my kids are running around and in danger of damaging the delicate arm/cartridge/record if the LP12 were playing. I am sure that as technology improves, digital replay will increasingly approach the analogue limit.
The aim being to reconstruct the natural very complex waveforms with sufficient accuracy to convey the information present in real life sound to fool the brain to such an extent that those strange pillars in the corners of the room produce an acceptable imitation of the real thing.
Any processing system, whether it be analogue or digital, takes an input signal, amplifies and shapes it, and then spits it out. Even with linear or more complex interpolation algorithms the digital replay system cannot replace the information lost by the digitizing processes - it can only reduce the error introduced.
I should declare at this point that I have heard a system with a mega-expensive CD front end (16bit) sound absolutely fantastic - but few could afford such a beast! The rest of us are left with the challenge to get the very best out of the CD front-end that we will have purchased for probably a lot less than the family car.
There are a number of options available at moderate cost ranging from a few tens of pound for absorbent feet to a hundred or so for ancillary electronics like a clock upgrade. The concept of jitter and its degradation on digital replay is well established.
Of more mysterious origins are the affects of reflected/stray light and other phenomena that some manufactures claim can impair the digital replay process. Which brings us to the mat from Aurex that I tried recently and I think this might be of interest to any surfers who have a bright edgy CD front end.
The Arcam/Kinshaw combination is rather warm but even in my system the effect of the mat could be heard, the nature of which lead me to think it might be more beneficial in brighter set-up.

The Aurex AV mat is opaque, quite thick and heavy. From what I can gather the Aurex product addresses scattered light which presumably adds "noise" to the receiver output. Such a noise source is probably quite complex given that we are dealing with coherent radiation here. I leave it up to you the surfer to visit the Aurex site to get the inside track!

So how did I do the test? This is not a simple matter in my experience when listening to these sort of "tweaks". What I normally do is a with/without test after listening "with" for some considerable time in order to get to feel the sound overall.
However, if there is a beneficial effect "with" it seems to me that the mind "remembers" the good things about the "with" experience and lays it over the sound that is heard in the "without" case.
This is especially the case I find when dealing with subtle emotional effects rather than say changing speakers or the like which often produces a large tonal/detail change when doing a with/without test. I would not go so far as to say content can be imagined because one "knows" what to listen for having heard the improvement, but it is something like that.
If any surfer can offer an explanation, comment or opinion on this observation please e-mail me (advise if you would be prepared to be cited in future articles or remain anonymous :-)).

I first listened to the Tears for Fears track Woman in Chains. The track starts with some dramatic instrumentation with depth and great bass guitar work. There is widely separated cymbals in the sound stage that oscillate across the sound stage to really grab the listeners attention.
Not to mention the crack of the drum beat in the chorus. All in all a great track that really gets the foot tapping with superb vocals. With the Aurex mat I was aware of greater separation and I could clearly here the Oleta Adams breath underlying her wonderful vocal performance.
The vocals were generally richer in tone and better differentiated as the more complex parts as the song developed. The guitar strumming was easier to follow, the synth bass was deeper and the drum work drove the track along. All in all a not inconsiderable gain with the Aurex mat.

I then listened to Brubeck's Take Five with its wonderful cymbal and drum work, breathy saxophone playing, dramatic drum solo and plenty of detail to listen for from the acoustic set.
With the Aurex mat the piano line seemed easier to follow, the sax warmer and tonally richer and the cymbal sounded more complex, decaying more slowly into the mix. In the drum solo I could pick out that the drums were being hit on different places on their surfaces. The experience was enhanced and more enjoyable.
Next up was Hello by Oasis. Now I have great difficulty playing this track on my system due to the sheer energy in the high frequencies as the guitars rasp out, in danger of masking the vocal parts.
When using the Aurex mat, the warmer sound removed a lot of the sibilant energy but some spittiness remained, and the drums had more thwack to drive the beat.
The mat let me enjoy the music by taming the sound. Whether this is what the artists intended I can not say but I was compelled to leave the CD on with mat in place and bathe in the raw magic that is Oasis!

A bit of Holst's Uranus was next - you know the start leading up to the crescendo with the deep organ bringing the march to an erie end. The Aurex gave more depth and speed, I could hear the rustling of the orchestra and the march of the instruments was really dramatic.

I confirmed my favorable impressions of this product with one of my favorite tracks. Thin Lizzy's "Still in Love with You" recorded live. This has fantastic atmospherics with the audience out in front of you.
The Aruex improved the feeling of being there. Lynot's bass was strong and forceful, the drums had greater impact and speed and the guitar solo really soars away. If you haven't heard this track - get it!
There is tape hiss on this CD but the Aurex made it less intrusive on the quite passages. By way of comparison, I listened to the LP of the same recording. Lynot fills the stage and demands your attention and the bass guitar growls down the fret board. The sound of the hall has real atmospherics as the guitar solo's dual for attention near the finale. In short the Aurex mat did not close the gap in performance between the Arcam/Kinshaw and LP12.
But it would be totally unreasonable to expect such an inexpensive addition to manage such a feat!

So there you have it. In my system the Aurex made a difference and generally improved the sound of the CD to my ear. The overall impression was one of warming the sound and taming the high frequencies so that one could hear better what was going on in the midrange, whilst providing a greater emphasis to the lower registers. However, this is only one of a number of products of this type.