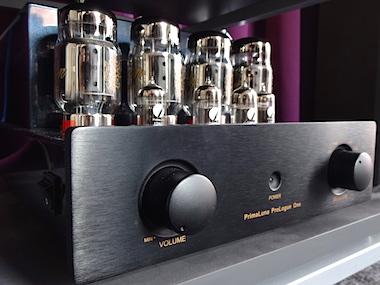 I've been the happy owner of a PrimaLuna Prologue One integrated valve amplifier for some years now. I've been running it with the stock PrimaLuna-labeled 12AX7, 12AU7 and EL34 valves. Over the years it has proven to be a very reliable and musically satisfying product. So, what do you do when, after many years of flawless service, one of the EL34s in your amplifier finally dies? Well, you stick in some fresh milk bottles of course!

According to the manufacturer the Gold Lion KT88 is an attempt to recreate the original Genalex, which was introduced in 1957. Opinions on the original valve's performance I found while researching some background material for this review range from praise to a somewhat less enthusiastic response. I also found some reports claiming that the reissue comes really close to the NOS version, but as I don't have access to the originals I cannot say anything about this matter. The intent of this article is to compare the Gold Lions with the PrimaLuna's original EL34 valves. 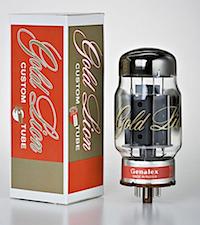 On then to the subject at hand. The valve's glass is thick, the mount and pins sturdy. This solid build makes that even a nonteknischen lookenpeeper like me need not worry about breaking stuff while installing them.

I let the amplifier with its new valves play for a whole night and day before sitting down for some listening, but it seems that the Gold Lions require even more time than this for the hi-fi fairies to do their magic. After another 24 hours there was some sense of the initial flatness going away and the valves reaching their final destination.

The EL34 and KT88 share the same mounting but there the similarities end. They are two different beasts. The EL34 is known for its warm, laid-back character and lush mid-range, whereas the KT88 is much more powerful both in presentation of source material and in actual gain. The EL34 reaches its operating temperature fairly quickly, but the KT88 will require some more time to reach that point. I've noticed that it takes about an hour or so of warm-up time for them to really start to shine. 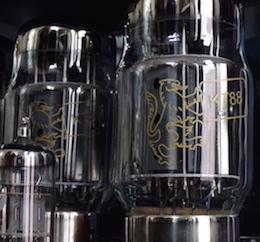 Compared to the EL34s there is improved imaging in all dimensions and a larger sound stage. The Gold Lion's character is more transparent, more hi-fi than the EL34. Despite the increased in-your-face character the Prologue One now manages to captivate even more than with the stock valves, and the amplifier remains non-fatiguing to listen to for extended periods of time. In fact, the I don't want to stop listening factor made for some lack of sleep during the writing of this review. The Gold Lions present you with a low end that goes down to rock bottom (which may prove to be too much if your system already is heavy in that respect). Equally, if your system already has a bright top end then the added life of the Gold Lions may tilt it over the top to being harsh. If your system is just in between these two scenarios, then there is little to worry about. There is plenty of detail being retrieved from the source and the transparency and increased resolution benefits huge soundscapes, as the increase in pin-point staging results in better separation of the various layers of such a work. 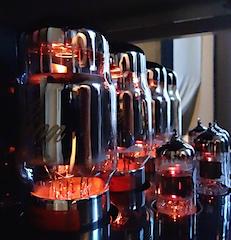 Liminol, the first track of Steven Wilson's album The Raven That Refused To Sing has some excellent bass playing with a saturated fullness and clarity in the overtones that makes it groove, well, like a really groovy thing. The get-up-and-boogie attitude that this part requires benefits from the Gold Lions's forward presentation. It rocks, period.

On then, to Ludwig van Beethoven's sonatas for piano and violin, performed by Arthur Grumiaux and Clara Haskil. Two difficult instruments to reproduce in a convincing manner. Lots of clarity here, with the piano in the back and the violin slightly in front. And yet, I wouldn't mind the character of the EL34 compared with the KT88 for this type of music. The Gold Lions don't mess up, but in this particular case they're just a bit too forward.

Let's try something bigger. Gustav Mahler's second symphony, performed by the Philharmonia Chorus and Orchestra conducted by the great Otto Klemperer. A recording from 1963 that has stood the test of time. This is where the Gold Lions excel: grandeur on an almost megalomaniacal scale, off the scale dynamics, large sound stage. If only this piece would last forever...

On That's Where It's At John Lee Hooker plays minimalistic blues characterised by moody and menacing tunes. The electric guitar cuts right down to your soul; stomping your feet becomes an involuntary movement. There are the clarity and definition again. Like the man himself says, now you're cookin', with gas. 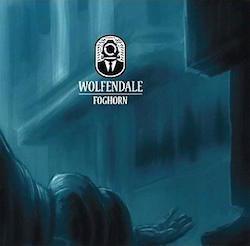 Wolfendale's debut album Foghorn is very well produced and features a dark, gloomy variant of indie rock. The album invokes film noir-like images in the mind of the listener. Despite the dark moodiness, the album is surprisingly accessible and entertaining from beginning to end.

The bass guitar is tight and deep, drums are dry as desert sand, cymbals ring high into the upper registers, vocals are clear and float through space. The whole atmosphere created is one of sonic saturation. The mystery of Dr. Henry Kazoo's abandoned room, the restrained subtlety of Common and the energy of Cracking Jolts, all are transmitted with equal effectiveness. 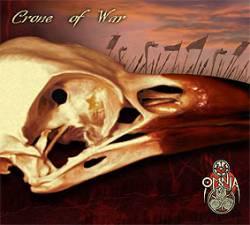 Finally we go back quite a few years, to Celtic times even. With Crone Of War the Dutch band Omnia have delivered one of the most beautiful and well recorded and produced albums in the whole history of ever (please excuse my use of superlatives here). It's just crazy good. Musicianship is outstanding and the songs are varied and composed and played (on old, new and self-invented instruments) with care and love for the craft. The amount of little details in the recording will keep you entertained for many evenings. That is, of course, if you enjoy neo-Celtic pagan folk...

The third track, Mabon, is a very quite, subdued instrumental track featuring Steve Sic's tin whistle playing. Every breath, sigh and almost inaudible grunt is present. When the harp is played, every pick, strum, overtone and delicate touch is revealed. The thunder that announces the arrival of Taranis actually sent one of my cats running for cover. The frantic chanting and drumming that follows puts this Celtic god's cult right in your living room. Equally frantic is the ancient battlefield that serves as the backdrop for Morrigan. The grunts, gasps of pain and death of the warriors become palpable. This album takes on and reveals a whole new dimension with the PrimaLuna / Gold Lion combination. By the way, did I mention every one of you should get a copy of this album?

In short, the Gold Lions gave the PrimaLuna, which already is an excellent performer, more Schwung all around. They made the Prologue One grow a full size bigger and dig up qualities from the amplifier that I did not expect to find in there. The added power and higher resolution of the KT88 make for an easier flow of complex material where the EL34 sometimes struggles to keep up. A word of warning though: these things run hot, so make sure that your amplifier has plenty of ventilation space around it.

If direct, up front crispness and grandeur are the things that you enjoy in your set, then these valves should be on your shortlist. Yet that very trait may also prove to be their Achilles' Heel. For my particular situation they've proven to be excellent, but if your system is already analytic and revealing then adding these to the chain may push things over the top.