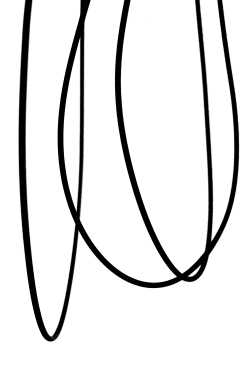 When do we need new belts and what difference do they make?

In 1973 your barely teenage Old Scribe bought a belt drive Goldring G101. Your Old Scribe had heard a demo of a Goldring GL75, and then saw a Goldring advert for the G101 headlined “Ask any HiFi enthusiast, and they'll tell you to give your turntable a belt”. From this, and numerous contemporary audio magazine articles consumed in the local public library, one might have inferred that the white heat of new technology had produced a new turntable whole orders of magnitude better than anything that had gone before. After a few months the young scribe was sufficiently unimpressed to want to make that G101 perform as he remembered from the GL75. These efforts involved various experiments intended to increase the friction between the square section belt, the brass motor pulley and the plastic platter hub.

In retrospect, we'd all understand that the very low mass of the G101 platter, the small 24 pole motor and small diameter belt pulleys, would undermine the scale and pitch consistency of the budget Goldring G101 compared with the older heavyweight idler drive GL75. This would explain what seemed missing from the musical experience of the G101 despite similar published specification figures (rumble, wow & flutter). The pursuit of further depths of musical insight from the Michell Orbe through the Pedersen modifications also prompted some soul searching in the basic servicing department before undertaking any modification work. The Orbe was serviced with an oil change using genuine Singer sewing machine oil, after thoroughly cleaning the bearing of old oil residue. A replacement belt was installed, from the Old Scribe drawer of such things. The factory spec Orbe SE had already been compared experimentally with Michell synthetic oil, Singer sewing machine oil and (in these pages soon) with (automotive) 3 in 1 oil and with C76 Microlube ZX1 lubricant. The belt results, between new and old, correlated regardless of lubrication type.

*“What's all that stuff about Gi'it a belt yowth in the heading?” enquire Plebs Chorus, stage left, “Is it actually English?”

Indeed it is an older form of English than the post Caxton Press Surreyfied modern version commonly written. The phrase refers to the common practice of firmly striking recalcitrant equipment with a well directed blow, to ensure a return to functionality, the skill being to know precisely where to hit it. In this context to give a belt is to hit forcefully, not to supply a trouser supporting garment (although the word “clobber” can also mean both “clothing” and to “hit” demonstrating further, the mongrel origins and ambiguity of the English language

The earlier test results in all the experiments (before the Pedersen modifications) were consistent with the test results published here. This test was undertaken with the Pedersen modifications removing the variability of interactions between the drive belt tension and a sprung subchassis. All is clear if readers refer back to the Pedersen modification series of articles. To keep a constant reference in mind, the tests of oil changes and belt swapping before Pedersonification were referenced to the Audio Files Spoke modified Linn Sondek LP12. The belt swapping tests after the Pedersen suspension, subchassis and armboard modifications were referenced to the Garrard 401, SME 3012 ii. Before the second round of belt tests the Michell Orbe Singer oil was changed again for a vial of Michell supplied spindle oil, believed to be fully synthetic SAE20 oil.

In this second round of tests, two belts were ordered directly from Michell to ensure that results apply to the correctly specified and manufactured item, and to check sample to sample consistency. The first, pre-Pedersonification, belt test was undertaken with a new Michell belt in correct packaging from a Michell dealer about a year previously, compared to a regularly used belt with thousands of hours use. In the past, 3 third party belts have also been tried (from different suppliers) that claim to improve performance. These claim alternative materials of allegedly magical properties, which improve speed consistency, longevity and wash whiter. Every sample failed. Each one of these aftermarket round section belts had been constructed with a glued joint and this joint failed fairly quickly on every sample. The suppliers did quickly refund the purchase and shipping charges.

Before the latest belt tests were undertaken, the Orbe platter rim and pulley were scrubbed with Swarfega and rinsed and dried thoroughly to remove all traces of any oils. The new belts were lightly wiped with dry lint free cloth and the old belt was rinsed with pure water and has periodically been wiped over throughout its life. When learning Linn LP12 set up your Old Scribe was taught that on first play a Linn flat belt will acquire a directional surface nap and that replacing in the same direction ensures that the belt immediately resumes the same friction condition, rather than 'running in' again.

This surface nap idea has never been claimed for round section belts, but to undermine any challenge to consistent methodology, all the belts involved in this test were used in the same orientation every time. The old one has been used both ways throughout its life but the same way throughout this test.

The change from the old belt to the first new sample is a shock. It sounds slower. Pitch accuracy sounds more consistent with the new belt. Bass sounds firmer with the new belt; rhythm sounds more consistent with the new belt, but overall the turntable sounds slightly slower. This was not slow enough to affect pitch for any listener (this one included) neither blessed nor cursed with perfect pitch. Pitch is consistent, even during heavily modulated bass during Lou Reed's end of side Walk on the Wild Side, where stylus drag would be less than from a side opener, due to the lower groove velocity. The more brutal test of Tapper Zukie's MPLA confirms this result. The first new belt offers better pitch stability but sounds slightly slower.

The second sample of the brand new belts was similar to the first. Coming immediately after the first new belt sample, the speed did not seem quite so slowed and the soundstage seemed bigger in every dimension. This just demonstrates how misleading A-B comparisons are, despite efforts to ensure each belt was running identically straight and level and despite their coming from the same batch, a listener can be fooled by other factors. When all three belts were repeatedly tried back to back the initially perceived difference between the two new belts gradually diminished until disappearing in a puff of extended experience. A more superficial listening session, driven by a publishing deadline might have reported misleading first impressions, from which readers would wrongly infer sample inconsistency.

However, it remains that both new belts run slightly slower than a stretched and worn, therefore thinner section, old belt. When we consider the tiny quantities of electro-mechanical action involved in vinyl replay, the capacity for small systemic changes to wreak large audible sequelae are difficult to predict. Equally, connecting a mechanical characteristic to an audible effect may escape the keyboard warrior and should be the preserve of the turntable design engineer.

Extended listening of all three belts converged on findings that:

The percussive qualities and pitch consistency were most explicitly clear from the Keith Jarret Köln concert. Audio reviewers who fail to self-identify as wannabe wine writers will drone on about being able to hear the limitations of the Bösendorfer baby grand piano, rapidly set up by technicians when the correct piano was unavailable, being more audible after some wire related ritual, blah blah blah. To this listener, it's obvious that there is more of whatever it is with a new belt than with the old one. Left hand banging away at a piano is a great test of turntable dynamic wow and this double LP demonstrated the difference between new and old belts, while the measured difference between the two new belts was inaudible.

The length of the 10 year old belt was measured against the newest 2 belts showing the degree of stretch, as seen in the photo above. The 10 year old belt had also become worn thinner, and formed a naturally tighter radius by gravity. Multiple tests were carried out with various iPhone apps. The iPhone was placed, centred on its own centre of gravity, flat on top of the Orbe SE clamp. Because the mass of the phone will affect the platter rotational inertia, the actual figures should be ignored. Consider this as a comparative test, not an absolute measurement of accuracy. Three different apps were tried with consistently comparable results, even though the absolute figures did vary, the measured order of merit was the same. 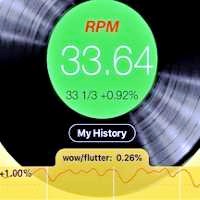 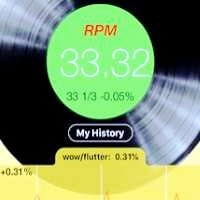 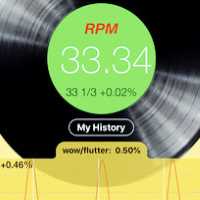 The measured results are without adjusting pitch on the motor power supply in order to provide only comparison. Here the results for brand new belts seem to be not much better than an old belt. However, unloaded by stylus drag or vinyl mass, the measured results could be misleading as they do not correlate with the obvious improvement in sound quality from a new belt. Attempts to measure dynamic wow with something as simple as a phone app proved too inconsistent and therefore unreliable to publish.

The new belts might also improve over time as any uneven surface runs in through slippage of the motor pulley at start up. The next experiment will be with two belts, which were briefly used by Michell themselves, over 30 years ago.

“Is that all there is?” complain Plebs Chorus, stage left, “Just trying out a couple of new belts?”

The differences between old and new belts is consistent from sample to sample. The results were consistent before and after the Pedersen subchassis and suspesion modifications, from which we may infer that the differences are belt related and may be transferable to other round section platter rim turntable belts.

A new belt can rejuvenate a turntable, even when no deterioration in sound had been noticed. This test used an old but regularly played belt. A younger belt with much lower mileage (tens of discs rather than thousands) stored in a drawer for 10 years was considerably inferior to the one worn thin by use every week. New belts may not seem measurably superior but were audibly superior from the first disc.

Some wire is used to join these components together. No interconnects cost more than 10% of the device at each end, much of it made by the Old Scribe from high quality components without Pixie Dust. Old Scribe amplifier-to-loudspeaker wire (full range, mid-range, tweeter) is ultra-low impedance Black Rhodium S900, a low-Z variation (3x3mm^2 csa) on the Black Rhodium S300 & S600 cable that came out well in Ben Duncan's objective and subjective correlation tests, selected primarily to match the OPT/driver damping factor, not for any magical qualities. Bass only loudspeaker cable Naim NACA 5, which remains rarely challenged below 300Hz. Mains is supplied by an audio only ring main with Radex earth (ground) non-inductive connections and a technical earth. Crossover and power amplifiers fed by a minimum connections hydra. Sources and pre-amp from terminal blocks within the audio only ring.