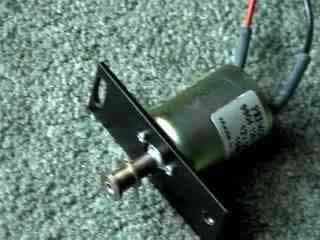 Origin Live is a name that will be familiar to many readers of the hi-fi press for their products aimed at raising the standard of music reproduction from vinyl at accessible cost.
Their turntable kits begin at around 250 euros and have received comparisons with turntables costing many times more than this. They also market up-grade kits for Rega arms that cost a similar sum and have also attracted similar value-for-money comparisons.
Recently the company have extolled the virtues of using a DC-motor to drive the platter.

The kit retails at 400 euros and is aimed at enthusiasts with modest front ends but is also claimed to bring benefits to mid-priced turntables such as the LP12. External power supplies for this deck normally run at 3 times this price and either take the form of large transformers to drive the ac-motor or synthesised ac supplies which have the advantage of speed selection. Using dc rather than ac to spin the platter fits with my mains-isolation philosophy.

In my last article I discussed the various energy transformation processes that are involved in reproducing music with a Hi-Fi system. Even the vinyl turntable, which is fundamentally a very simple device, is susceptible to energetic interactions that can conspire to degrade the quality of the sound.
This part of the hi-fi system is especially sensitive to mechanical vibration. It can be also be affected by electrical noise. Mechanical noise can arise from the surrounding environment or generated by the bearing as the platter rotates or by the motor. Most high quality turntables are engineered to isolate the stylus from these noise sources, and vibrations can be further damped by the use of accessories. The electrical noise can be introduced at the cartridge or via the motor power supply.

Over the years I have taken steps to "isolate" my system from mains noise by the use of large transformers, capacitor banks and regulation. The exception to this is the LP12 deck, since like most vinyl spinners, it uses an AC motor.
I use a 350 VA toroid and a phase shifting (not energy storage) capacitor network to drive the LP12 ac motor, which gives a sound having a smooth high frequency content and plenty of low end grunt.
However, I have often wondered about the possible transparency of the transformer to mains-borne noise that could be limiting to some degree the full potential of the deck. 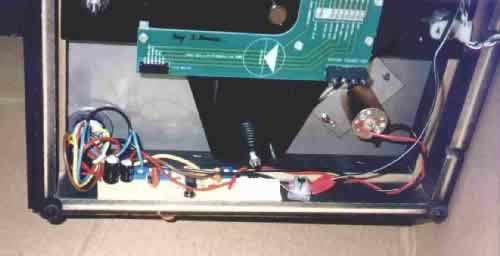 It was therefore with no little interest that I unpacked the Origin Live dc motor kit. This product consists of a commercial encapsulated power supply that provides the low voltage supply set to 4.5V, a regulation circuit and the motor mounted on a small base plate. The motor is billed as being "highly advanced" and "non-cogging".
The regulation allows for both 33 and 45 rpm settings by adjusting four presets. So here is a product that in principle offers greater isolation from the mains supply and smoother mechanical energy than my set-up. Plus the useful ability to change rotation speed, providing access to all that cheap 45 rpm vinyl one encounters at car boot sales.

My kit was provided with the circuit pre-assembled but I would judge that it would take no more than two hours to put together using the clear instructions provided. If you want the regulation circuit to be assembled by Origin Live you pay an extra 40 euros.
Installation of the motor on the LP12 is straightforward but other decks might require holes being drilled in the top plate. The motor base plate has a hole on one side and a slot on the other which allows for belt tension adjustment.
The motor pulley has a smaller diameter than the one attached to the ac motor which required full use of the adjustment provided to get adequate tension on the drive belt. The most onerous part of the installation was setting the platter speed by adjusting a pair of presets for each speed setting.
This took me about half an hour, but from now on kits will be supplied with a strobe which should make this process much easier and quicker.

The picture shows how the kit may be fitted inside the deck. In my trial I housed the circuitry in an external shielded box.

The motor drive voltage is only 1.5v volts and takes several seconds to run the platter up to speed. However, as I do not switch the turntable on and off when changing records this is not a problem in my view. Indeed I believe what is important is the stability of the energy transfer processes.
Once up to speed, energy is removed from the system by the friction in the bearing and the contact of the stylus on the record. The platter stores energy to keep the rotation constant under the variability of the stylus resistance and any other energy sapping influences that would conspire to degrade the timing if not tamed.
So what the motor needs to do is rotate at a constant speed and have enough torque to inject energy at a constant and uniform rate, once the platter is spinning.

The instructions advise running the motor-in for several hours at full speed and I can confirm that the motor does need a bedding-in period. Upon first switching on, however, there was a greater delicacy to the presentation and lightness of touch that was quite startling.
The first record set spinning was Dire Straits' Ride Across The River and initially it sounded faster to the extent that, even though the pitch sounded fine, I double checked the speed setting. I put the greater pace down to the better definition of the cymbal work. As I tried more and more records this more refined articulation of complex high frequency sound was for me the greatest gain obtained from the kit.

With the greater detail came more sense of space, and as this was accompanied by an apparently lower level of surface noise, the sound was more open and expressive. However, the sound was leaner than I had become used to and for a bass guitar fan I had to reset my perspectives.
The drive and timing were there in abundance, but I felt I had lost some weight behind notes that albeit were better defined.

The kit improved during the three weeks of the trial and upon returning to the ac motor driven by the big torroid I confirmed the greater weight of this original arrangement. But, and this is a big but, I missed the delicacy of the dc-motor set up. Also the bass, although heavier seemed not as deep as with the Origin Live kit.
Take the live version of "Still In Love With You" by Thin Lizzy which I have always considered to be a guitar and vocals song. With the dc-motor the drum work demanded more of my attention due to the more expressive cymbal work than I have previously appreciated. The vocal articulation was also better; the words "pieces" and "ceases" had finer structure and less siblance. But the bass weight was diminished somewhat.

After writing the first draft of this review I was drawn back to the dc-motor kit and confirmed just how musical the set up was with the dc-motor in position. The turntable was extracting detail with such clarity that it occured to me that I could adjust the tonal balance of the reproduction to bring back the bass weight.
As I use an active amplification arrangement, I decided to lift the base weight by increasing the gain of the low frequency circuits.
I would estimate that a bass lift of about 1-2 dB was all that was required to bring back the bass power that I had missed when I first installed the kit. This small adjustment brought about that seldom experienced feeling of wanting to hear the entire record collection to explore the music afresh.
Several weeks later the dc-motor is still in place and I have about 150 records to go!

I am advised by Origin Live that they are planning to launch a new power supply with a large, especially designed transformer to provide improved weight in the lower registers.
A money back guarantee is offered on this product and if you are thinking of upgrading your system, investing around 400 euros in the Origin Live dc-motor kit should be high on your list for consideration.
If you are planning to upgrade your turntable power supply then how about changing to dc for probably significantly less money and a moderate amount of DIY?