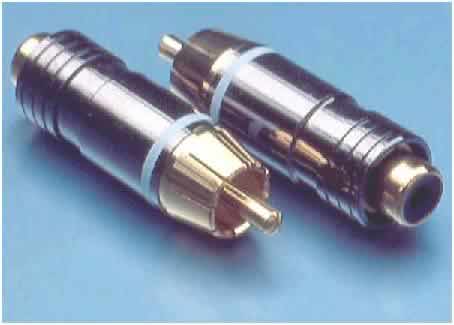 The sole role of your Hi-Fi system is to extract the information recorded on your source material and generate sufficient power to drive your chosen loudspeakers.
Ideally, apart from any required equalisation, nothing should be added and nothing should be taken away. Of course the signal chain adds both noise and distortion. One source of distortion arises from feeding one component in the chain with too large a signal from its preceding component.
A common problem occours when the power amp is matched to speakers of such high sensitivity, that the signal from the preamplifier need only be a small fraction of the maximum obtainable in order to drive the loudspeakers to the required volume. This results in the volume control being set at close to its lower limit, where often the channel matching is not at its best.
A more effective volume control setting can be achieved by attenuating the signal either to the preamplifier or power amplifier. The key to this approach is to reduce the signal strength without modifying it in any other way, either by creating impedance imbalance, adding noise or causing distortion.

Rothwell sell attenuators for exactly this purpose. These are simple devices based on potential dividers housed in otherwise straight-through female-male phono plugs. The trick in making these work well is the choice of resistors so that there is close channel matching (claimed to be 0.1 dB) and appropriate input and output impedance. These devices therefore are designed to provide a purely passive resistive load that gives 10dB signal attenuation.

In my system I had a very specific application in mind when I was asked to test these accessories. I have a heavily modified active system based around Naim audio boards, recovered from very early components. That is to say that the frequency filtering is performed between the pre and power amps by an active crossover. The active crossover provides third order filtering with both input buffers and output amplification to compensate for the 3dB per order loss in the filters.
Whilst this set up provides a wonderfully fast, pure and powerful sound, the active crossover does increase the noise floor such that with no signal it is just audible when seated in the listening position. Not a major issue but a little annoying when listening to quite passages.
With the attenuators placed at the input to the power amplifiers, the background hiss was inaudible except when a few inches from the tweeters. In the listening position the system was silent - exactly the result I was hoping for.

But the real test was whether there was any audible degradation in the sound quality. After a number of A/B testing sessions with and without the attenuators in place I could discern no change in signal quality.
The only difference was that the volume control had to be set to about 2 o'clock with the attenuators in place rather than the normal 10 o'clock. In my system this is not an issue as there is plenty of headroom in the amplifiers. Additionally, as the volume control is normally set between 10 and 12 o'clock, well away from the lower limit, I did not expect to benefit from any improved resistance matching in the channels.

In conclusion then, these are very useful devices for improving signal to noise. In some systems that suffer from a large excess in signal (unlike my own which is well-matched) there might be much larger gains to be had. They are certainly very effective in my system and as far I can tell simply reduce the signal and nothing more - exactly as it should be! Whilst it may be possible to DIY such a device, I hardly think it worth it since channel and impedance matching will take some time and a good selection of resistors. A well finished and effective device from Rothwell offered at a sensible price that in some systems could be the most cost effective up-grade on the market.