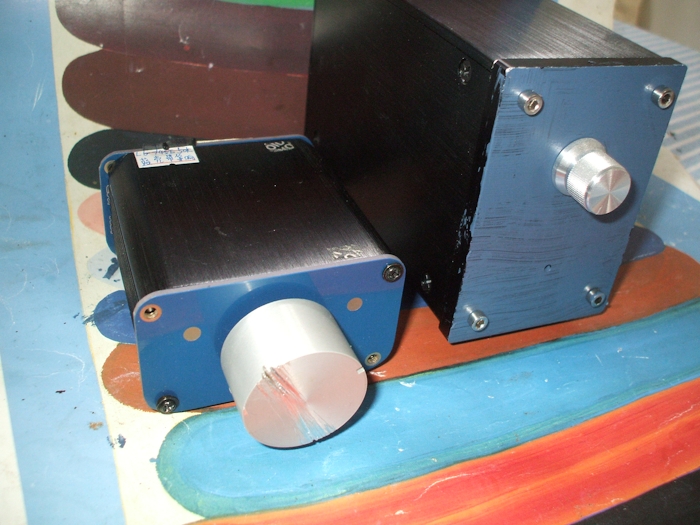 Two passive attenuators were compared: a DIY bulk foil built shunt type passive and a prefabricated SMD thin film ladder type. Shunt type passives are reasonably OK to build, either as a component build-up or from a kit. For this build I assembled the components and used Vishay bulk foil resistors (Ebay, RCK RS92N, 0.1% 2ppm), one for each channel, as the series resistors. The shunt to ground resistors do not really impact on sound. The SMD thin film attenuator is manufactured by Allo and came as a prefabricated ladder unit populated with E192 (0.1% 25ppm) thin film resistors. For build ease and consistency the two pre-amplifiers were built with one input and one output, were both 10k ohm, and used similar quality phono sockets, parts and wiring. The housings were different but approximately the same length. 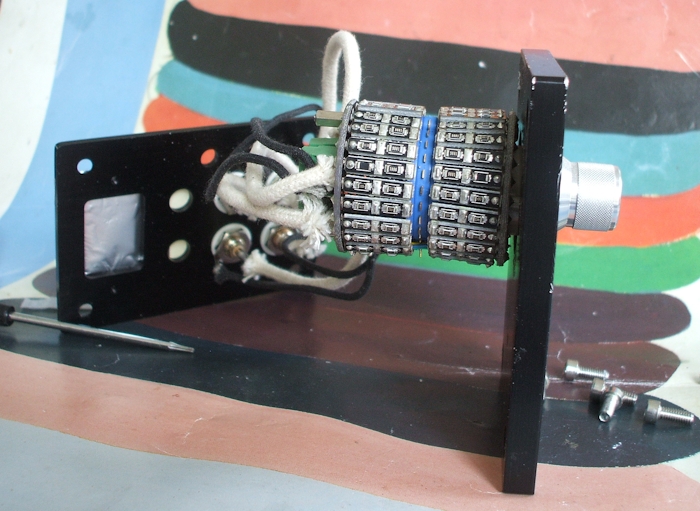 Thomas Ades's “Living Toys” CD is difficult to get right. It can come across as slow, laboured and a bit boring if the transients are wrong. The thin film SMD ladder played this CD with the right amount of pace and with a fleetness. There's good bass, detail and the top end sounded good. Higher octave wind instrument notes were not jarring and sounded fine. SMD resistors have a small case size, are neither spiral or wire wound, don't have lead wires and hence have low stray inductance because of this which may contribute to a good high frequency response.

Listening to Toru Takemitsu (complete works for solo piano Paul Crossley playing), with the thin film fitted, this was not played well: there was too much of a tonal separation between the bass and treble and the treble was strident. It did not sound good. This was the first cd played that morning and the attenuator needed a burn-in or warm-up period. Vishay cites burn-in as one of the factors defining stability of thin film resistors. Further one commentator notes: If deprived of a burn-in period, the application may require a whopping 4-5000 hours in operation to fully stabilise. Re-listening to the Takemitsu piano piece but this time with a few hours of attenuator play, the piano reproduction now sounds much better. The treble is not strident, there is more instrument body and the music flow is even. It's an enjoyable listen: I really like the sound.

I used a burn in disk with the thin film ladder SMD attenuator, and this did improve the reproduction sound of subsequent CDs. Listening to Castiglioni's upper register piano pieces this is very listenable with the warmed up SMD thin film attenuator. The treble is good and full of tone, nearly the best I've heard for this CD. 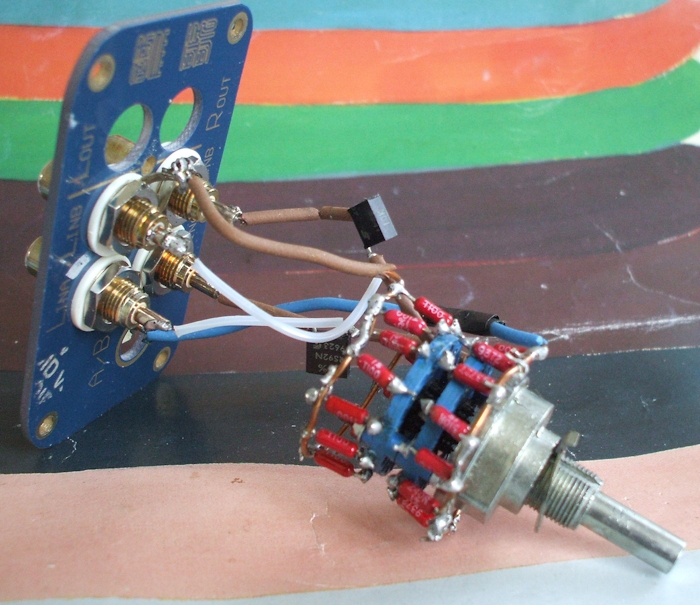 Detail is very good with the foil resistor. There seems to be little or no insertion loss from the fitted resistor. I really notice this with mass vocal and orchestral pieces. There is much less crowding out of detail or limiting of frequency extremes. I had marked the Philip Glass Glassmasters CD for re sale as a previous transformer passive preamplifier could not, I felt, handle the dense and dynamic brassy orchestra and mass vocals (Disc 1). With the Vishay foil this CD played in a full and engaging manner. There seems to be little dynamic limitation and the detail and pace were good and this made for an exciting and rewarding listen.

Listening to Philip Glass's “Akhnaten” at first you'd suspect that the foil resistor is bass light. Low frequency 1/f resistor noise can come across as an extra bass instrument. But because the foil resistor is so low in 1/f bass noise it loses that added low end added noise but gains in presenting more bass instrument detail and separation. I initially missed the added low end extra grunt of a noisier resistor.

Solo instruments and small ensembles can come across as uninvolved at high frequencies with the foil fitted compared to the SMD thin film. Toru Takimitsue solo piano (Crossley playing) came across well but sounded a bit uninvolved. Listening to another Takemitsue piece Hika Elegy (Kavafian and Serkin playing) this is full of dreamy lyricism which was there with the foil but, I felt, less so compared to the SMD thin film attenuator. The SMD played both these CDs better.

There was little or no appreciable warm up period. The series resistor, in a shunt type attenuator build, is always in circuit and warm up is easier to achieve and maintain.

The SMD thin film populated attenuator has good treble, good bass, a good presentation of instrument body and separation, and has pace enough. A perfect combination of attributes for a passive attenuator, a view shared by others. There is however the burn-in issue. This SMD ladder type attenuator needed a warm up period even after an hour of not being used. After thinking I could live with this issue in the end I couldn't. Resistors in ladder type attenuators might never burn-in as only two resistors are in circuit per channel at any one volume setting. However this Allo attenuator is a good buy specially for solo and small to mid size ensemble playing, but only if you are willing to manage the burn-in issue, it offers performance, value and build ease.

The Vishay bulk foil resistor has exceptional detail, good dynamics and pace. If you listen to large ensembles and orchestra pieces the bulk foil can not be beaten. Instrument separation is a delite. There is a mild issue of instrument weight at high and upper mid frequencies. But this foil resistor did nothing so bad to the sound.

I left the shunt attenuator, with a Vishay bulk foil fitted as the series resistor, in place.