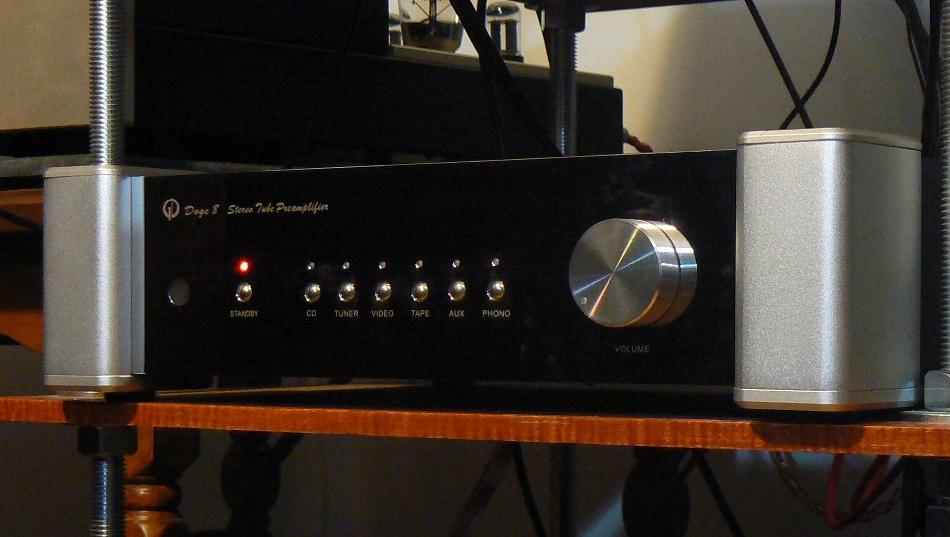 A few years ago I decided to upgrade my preamp which I considered to be the weakest component in my system at the time. Now the challenge was to find the best component possible with the budget limitation that I chose which was about $1500. Based on a solid recommendation from an audiophile whose opinion I have come to respect over the years I ordered the Doge 8.

The Doge web site indicates that the company was founded in 2003 by an ex-Jolida chief engineer and an ex-GM of Suguang's tube division. The company has a staff of 12 and their factory is located in Changsa, China. The unit was purchased from a USA distributor however Doge now exclusively sells factory-direct world wide. Doge produces a small product range under their name, all tube devices. They're also manufacturing audio equipment for “western brands”. The Doge 8 preamplifier has a small but enthusiastic user base in North America. The Doge 8 preamplifier reviewed in this article is no longer sold as it was replaced in 2014 by an upgraded model called the Doge 8 LP. 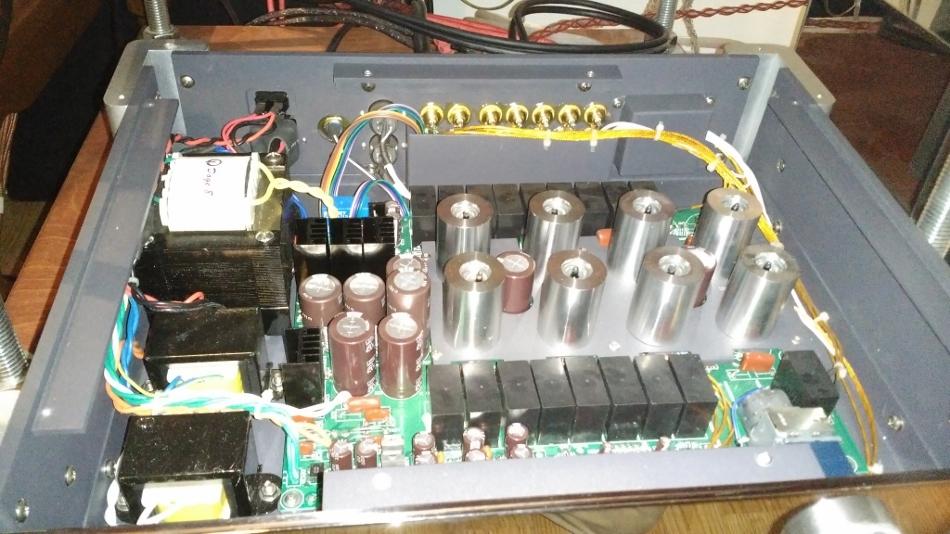 The build quality of Doge 8 is very impressive. The metal box is very heavy gauge with 6 mm side panels and the top panel is just under 4 mm thick. It is screwed down with no less than 12 machine screws. The front plate is polished to a mirror finish, note that in the photo above it appears black because the photo was taken in front of a black surface. It was the only way to remove the mirror effect in the photo. All of the buttons on the unit are spring loaded metal spheres. The remote is milled out of a solid block of aluminum with metal buttons and machine screws for the back and battery covers. The internal assembly of the preamp is equally impressive with features such as machined, spring loaded tube covers that screw down to a large metal plate that is fixed to the circuit board. Doing some research on the benefits/problems of metal tube covers and more specifically spring loaded covers one can easily find lots of opinions on both sides of the argument. I decided to rely on the Doge's designer and left them on.

This unit has a “standby switch” which when activated charges the capacitors, however does not power up the tubes in any way. When the unit is powered up from standby the power light flashes for about a minute during the tube warm up. The unit has balanced and unbalanced outputs, only the unbalanced outputs were used for this review. On the back of the unit the Doge 8 has a Moving Coil / Moving Magnet switch (MC/MM) as well as a Hi / Low input impedance switch for the phono stage.

The unit came with a 7 page manual by Doge as well as a larger manual provided by the US distributor of the time. The Doge manual is basic but delivers the essentials: specifications, layout, connections, installation and a small troubleshooting table. 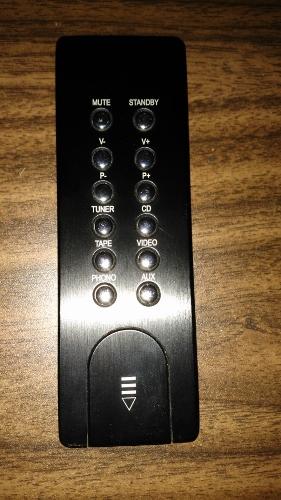 Before starting any serious listening tests the new unit was run for about 16 hours playing random lossless audio files. The dealer indicated that they ran the unit for 3 days before shipping it to me. My listening tracks included large classical orchestral works, chamber music, some of my favorite jazz recordings from the 50s and 60s as well as some Steely Dan, 10CC, Paul Simon, and Diana Krall. Most of the music used was on vinyl records. Some CDs were also used.

Compared to my old preamp, B&K Pro 10-MC, there was a significant improvement in detail, soundstage definition and a huge dynamic range. However the sound was somewhat hard, also complex multi-instrument passages came out a bit confused or unclear. There was a lack of clarity of the components especially apparent with large orchestra classical recordings. After several hours of listening the conclusion was that if that was the best that I was going to get from this unit it was going back to the dealer. It would definitely not remain in my system. However I still had something to try. While waiting to take delivery of the Doge 8, I had purchased a matched quad of 1966 NOS Seimens 12AT7s. The improvement with the NOS Seimens tubes in place was massive. All of the good things that I was hearing from the Doge 8 were still there and all the bad things were gone. The sound was full and rich and the tonal balance was superb. Large orchestral works were clear and I could pick out easily all the separate instruments. This was definitely a major improvement over both the B&K or the passive pre-stage that I had been using.

The phono stage: I reasoned that the ideal configuration would be to use my MC step-up transformers into the MM input on the Doge 8 with the switch set to the high resistance position. However nothing I tried would give me as good a sound as I had using the step-up transformer/Project Phonobox combination connected into a line input on the Doge. I decided to try the same solution that worked so well on the line stage.

I bought 4 Tung Sol 12AX7s at a local shop. I chose Tung Sol simply because it is the type that the dealer of the time was offering as an upgrade to the no-name Chinese tubes and the price was quite reasonable at $19, each. When these tubes were installed the improvement was similar to the results when the original tubes in the line stage were replaced. Quite encouraging results, the overall sound was better than with the Phonobox but not by a significant margin. It was a little lean and bright. I reasoned that I needed to work on getting the cartridge loading right therefore various values of shunt resistors were applied on the output of the step up transformers (at that time I was using a Lyra Dorian cartridge into Lundahl LL9226 step-ups) I couldn't get anything to sound good using the low impedance setting on the unit so I concentrated on the high setting which the dealer indicated to be 47k ohms. After a few tries 29 ohms net cartridge loading was determined to give pretty much the same full rich sound and tonal balance that I was getting from the line stage. At 18 ohms the top end started to fade whereas at 50 ohms it started to get too bright again. The ability to adjust this value was limited by the selection of 1% metal film resistors on hand. Note: the Tung Sol phono stage tubes were later replaced with pre-war EI tubes. (1980's Yugoslavia Elektronska Industrija Nis).

Besides the qualities already mentioned the Doge has a quite acceptable noise level and sound floor. Its important to keep in mind that the test system includes Canary amps which I have found to be not the quietest. The insertion of the Doge 8 into the system didn't contribute any detectable deterioration of the noise level of the overall system.

One really standout change that was already mentioned is the dynamic range; its absolutely huge. The variation of sound level from quiet passages to loud passages on classical recordings is really beyond anything I have heard before on any system.

So the Doge 8 remains in my system and is now my reference preamp. With good tubes it beats by a wide margin anything else I have ever tried. The opportunity to perform a head to head comparison between this unit and any high end comparables has not occurred however listening to other systems has indicated that it is certainly a worthy competitor. However, in my opinion, unless the original no-name Chinese tubes are replaced its not even worth considering.

As with pretty much every set up there is something that is not quite perfect. The output of the Doge 8 is about 2.2 volts and the input sensitivity of the Canary monoblocks is about 0.75 volts. Together with the sensitive Coincident Total Victory speakers the result is that the useable volume range on the Doge is 0 to 25% of full scale. Anything above that is just too loud. As a consequence the volume control is a little too sensitive and a light finger on the remote volume button is necessary in order to not overshoot the desired setting.

I have found that over time I have come to use a lower volume setting for listening sessions. At first I attributed this to the oversensitive volume control and the big dynamics but it may be that it has more to do with the fact that there is more musical content in what I am hearing now as compared to previous configurations; this may preclude the tendency to increase the volume to get the full musical experience out of the recording.