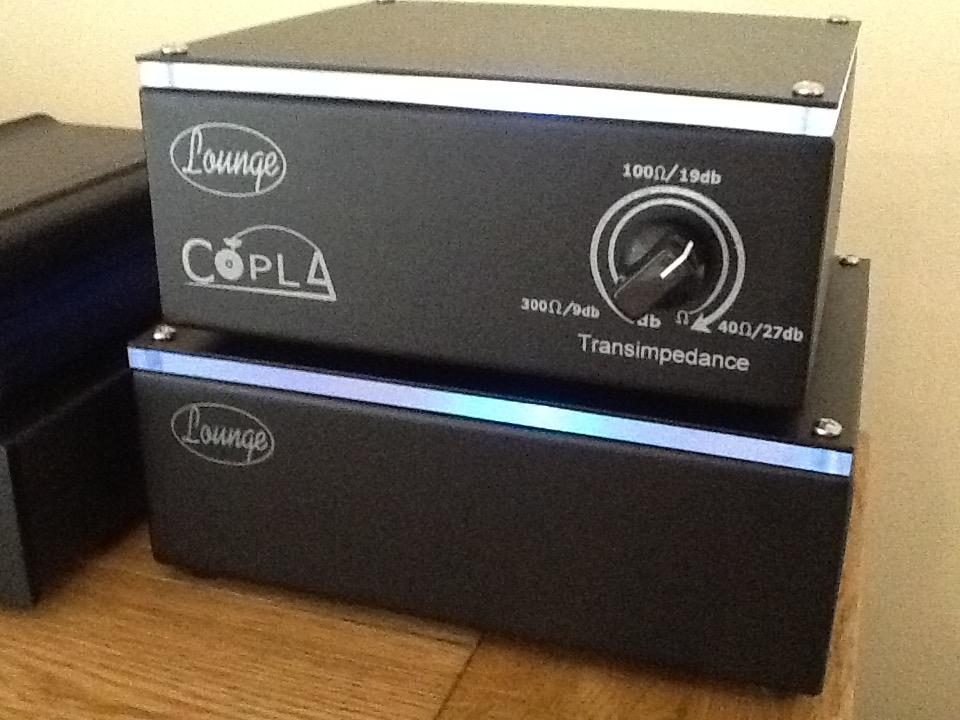 A joy-bringing kit for the budget-conscious vinyl audiophile

Regular readers will recall that I've recently had the great good fortune to discover the charms of a Hana EL moving coil cartridge mounted on The Wand tonearm. In my recent review article (to be published), I waxed lyrical about the virtues of this pairing and the consequent rediscovery of the fabulous music preserved in my record collection. Just when I thought that I had reached the new pinnacle of my 40+ years home audio passion, along comes a couple of short video clips on YouTube which seemed to be showing me another option for taking things another step or two. What I saw in those videos was a description of the performance of a US-made passive MM phono preamp - the LCR Mk III - and an engaging explanation by the designer Robert Morin of a matching active MC step-up preamp - the Copla. When I realised what these products do and then heard the prices, I was determined to find out more. Company President and designer Robert Morin generously agreed to supply sample units with special hum-killing interconnects for audition. I've had the pair running in my system for 3 weeks, and my conclusion came easily. This might just be the most exciting innovative product concept that I have had the pleasure of investigating in my long association with hi-fi music playback. Revelatory record reproduction, indeed!

I see my job at TNT-Audio as connecting clever innovators with discerning hi-fi enthusiasts, and so I immediately recognised these two products as just what our readers love to read about, and I feel sure that they deserve more attention. And I really wanted to hear how they affect the sound of my music compared with my Clearaudio Nanophono pre-amplifier. What I hear is a cartridge better matched to my amplifier, bringing forth richness and tone that elevates my record listening to a new level of pleasure. So I found myself returning to my go-to records soon after my recent cartridge-tonearm pairing experiment. Now the Hana EL on it's The Wand mounting is running through the Copla moving coil step-up preamp and the LCR MkIII moving magnet preamp, all interconnected with Lounge Audio handmade special hum-defeating cables. These preamps from Lounge Audio of Los Angeles are very interesting for the potential to tailor the performance of the cartridge to different types of record production. I've not tried this technique before, and felt that our readers would likely be fascinated. 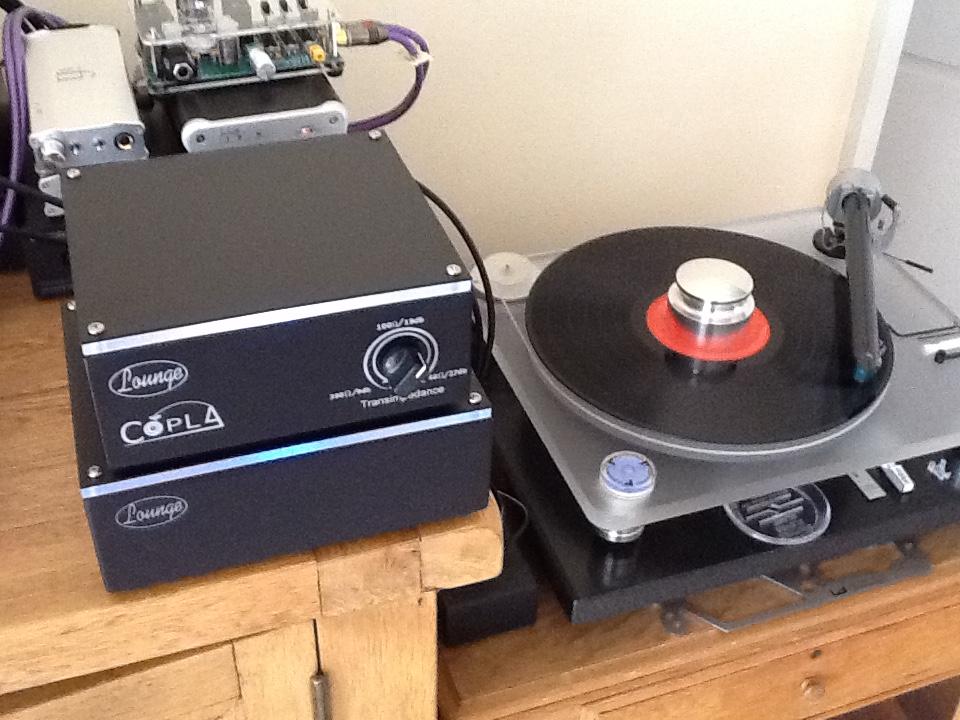 Whilst I am in no measure an electronics expert, I graduated in Physics (a long time ago!) and have trained in audio circuit design and repair (albeit also many years ago), so I get the concepts on which the units' designs are founded, and so I was more than enthused to try the combination out in my daily listening. Developed over 5 years with special attention to component slew-rate vs low frequency noise, the LCR MkIII is a passive inductor-capacitor-resistor de-emphasis network that ‘decodes' recordings processed onto vinyl under the RIAA emphasis contour. The LCR option for de-emphasising a record has long been, I understand, the sought-after way, but has been considered expensive. Lounge Audio seem to have resolved that issue! The unit is dual-mono using high-speed op-amps, with no switches and no surface-mount parts. All critical components, especially the inductors, are hand-matched. The Copla is an active moving-coil impedance/gain “transimpedance” control (providing continuous adjustment from 300 Ω - 9 dB to 40 Ω - 27 dB), sometimes referred to as a head amp, and the electronic equivalent of a step-up transformer. Lounge Audio describe it as like a “tone control” allowing users to dial in to the best-sounding equalisation curve for the record on the turntable.

Even during the first day out of the boxes, this combination is so obviously superior to my Clearaudio Nanophono preamplifier - more detailed and warm - more life in the rendering of my music as the characters of instruments shine through with authority, and that makes for a captivating music playback experience. What is immediately noticeable is both detail and the distinct character of each instrument. The presentation is seemingly not smearing the soundstage, but delivering music in a fluid and lively way, such that passages run separately without melding into a single melee of sound. The producer's mix can be understood as the co-location of interplaying contributions rather than as a blending into a granular conglomerate on two channels. I've got albums that I've played many times since the mid 1970s that have never before given up so much detail, layering, and realism - just splendid music coming forward with depth and vitality, and no sign of background noise or constraint. I can recall a period when turning up the volume would bring out surface noise and a louder presentation. With the Lounge Audio gear, the music is bigger but also deeper and more dynamic, not merely louder. As they ‘burn in' they sound even sweeter and musical, bringing records to life. 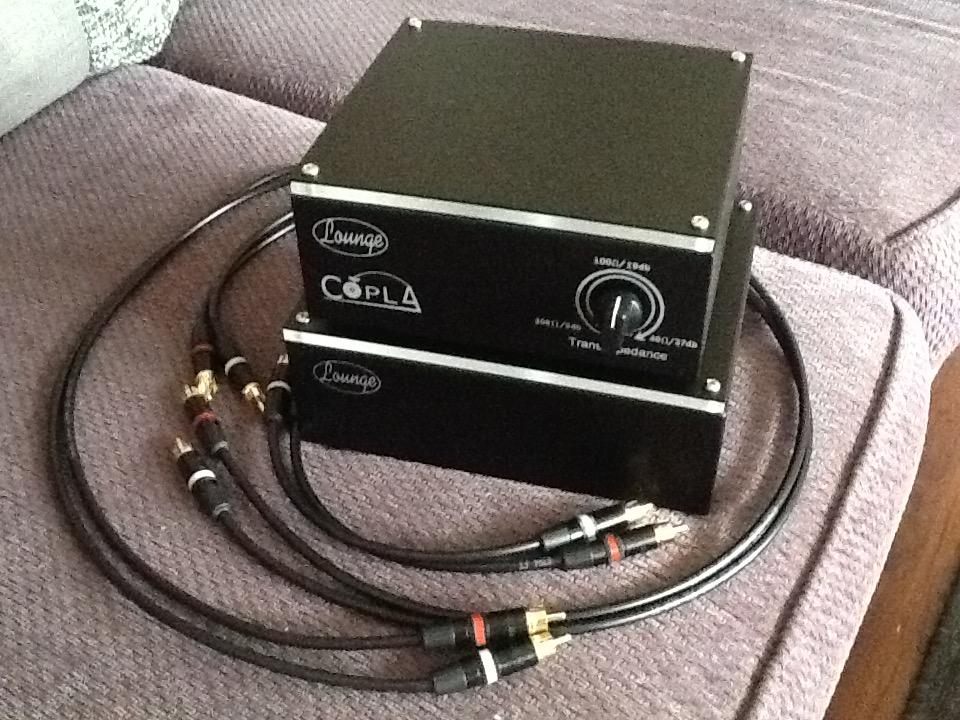 What makes these products especially notable is both the effect on listening pleasure, and that they are designed, handbuilt and individually tuned in California, and they still undercut the price of any other serious phono stage, in many cases by a large - and I mean large - margin. But don't be fooled by, or be put off by, the prices. This is a ‘real thing' combo. At these prices, you cannot be serious! With those words made infamous by John McEnroe and ringing in my head, I have to tell you that they are outstanding creations - delivering magical performance at marvellous value-for-money. I asked about the names, and learned that the copla is a poetic form of four verses found in many Spanish popular songs as well as in Spanish language literature. There is a related musical genre of the same name. The form is also found widely in Latin America. The name derives from the Latin copula, meaning "link" or "union". LCR quite simply refers to inductor, capacitor, resistor.

Because of Lounge Audio's generosity in co-operating for this review, I also was able to try their great value 375 g machined aluminium record weight in comparison with my Souther Clever Clamp that was supplied with the Clearaudio Emotion SE kit. This was another revelation, bringing weight and solidity to my record playback. Back in my earlier hi-fi adventures, I wondered how to get beyond the point where playing a record sounded like playing a record. Today, I have heard music flowing. The record playback is out of mind. I have reached the holy grail - without bankrupting the family. 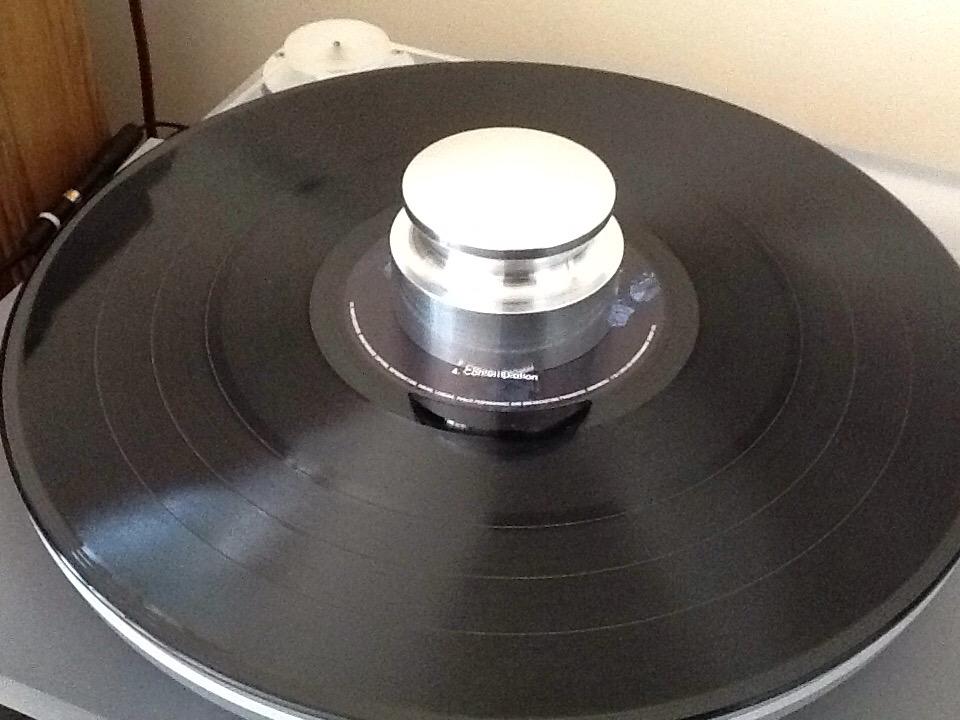 In combination, this is joy-bringing kit for the budget-conscious vinyl audiophile. Scratch that - for anyone serious about enjoying music from records, regardless of cost. That is some achievement for Robert and his design prowess. Robert told me that he wants to apply his music and recording studio electronics knowledge to bring studio technology principles affordably into home listening, and has a tube front-end MC stage in development at the time of writing this article. That I would like to add to my music playback. The Lounge Audio company are joy-bringers. And for that I thank them, and for their delightfully friendly co-operation which made this listening time and review both possible and enchanting. I wish them further success with their business venture.

You can meet Robert as he does an impassioned explanation of the technicalities of how the Copla delivers musicality, on video here.