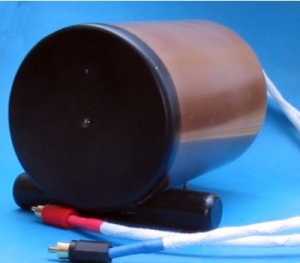 How time flies! It seems like only the other month that I reviewed the Resurrector, a module that was built into an amplifier and used phantom drivers as some kind of feedback system to enhance the accuracy of the amplifier. I was very impressed by the Resurrector but it never caught on. Perhaps asking people to build something into their amplifiers, and use phantom drivers, was asking too much. Undeterred, the inventor of the Resurrector has come up with another gizmo that he calls the Resurrector Two. That may be a bit misleading because whatever it is, it isn't the same thing as the original Resurrector. It is not built in to the amplifier like the original, and there is no need for the phantom drivers. However, the inventor, Marek Klimczak, stuck with the name because he claims that the R2 also "brings the music back to life". Apparently, the R2 is designed to make CD/digital sources produce a similar sonic character to that of vinyl played on a turntable.

The Resurrector Two will be supplied not only as a DIY module to be cobbled into your system, but also as a finished product that will be plug-and-play. There will also be a demonstration module that will allow potential customers to try the R2 in their own systems, and switch it in and out by means of remote control. That should make it pretty easy to assess the R2 as you listen. For the review I was supplied with the demonstration unit (picture below), and a module that I built into my own case (top picture). The demonstration unit comes with flying leads attached and only requires plugging in to the other equipment, and attaching a mains lead via the IEC inlet socket. A remote control handset is supplied, and it is just a matter of pressing one button to switch in the R2, and another to bypass it.

I installed the R2 in my main system that was by now getting rather complicated! Source was a modified SB3 feeding a Monica3 DAC via the Behringer DEQ2496. The Monica3 fed a Burson buffer and the R2 was plugged in after the buffer, and then into the volume control unit. From the volume control the signal was split to a Virtue V1 amp, and to an active filter unit that supplied the amp to the woofers on the Hawthorne Audio Duet open baffle speakers. Yes, there are cables everywhere and it requires a bit of concentration to make sure that everything is connected correctly! 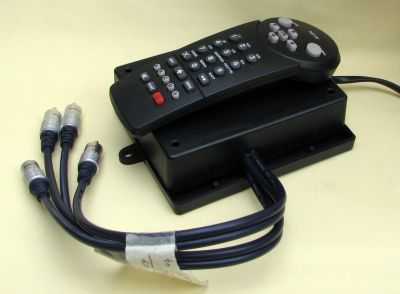 So what does the R2 do? The very first impression when it is switched in is that the volume has been turned up slightly. But further listening reveals that it is doing more than that. The claim is that the R2 brings the music back to life, and after several days of listening to the R2, that is a very good description of what it does, but not with everything that I listened to. I found it worked particularly well on recordings that were a bit 'quiet' or lacking in 'life'. I find some of the older CD recordings that I have in my collection are like that, and was pleased to discover that the R2 made an almost magical transformation on some of them. A good example was the Al Stewart album 'Bedsitter Images'. I had that album on LP and absolutely loved it. Many years later, I bought it on CD but was quite disappointed with how it sounded. I did wonder whether it was a trick of my memory but playing it again with the R2 brought back very strong memories of how it sounded on vinyl! But the R2 doesn't work so well on all tracks. Some can sound so different when heard with the R2 that it can initially sound a bit 'wrong'. Marek insists that this is simply because the R2 is allowing us to hear stuff in the recording that wasn't being heard before. I partly agree but would also add, that if the R2 changes things to such a degree from what the recording engineer could hear, we may not have the best 'balance' when using the R2. That said, it's a bit disconcerting that the difference that the R2 makes over an entire music library is rather inconsistent. Users will have to decide if the improvement it makes to some tracks justifies its place in their system.

It does appear to be critical not to overload the R2 by feeding it with a signal that is too high. This will depend a lot on the system that the R2 is put in to. For instance, in my main system, the Burson buffer that I use after the DAC adds some gain so I needed to add an attenuator to the input of the R2. Even then I found that while some albums were fine, those with a bit higher output were still 'too much' for the R2 so I had to adjust the attenuator accordingly. It's a fine line between getting the attenuator set properly so that no music overloads the R2, but the signal is still 'strong' enough for the R2 to work its magic. But don't be put off, it is possible to get a compromise that results in a reasonable improvement to a lot of the music. I actually landed up with an adjustable level control (shunt attenuator) in order to find the best compromise in my system, and would suggest that the plug-and-play version of the R2 includes one as well.

Part way through this review, Marek wrote to me and said that he had modified the R2 so that the amount of 'effect' could also be adjusted using another potentiometer. So the final version will have a degree of user adjustment to 'tune' it into different systems.

The R2 is, or is potentially, one of those controversial hi-fi tweaks that is likely to divide opinion over its effectiveness. So I wanted to be quite thorough in this review, and Marek agreed that I could send the R2 demonstrator unit to a couple of friends for their opinion. The first friend also heard the R2 doing something good on some music, but wasn't so keen on some of the other effects that he heard, citing strings that sounded bloated as one example. He took a look at the R2 on his oscilloscope and observed that the it was acting as some kind of filter, with some frequencies being boosted, and others above around 1 Khz being slightly cut. To check that out, I ran some room-correction on my system using the Behringer DEQ2496, with, and without the R2 installed. The results pretty much confirmed what my friend had found so I was expecting that with the EQ cancelling out the effects of the R2, that I wouldn't notice any difference when I played music again. But I did! In fact, if anything, the over all results were better having redone the room correction with the DEQ2496. So I think that I can discount the R2 being a simple active filter.

The second friend pretty much confirmed what the first had said, ie it did do something good on some tracks but he didn't like what it did to others and he wasn't really happy to keep it in his system. As such, I think that the only way to assess this item is to hear it in your own system, and I understand that it will be available on a trial basis where it can be returned for a full refund if the buyer isn't happy with it. The first Resurrector was fairly easy to assess for me, it worked, worked well, and was something that I felt I could strongly recommend. The R2 is a different proposition to the first Resurrector. I definitely liked what it did on some recordings, particularly the older ones like the early Al Stewart album. Ralph McTell's 'Spiral Staircase' was another that benefited, and Heart's 'Dreamboat Annie' another. I wonder if the these albums were mixed to sound good on vinyl, and as a result, sound a bit 'thin' on CD which the R2 compensates for. Of course, if it does, albums mixed to sound 'right' on CD may then sound 'wrong' when heard through the R2. It is possible to use a bypass switch with the R2 so that it can be switched in and out as preferred, and that is how I would see it being used to best effect.

This is definitely something that needs to be tried in your own system and while I liked what it does with some of my music collection, I can't give it the same unreserved endorsement that I gave to the original Resurrector.