Maggies and Moggies: Myth or Reality? 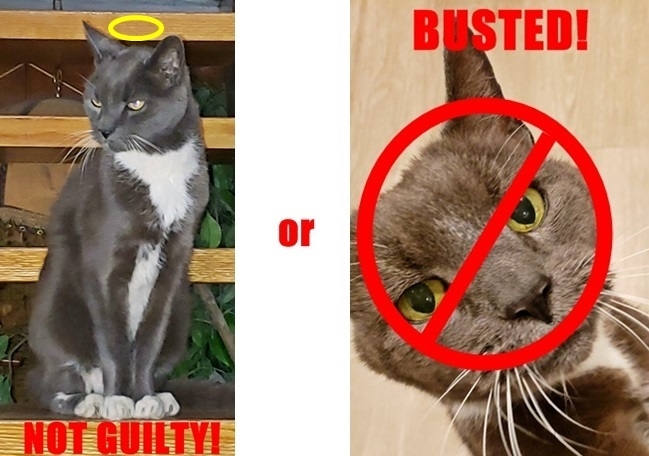 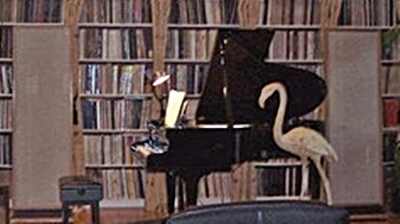 Although not directly part of my life at the moment, Magneplanar speakers, familiarly known as "Maggies," and I go back a long way.[1] I first met a pair in the middle 1980s, when I unexpectely bumped into a college friend in a distant city a couple of years after graduation. He invited me to visit his apartment, and there sat these rectangular panels in the middle of the floor. What on earth were those, I asked? Speakers? Wow. He demonstrated them briefly, and I remember liking them without being bowled over, doubtless in part because they were in a constricted space. Then, a few years later, I visited a fellow record collector in Richmond, Virginia, who had a bigger set in a big listening room, no small apartment this time, and in that larger space the things really bloomed. I was well and truly hooked, and when the opportunity to buy an old pair of my own presented itself yet more years later, I hastened to do so and lived happily with them for the next decade (photo right). Eventually, the floor space demands of parenthood led me abandon those and the big, old McIntosh amp that drove them to take a different direction entirely (see here), but I still nurse a fondness for Magnepan's big panels as a ticket to great sound.

Now, during the same period when I owned my Magneplanars, my family included not only the small biped whose growing need for floor space would prove to be their undoing but also an even smaller quadruped with pointy ears, a long tail, whiskers, and notably sharp teeth and claws. To be precise, a creature of type felidae, or, more conventionally, a cat. “Way to drag out the obvious,” I hear someone grumble. Hey, just trying to bring some a-mews-ment to the proceedings, I respond, kittenishly.

But to continue: I have since observed that mere mention of cats and Magneplanars in the same sentence, much less having them in the same household, is enough to send many audiophiles racing up the nearest tree, there to cry piteously while awaiting rescue by the local fire department. Again and again, I've seen or heard statements falling into one of two cat-egories: either "I can't have Magneplanars; I have a cat, which would use them as a scratching post," or "I can't have a cat; I have Magenplanars, and it would use them as a scratching post." Either way, the conventional folk wisdom is that cats and Magneplanars just don't mix.

On the other hand, until recently, what I had never heard was someone saying, "I had Magneplanars, and my cat destroyed them by using them as a scratching post." What's more, in all the years they had lived together, my own cat never once showed the least interest in my Magneplanars, although he certainly didn't hesitate to attack such things as chairs and carpets. (And in one memorable incident, a self-professed animal lover friend who insisted on disregarding my warnings that the cat did not like being picked up by strangers...he didn't break skin, but he did get his, uh, point across.)

One night last month, sitting around bored because TNT-Audio's summer break meant no new articles to read from my favorite webzine, I got to thinking about that, and I had the idea to explore the question through a little unscientific research. Besides writing for this august publication, I hang out as a subscriber to the Steve Hoffman Music Forums; no problem, then, to start a discussion thread there under the very same title, and with the same artwork, that I've applied to the present article. The response was not overwhelming, by any means, but there was enough to be suggestive, if not instructive.

One response did report an incident: a kitten, new to the house, shot straight at the Magneplanars and took out a tweeter with those sharp, needle-like little claws. (Of course it was a tweeter--what else would attract a cat?) The other six responses on point were negative. They ranged from "I have a cat who has never shown interest" to "I have [insert number here] cats, and I've never had a problem" to "I've never had a problem, and I've known others who had cats and never had a problem, either." So the results, if not exactly conclusive or scientific, do suggest the received wisdom "cats and Magneplanars don't mix" is at the very least overblown: six out of seven testimonies (or seven out of eight, if you count my own experience) went the other way, and the one supporting story was to some degree a special case--every cat person knows kittens are not the most predictable of creatures. On that basis, I'm thinking those who love cats and want Magneplanars probably need not worry.

Nashville cats, get work before they're two.

That said, respondents offered a few good suggestions for minimizing any risk, all taken from actual experience. One was to make sure the listening room includes a scratching post or two, treated with a little catnip spray if a new kitten is in the house. Another (cited in regard to Vandersteens, another line reputed to present cat issues) was to put protective plastic around them when not in use; the post indicated a visiting cat ignored the speakers even after, eventually, the respondent discontinued the protection. A third suggestion struck me as especially promising: buy two big pieces of foam core at a local art supply store, cut them down to size, and lean them against the Magneplanars when the system isn't in use. The suggestion was that they need not be as tall as the speakers; three feet (that's around a meter, for you metric folks) will suffice.

OK, that's enough caterwaul from me for today. If you have any experiences of your own, I'd love to hear of them, pro or con--having sold my own Magneplanars years ago, I no longer have, uh, a dog in this fight.[2]

Thanks for reading, and enjoy the mewsic--maybe something by Clawed Debussy or Darius Meow or, of course, Cat Stevens. You could also play “Nashville Cats” by The Lovin' Spoonful, which I've shamelessly ripped off for my subheadings in this article. I don't advise anything by The Doors, however, unless you fancy a round of "the in-and-out game," and you definitely should stay away from period instrument recordings: your feline friend may not appreciate instruments strung with catgut!

[1] - I presume most readers of TNT-Audio are familiar with Magneplanars, but recognizing that they may not have penetrated markets overseas as well as here in the United States, let me hasten to offer a brief description for those who might find it helpful. Manufactured by a company called Magnepan in the US town of White Bear Lake, Minnesota, Magneplanars are so-called planar-magnetic devices. Reduced to essentials, they comprise an open frame suspending a large sheet of Mylar with a long run of fine wire glued zig-zag across it (essentially a conventional speaker's voice coil unwound and laid out flat) with an array of permantent magnets behind. Passing a varying electronic audio signal through the wires causes them to interact with the magnets and vibrate the Mylar, creating sound waves just as a vibrating speaker cone would, but unlike the cone they set up a broad front instead of acting like a point source. Magneplanars are dipole radiators; they must be set out from the back and side walls, and they are notoriously power hungry, although the demand is more for high current, not merely high wattage amplification. They give the impression of tall, broad flat panels.

[2] - Unlike one respondent to the Hoffman Forums thread, who reported he once had a dog that lifted its leg on a Magneplanar. The respondent wryly observed, "I'm not sure if that was a critique of the speakers, my taste in music or he simply had to go."