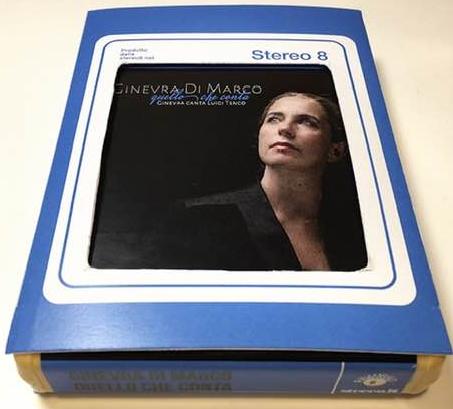 You might have already read, here on TNT-Audio, a couple of articles (Part I and Part II here) devoted to the weird comeback of compact cassettes. Believe it or not, someone is releasing Stereo 8 cassettes as well.

I can hear you, younger readers, asking “Stereo 8 cassettes...what?”. Well, the Stereo 8 cassettes date back to the Sixties (1964) and were also called 8-track tape, eight-track cartridge, eight-track tape, or simply eight-track. It was a tape-based recording medium that was popular, especially in the USA, between the Sixties and the Eighties, surpassed in popularity by its natural competitor, the Compact Cassette, which was smaller and easier to use. The only advantage of the Stereo 8 tape cartridge was that it wasn't necessary to flip it over to play the alternative set of tracks. Some swore by its better sound quality, when compared to Compact Cassettes. Of course, much of this was just hype. 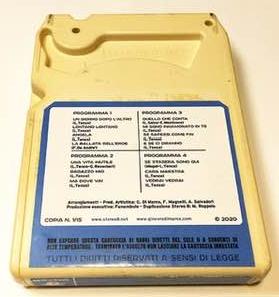 The Stereo 8 standard was created by a consortium led by Bill Lear (Lear Jet Corporation) together with Ampex (tapes), Ford Motor Company, General Motors, Motorola, and RCA Victor Records. Many US cars, at that time, were equipped with Stereo 8 cassette players. These were much less popular here in Europe.

An 8-track cartridge contained four pairs of stereo tracks. There was no rewind control, because of the design of its endless loop tape, which fed from the reel in only one direction.

Now, fast forward to 2020. Italian alternative rock artist Ginevra di Marco has just released her new album (“Quello che conta”, What matters) in a limited quantity of Stereo 8 cartridges, with the help of Mirco Roppolo, the man behind www.stereo8.net.

The project album is a tribute to the Italian singer and songwriter Luigi Tenco: after his suicide (under still unclear circumstances), in 1967, he became an icon of love and despair. This project album has been crowdfunded on Produzioni Dal Basso. The title-track, “Quello che conta”, had been written by Ennio Morricone (!!!) and Italian filmaker Luciano Salce for the soundtrack of the movie La cuccagna, and sung by Luigi Tenco in 1962.

In order to play this Stereo 8 album you need, of course, a Stereo 8 player, which is not easy to find nowadays. And if you're lucky to find one of those, it might need some serious repair. Of course, spare parts are no longer available or are extremely rare.

Hence, which is the meaning of this weird production? Frankly, I do not know. Perhaps it is a way to celebrate an artist from the Sixties with a tribute album made available on a medium of that era. Let's see what's next, this vintage trend seems to be here to stay.