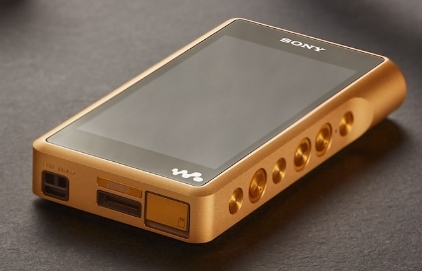 When your hair turns grey, your audio memory might become foggy, but I'm pretty sure everyone remembers when the original portable cassette player, called Walkman®, hit the market. It was in 1979. Oh well, I was 14 years old. 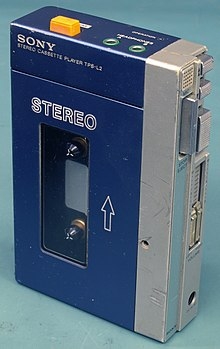 The metal-cased blue-and-silver Walkman TPS-L2 was the world's first personal stereo, and went on sale in Japan on July 1, 1979. Its introductory price was around $150.00, which is approximately 550/600$ as of today. Yes, it was expensive for a portable device. And yes, it was cool. And yes, it sounded quite good. For this reason, Sony predicted it would sell about 5,000 units a month...and they were dead wrong, since it sold more than 30,000 in the first two months!

The TPS-L2 was created by Akio Morita, Masaru Ibuka (the co-founders of SONY) and Kozo Ohsone. Before the first walkman, portable audio devices were bad-sounding and not portable at all, to be honest. And certainly they didn't deliver stereo sound, not to mention HiFi sound.

Portable audio devices today rely on music files: store your files into a built-in hard-disk or memory and you're done. Perhaps they also offer some streaming capability. Hence, it might be a good idea to revive the Walkman® myth. This is exactly what the guys at Sony have done. A new hyper-technological portable HiFi device, still called Walkman®, that should put any other portable device to shame. Let's have a look at the features.

Enter the Walkman® NW-WM1ZM2. Like its ancestor, it is enclosed in a full metal jacket (oh well, pun not intended), but this time 99.99% purity (4N) Gold-plated Oxygen-Free Copper has been used! As for the audio circuit, a custom-developed Class-D technology has been applied, the so-called Master™ HX digital amp technology, while expensive Kimber Kables have been used. Moreover, lead-free solder (containing gold!!!) has been used throughout, together with fine-tuned capacitors (FT CAP3 high polymer caps).

The digital section includes a DSD Remastering Engine where PCM files are resampled into an 11.2 MHz DSD. Moreover, your compressed files will benefit of upscaling, thanks to a proprietary DSEE Ultimate™ technology. Now, how can a compressed audio file be bettered, once the initial information has been lost (forever!), remains a mystery to me. Not to mention the DSD remastering of uncompressed files! Once the information isn't stored into the original file, there's NO WAY to improve it...unless the remastering technique doesn't alter frequencies and dynamics, with some sort of equalization and dynamic pump (like dynamic expanders of the Seventies). High resolution files can be played as well, and you can listen to 40 hours of non-stop 96kHz FLAC audio playback.

All these things come at a price, dear friends: 3,700$. Yes, three thousand and seven hundred dollars/euro/pounds/whatever. No, it is not a joke. And April 1st is nowhere near.

If you can't afford it, you can purchase the poor man's edition (with aluminium case and standard OFC cables) for just 1400$. Need I say more? This world is going crazy.