MY LIFE IN THREE HI-FI SYSTEMS 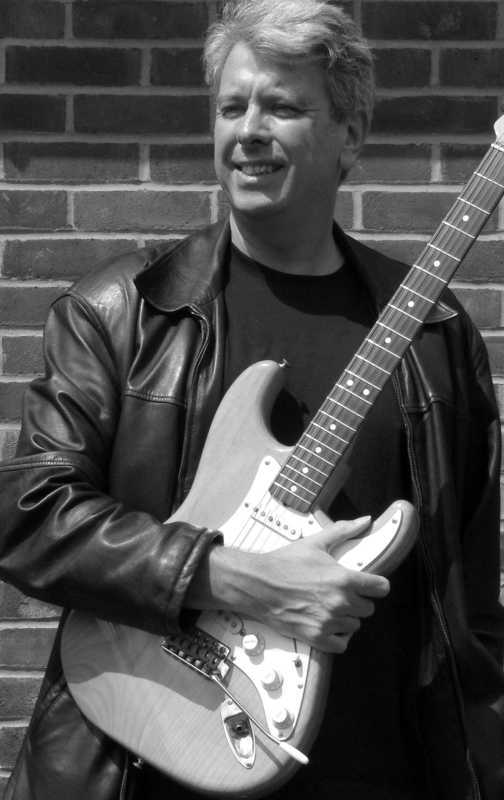 I was born half a century ago in a small seaside town in the south of England and now live just north of London. I'm a family man, work for a large corporation and have a keen interest in photography as well as music. My fascination with music, recording and hi-fi began in the early 70's with a valve powered Grundig reel to reel and a pair of headphones. My sisters' boyfriends had some great albums - Jimi Hendrix, early Pink Floyd, Leonard Cohen, and I started taping them as well as recording my own early efforts on guitar. When I was nineteen I bought my first hi-fi: a NAD 5020 deck, 3020 amp, Hitachi cassette machine, a pair of Celestion Ditton 11 loudspeakers and Sennheiser HD414 headphones. That NAD amp worked every day at the core of my little system for over twenty years, so it's good to see so many still in circulation.
Eventually the kids outgrew poking in the centre of tweeters and pulling off knobs, and CDs had been invented, so, like so many before me, I headed off down the upgrade trail.

My second system had an Arcam Alpha 8 at its centre, with Paradigm Monitor 5 speakers and Marantz CD63SE front end. A friend donated a Rega Planar 3 when he abandoned vinyl, I changed the speakers for Acoustic Energy AE509's, added an Alpha 9 power amp and was pretty happy for several years. Then the bug bit again - driven on this time by TNT Audio and ebay. I added a Cambridge Audio DAC, swapped the Arcams for triamping with T-Amps, then picked up a bargain pair of Lumley LMS250 (big, expensive, three way floorstanders). Wonderful as they are, the T-Amps wouldn't drive the Lumleys without distortion, so I moved to a Musical Fidelity integrated and finally upgraded the source, via a Cambridge Audio Azur 640c V2, to a Shanling CDT-80.
This now forms the basis of my main system while the Arcam, AE509s and a bunch of other odds and ends make up a second system in the study. I've always played guitar and recorded bits and pieces, very occasionally in professional studios, more usually with four track recorders or, more recently, on the PC. Advances in computing have transformed my recording and listening.
I can now get good results recording at home - any shortcomings being purely my own. I have a custom low noise PC with an Asus Essence STX sound card feeding high quality audio to the study hi-fi (although its software is too clunky for recording - for which I use an Alesis interface). I get a lot of my day to day listening from Spotify - the subscriber service streams at 320Kb/s - lower quality than CD but acceptable for non critical listening. I also use wi-fi to network the PC to a netbook attached, via a HotAudio USB DAC and a valve buffer, to my main system. The fact of having virtually any music instantly available more than makes up for the compromise in sound quality.
So, with all this choice, what do I listen to? The main course tends to be singer/songwriters - Rickie Lee Jones, John Martyn, Joni Mitchell, Van Morrison, Paul Simon, John Mayer, Sarah McLachlan. the Blue Nile with a side order of ECM type jazz (Pat Metheny, Jan Garbarek, Keith Jarrett, John Scofield), a spoonful of blues, soul and reggae and the occasional bit of baroque. If I'm auditioning components I'll add in the Chesky Ultimate Demonstration Disc, especially for soundstaging, some Michael Nyman and Arvo Part for timbre, and heavy rock guitar (Steve Vai or Joe Satriani) for impact.

What I'm looking for in sound is a balance of subtlety and power. I love the way a good stereo can create a virtual reality image of another space. Bass should be substantial - it's a critical element in an acoustic - but mid range purity is the most critical thing, for me, given my musical preferences. I'm generally not looking for a stereo to recreate the sound of a live performance, since I generally prefer listening to studio recordings. Having played live and been to many concerts over the years, live sound is too often compromised by poor acoustics and poor amplification to be used as a benchmark. Rather, I'm looking for sound that is a credible representation of a person or people playing music. I want to be able to follow individual instruments but don't expect each to be isolated - that doesn't happen when instruments are played together in real acoustic space. I get irritated if the system draws attention to itself by resonance, harshness, missing frequencies or other basic shortcomings. Although I can be impressed by a system that excels in one area at the expense of others, I want to be able to listen to both acoustic and electric sounds, rock, folk, jazz and classical music. I want a stereo that gets out of the way and delivers the music. Rather against the views of many experts I tend to believe in a "speakers first" approach. Although it is self evident that the sound quality of downstream components is constrained by those upstream, the sound you can get with budget front end components and expensive speakers is far better, in my experience, than expensive front end kit and budget speakers.

One of the best sounds I ever heard had an iPod as the source (say £150?) - through £30K powered speakers. I cannot believe a megabucks CD player and amplifier through £150 speakers would have come close (although I'm always prepared to be proved wrong!). In terms of reviewing, I've no particular axe to grind. I'll tell you what I think of components in a straightforward way. I like good sound. I prefer it to be cheap but recognise that quality can be expensive. I am not a great audiophile - I'm a musician, photographer and writer who happens to love good hi-fi and who wants to tell you about it. That's all.