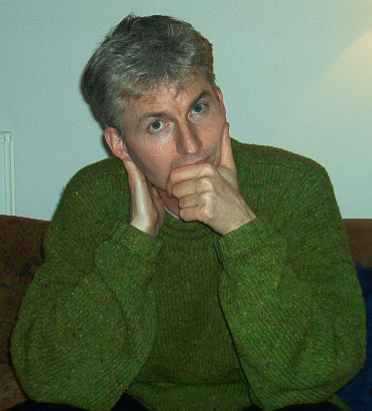 I was born in the Netherlands but I have been living in Cambridge, UK, since 1999. I trained as a cognitive scientist, but spend several years in industry as a C++ programmer. At the moment I work at a research institute in Cambridge, mostly using my programming skills to contribute to the ongoing research there, but also trying to do some research of my own, from time to time.

I have always been an audiophile, although there have been periods when you couldn't tell by looking at my system. But since I discovered eBay I have been able to make quite a lot of progress. I have been reviewing for TNT Audio since September 2005, and I'm still enjoyingit.

What I am looking for in a system is a relaxed sound that presents all details to you in a non aggressive way. I don't like excessively forward sounding systems, but I also don't like 'dead' or boring sounding systems. For me, the art of a good system is finding the balance between not adding things and not leaving things out. If a system adds to the music it will cause fatigue or irritation and you will not be able to listen to it for more that a few hours a week, but if a system leaves out too much it will not grab your attention and ultimately not communicate the music and the atmosphere. A good system lets enough through to make the music happen, but covers up the flaws that the system (and perhaps the recording) add.

My musical preference is mostly jazz from the fifties and sixties. I like the energy and rhythm, and also the fact that jazz is a performance that is necessarily live and cannot be constructed in a sound studio with over-dubs and other tricks. For me this directness is what makes this music so addictive. It is the feeling of being present at a real session, with real people playing. If my system can re-create that, I am happy!

My current system consists of:

I used to be a bit of a tweaker, and I still like to try to modify components, but I don't do that as much as I used to. And when I so, I try to limited it to modifications that are relatively easy and effective. My system is changing continuously, obviously, and currently I'm moving from a normal hifi setup to a system with active speakers. I used to play vinyl too, and had a bit of a rediscovery of analogue for a while, but I have now decided that digital is good enough nowadays, and a lot more practical. Vinyl is increasingly an expensive hobby and largely incompatible with the presence of small children and pets.

My reviews, to date: