First there was the music 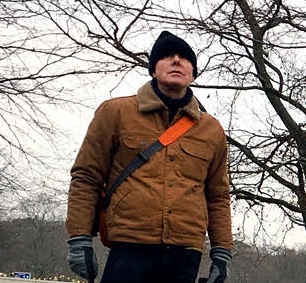 My interest in audio and Hi Fi hardware comes from my interest in music. I really like contemporary classical music. It should be called prog-classi-kal but I'm sure some would bolk at such a term. Composers like Rebecca Saunders, Gérard Grisey, Salvatore Sciarrino, Georg Friedrich Haas, Poul Ruders as well as the familiar contemporary composers like Steve Reich, Philip Glass and Morton Feldman interest me. I love the pace, the fleetingness, the timbre of layered notes played on different instruments at the same time or following one another. I love the serial as well as the atonal. The different combinations of instrument timbres and pitch. Short burst of rhythm and long structural near meditative pieces. And the so-called inner detail. When I first heard Aitsi by Giacinto Scelsi, for piano and distortion, it was on an early HiFi system and I heard mostly distortion and I could not really make out the piano: the system had worse detail performance than in-built computer speakers. With each system upgrade the piece became more resolved, better separated and the piano sounded more defined, prominent, with better tone and was easier to follow. So for me I don't just want music to be musical, although that is important, but as important is resolved detail, timbre, timing, and pace. So I'll scratch at these auditory characteristics in the Hi-Fi chain until I get the sound I can live with and that plays all, or almost all, the CDs.

And then came Hi-fi hardware

I have had a variety of audio equipment including mono block amps, vertical bi-amps, LM3886 amps, class AB and class D amplifiers and both integrated and separates. Also I've tried different types of CD players from a class A discrete output stage to a TDA1541a running in non oversampling mode. And a variety of different speakers. Over the years I have been driven to a more DIY solution. What I found is that it is possible to make up an off the shelf component system that can play say sixty to seventy five percent of my CDs but it was harder to find one that can play all the CDs well. I found that I was carouselling through equipment to meet this but never finding a solution. OK so I could dump a third of my CDs and sometimes I did get to this point. I was pulling CDs for resale when I noticed that these CDs were all by the same group of composers, like Lachenmann and Thomas Ades to name two. These were composers I had liked. It was not that the compositions were wrong, they were just not being played well. The Hi-Fi was at fault. Hence the DIY approach to try and understand what was wrong. And an interest in measurements like THD+noise as well as timing, transients and timbre resolution in the audio chain.

I try to follow Hi-Fi ideas and attempt to understand how those ideas impact on the listening experience. This is an interesting time for audio experiences and Hi-Fi ideas. The subjectivist and objectivist camps, specially on forums, have created a landscape of faults where seemingly there can be no agreement. But neither approach is wholly wrong or right. Measurements only go so far and the human ear is more sensitive than most measurement instruments, especially when it comes to reproduced music. But measurements are undoubtedly important. And when someone says only a minimal effect; minimal might be significant in music reproduction. Blind listening tests are touted to be the gold standard for comparisons. But listeners on these panels might not be so interested in music and may even be played music that they do not like or know. Further the comparison period is far too short. I find that if something is amiss in sound reproduction from changing a component that this might not appear for weeks or even months of listening to familiar material. Initially if there is an issue this might be perceived as something mild, as a sound that you think you can live with and that the change was not so bad. but after a while you realize that you can not live with the change. Or the reverse.

I am not aligned to and I am not sponsored and I have never received gratitudes or employment from any Audio, Hi-Fi or associated person or company. Any appraisal that I make is independent, and based on an honest sound assessment. I am not trying to sell or to push a position or attitude. I see Hi-fi as a broad church. I subscribe to the TNT Audio’s position on independence and of being free of editorial and of advertising influence.