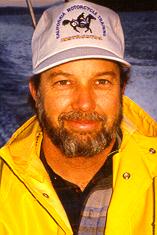 I became interested in music at a early age; my mother used to listen to Harry Belafonte, Duke Ellington, Benny Goodman, and other contemporary artists from the 40's and 50's.  The smooth, lyrical, melodic music that she favored still has a soothing effect on me.  She played her records on an old, monophonic record changer that was built into a large, TV and radio console.  I remember seeing the glowing tubes, feeling and smelling the warmth of the system nestled inside the console.  The sounds of music filled the living room as my mother did housework, singing as she worked.  At a very young age I became aware of the powerful emotional response music could evoke in a listener.

As a teenager, Elvis, the Beatles, Cream, and the rest of the 60's popular music bands filled the airwaves.  Radios were cheap and plentiful, but they didn't sound the same as records; LPs simply had much greater impact.  I tried playing a few musical instuments, but found I had little talent for it.  About this time my father brought home a new, component, solid-state stereo system from Japan, complete with a receiver, turntable, reel-to-reel tape deck, and speakers.  I remember being excited that, finally, we were going to replace the old console system.  The new stereo was fancier than anything my friends had at the time.  I was so impressed with its appearance that I didn't give a second thought whether or not it actually sounded better than the old mono unit.  I did notice that my mother seldom listened to this new stereo, but I didn't understand why until years later.  I'm not sure she did, either.

Then, one afternoon in 1967, while at a friend's house, I discovered "high fidelity."  My friend's father had an old monophonic tube system with a single speaker; I was amused by the big, glowing tubes sitting on top of the amplifier.  It was so old-fashioned.  But, when music played on it, I was captivated.  I couldn't understand why this old system sounded so intriguing, and it wasn't even stereo!  The music reached out to me in a way I hadn't heard from an audio system before.

In the busy years that followed, I forgot about the hi-fi, mono system that had surprised me so.  I started putting together a sound system for my house when I was in my early 20's.  By 1976, I had played with numerous types of stereo equipment and had set up a solid state system with which I was quite pleased.  My equipment at that time included a Nakamichi 1000 cassette deck, a Philips 212 turntable with a Shure V15 cartridge, and a Marantz integrated amplifier.  I also loved the sound of my Bang & Olufsen S45 speakers - they had a clean, natural sound.  Most other (affordable) speakers I listened to at the time sounded muffled and muddy by comparison.

In 1977, I walked into a small stereo shop in Sidney, Illinois, and, in a few minutes, realized that my stereo was not what it should be.  I stood transfixed by incredible-sounding music that was playing in the showroom of the store.  My system had great frequency response, low distortion, and all the positive, technical specifications that I believed a good stereo should have.  However, the sound emanating from the system in this little store didn't sound like "great hi-fi," it sounded like music.  Thinking it was the speakers, I looked them over carefully.  I could see nothing special about the speakers; they were very ordinary, two-way, bass reflex units with soft dome tweeters that were built in-house by the owner.  The proprietor then showed the rest of the system to me.  It consisted of a Gerrard turntable with an Audio Technica, moving-coil cartridge, a Dynaco PAS 3X preamp, and a pair of Dynaco Mark III power amplifiers.  Memories of glowing tubes came flooding back to me; I was hooked.  I purchased two Mark III kits and a new soldering iron on the spot and set to work.  After that, I bought a PAS 3X kit, and an FM3 tuner.  My system took on a new character as I replaced each solid state piece with a vacuum tube equivalent.  I continued to learn more about electronics, in general, and audio equipment specifically.  What started as a mild hobby became a passion that combined my love of music with my need to understand how things worked.

My present stereo is heavily tubed because generally, I prefer the sound of tube equipment.  I also prefer tubes because I find tube equipment easier to tinker with than solid state.  My current system is composed of various units, depending on my mood and what is available at the time.  These range from ancient, refurbished amplifiers, preamps, tuners, and turntables, to more modern equipment that isn't quite broken in yet.  I usually use a pair of moderately-priced speakers that I purchased about 18 months ago.  However, recently I have begun building speakers.  My next speaker project will be a set of horn speakers to complement a new, low-powered single-ended triode amplifier.

My first career was in weather forecasting.  I engaged primarily in data analysis.  In 1986  I completed a degree in geology and went to work in the field the following year.  While I have completed some graduate work, I never seriously pursued a graduate degree.  College and 13 years of investigations in environmental, geotechnical, and forensic geology taught me to thoroughly investigate a subject, then effectively communicate my findings to others.

Besides my current job as a geologist, I have several hobbies to keep me occupied.  In the past, I was quite obsessed with riding bicycles, then motorcycles, and finally horses.  I still enjoy riding motorcycles and bicycles, but have decided to leave horses to people who have the time, space, and money to pursue the equestrian side of life.  I teach motorcycle riding safety classes with the California Motorcyclist Safety Program on weekends.  Computers, photography, and cultivating carnivorous plants are other interests that I pursue.  As was the case before and during college, I spend time listening to music, tinkering with several pieces of audio equipment, and occasionally attending gatherings of similarly afflicted people.

Since discovering at an early age that 'newest' doesn't necessarily mean 'best,' I have preferred to form my opinions based on observations rather than believing the hype of an expensive advertizing campaign or an overzealous salesman.  Being of modest means, I try to get the most for the money I have available.  While I enjoy bringing new equipment home, sometimes buying used equipment is preferable.  I often search for ways to improve my system.  However, a change, particularly an expensive one, must be a genuine improvement, not simply the latest hype or an item that is currently fasionable.

After spending sufficient time with a product or recording for a thorough analysis, I try to report both positive and negative aspects of it - I have seldom, if ever, found anything that was either all good or all bad.  Because of engineering or financial considerations, everything is a compromise of one type or another.  Given the positive and negative aspects of a product, most people can use that information to help decide what compromise best suits their needs and select accordingly.  I truly enjoy reading people's honest opinions, which is why I enjoy TNT-Audio so much, and it is why I am so delighted to be able to contribute to TNT-Audio whenever possible.

Born in the United States, Richard currently resides about 80km east of Los Angeles in Southern California.  He is married with one son.  His son attends a local college and is planning to storm the video game industry after he graduates.  His wife teaches high school art and physical science in a nearby town.