This is not another boring show report. Here I present to you the most strange loudspeakers from that show. Maybe I missed some, but I hope this is entertaining nethertheless.

Silbatone brought a really big monster to the show, not to sell it, but rather to show the audience, how much music (not "hifi") was possible a long time ago. The WE 16B is too large for my listening room, at almosth 3m width, and it plays only mono, although in total four midrange drivers unleash their combined energy to the mirror imaged horn. In front you can see Mr. Chang from South Korea, the owner of Silbatone. The demonstration switched very often between the WE16B and the vintage style horn oudspeakers to the left and right. These other speakers use G.I.P. drivers. Needless to say, I preferred the monaural presentation of the WE16B to its modern counterparts. 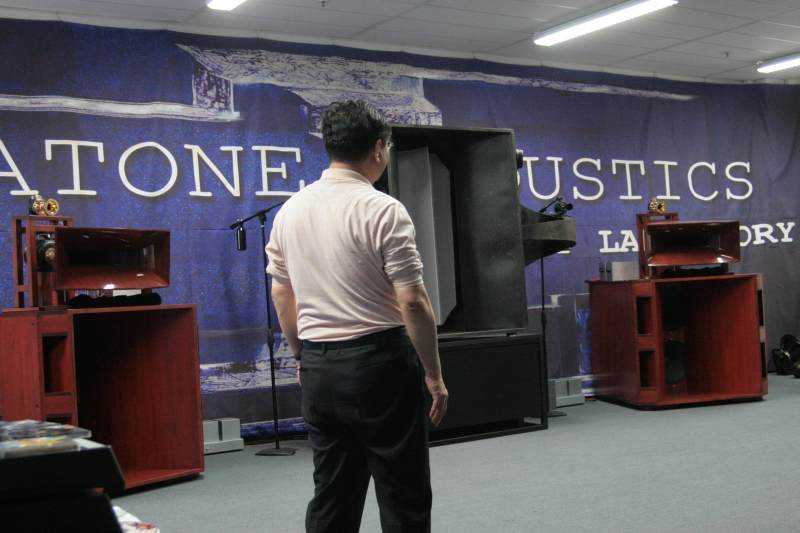 Cabasse introduced a smaller version of their flagship Sphere. The price dropped for the same ratio, now 80000 EUR instead of 100000 EUR. Does this really make a difference to clients having that money? 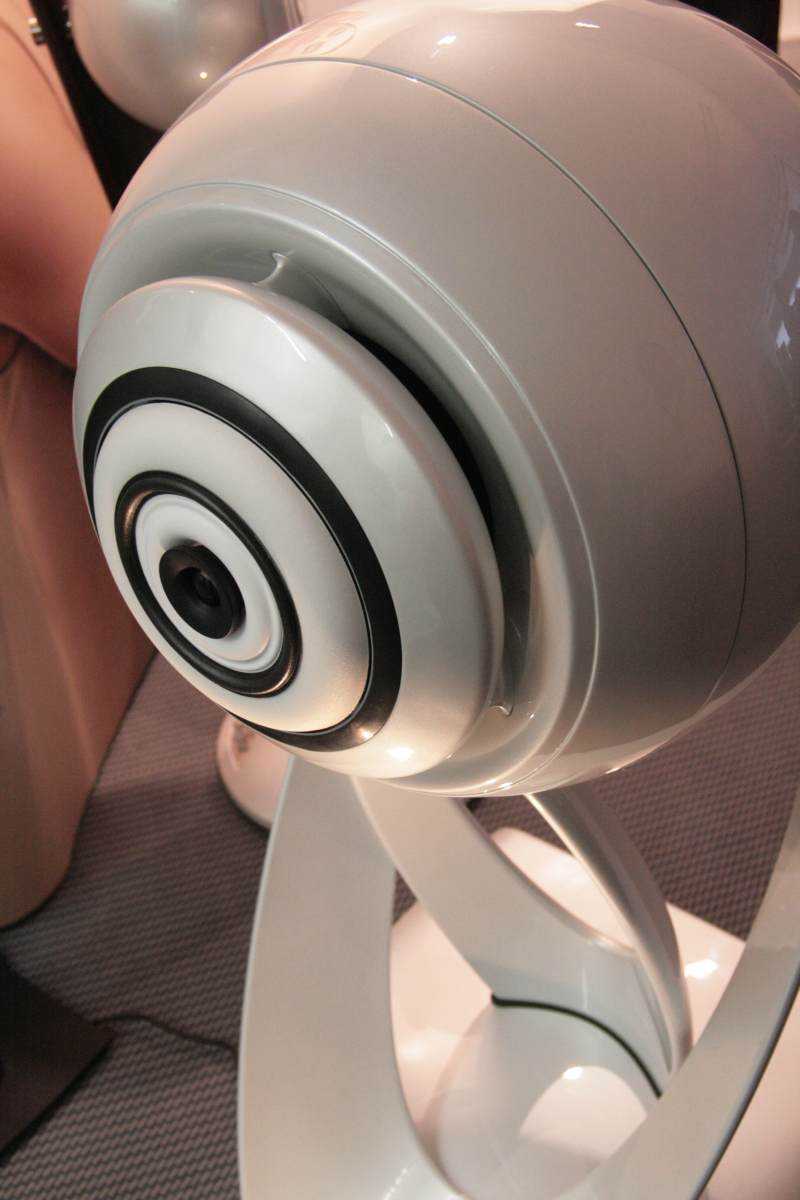 AudioNec, also from France, showed their 88000 EUR dipole. The midranged unit has a shocking efficiency 100dB/m, and is based on the Janus50 bending wave unit, once available as a DIY kit in France. You might have seen the unit also used in the Audio Consulting Rubanoid speakers. The sound was remarkingly dynamic and effortless. Unfortunately, the sales folks refused to play one of my CDs. 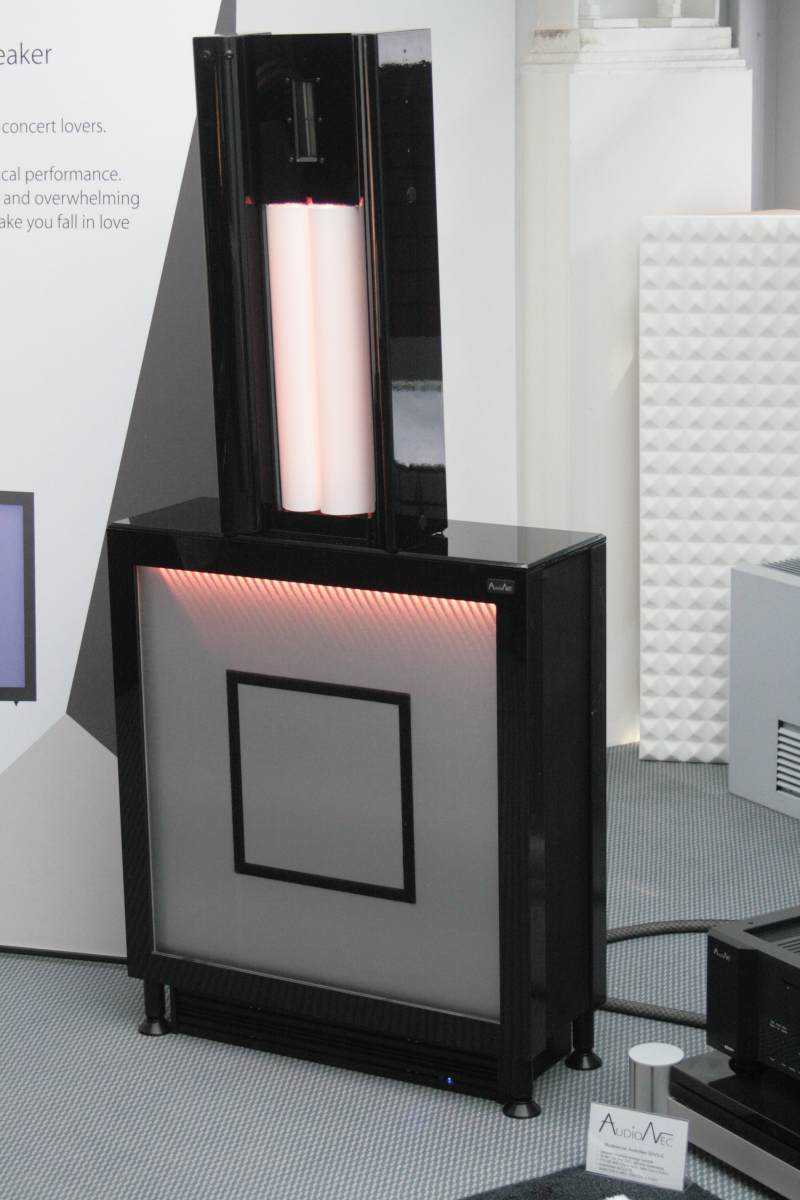 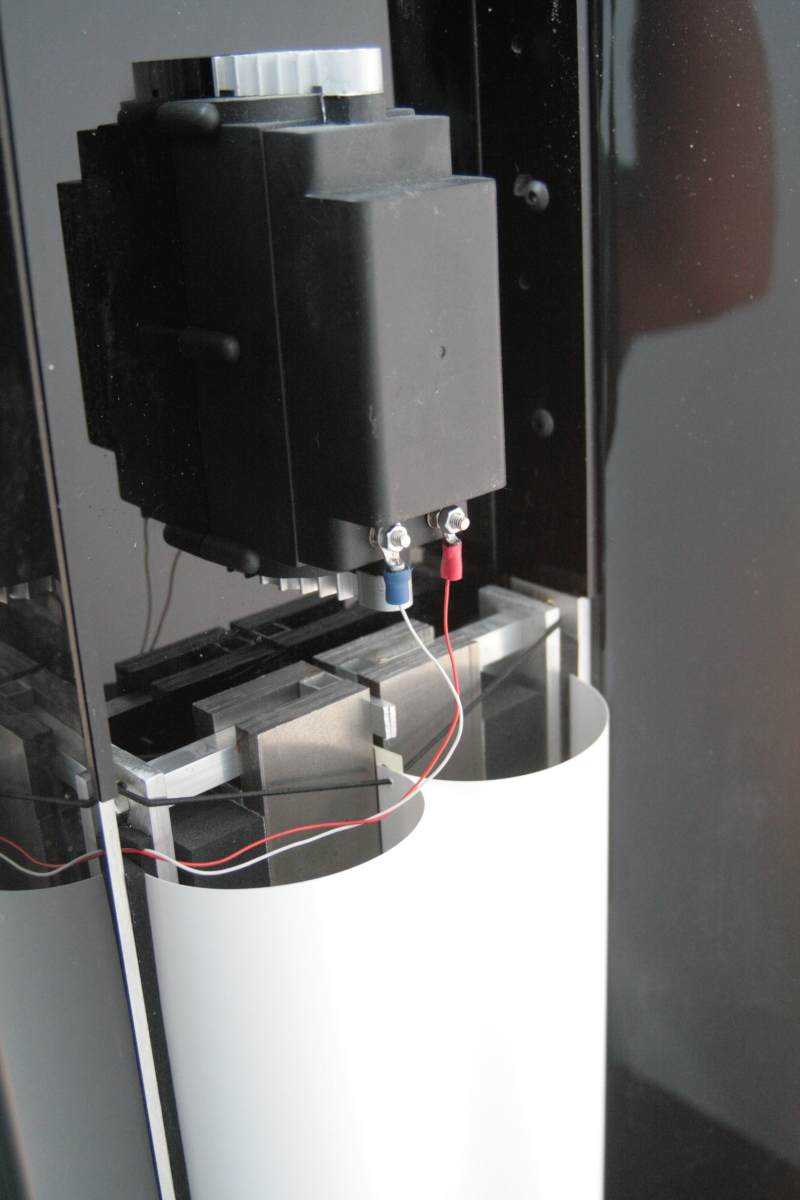 Everything But The Box Terra II AM - Pigs in Space

Everything But The Box from Bulgaria had really funny speakers, reminding at a piggy bank. I had a short spot on the price list, and noted smaller numbers like 1800 EUR/pr. 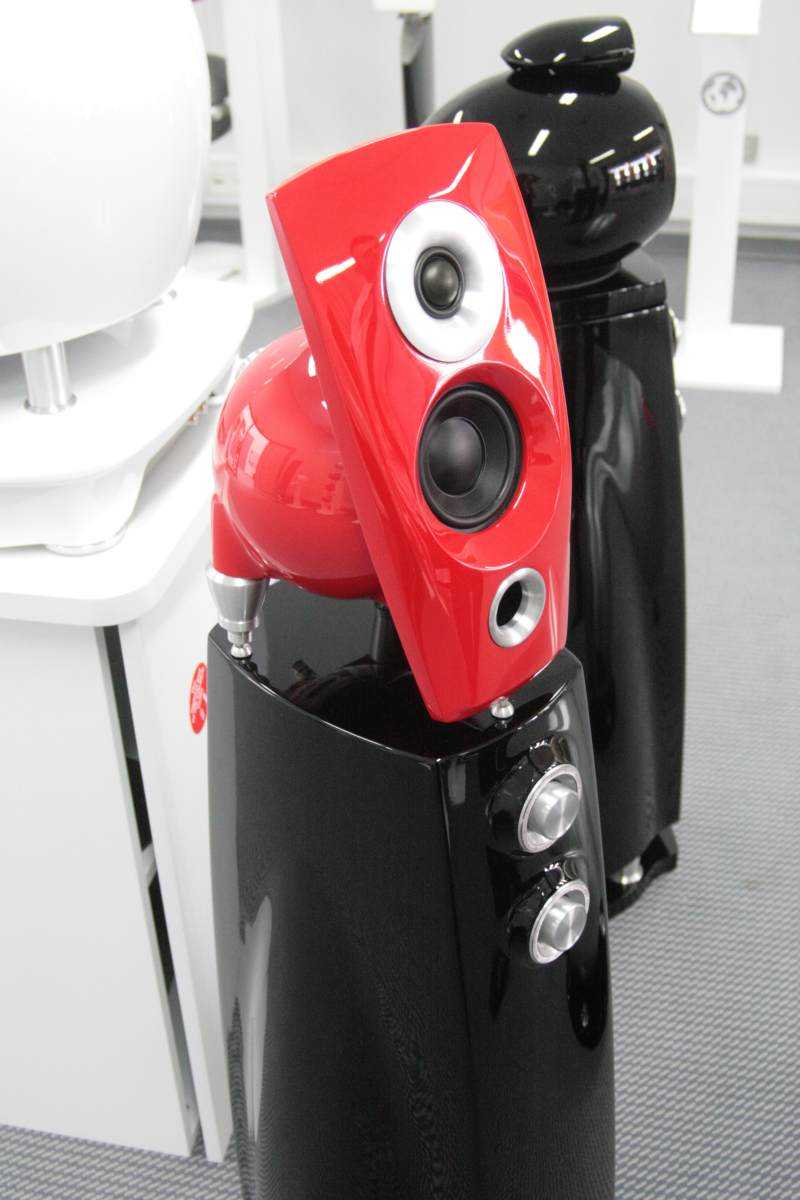 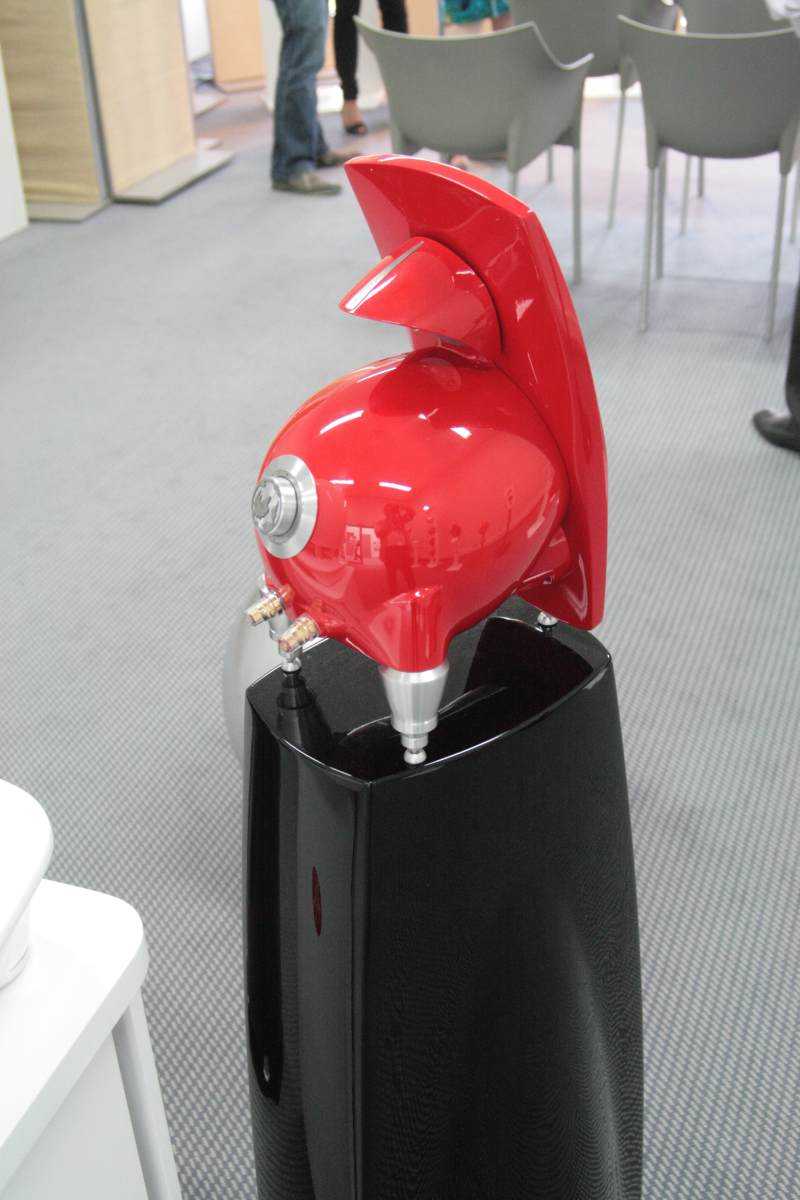