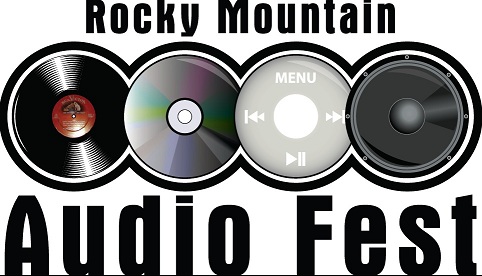 I’ve been on a full-range driver trip of my own, inspired by Geoff Husband’s write-up on the Audio Nirvana’s. I was very interested in hearing in how the Voxative Ampeggio sounded because they have been garnering high praise in the audiophile press. It had the characteristic ‘full-range driver with whizzer’ sound. Somewhat bright and with a boxy-sounding bass. They were fun though, as all full-rangers are. 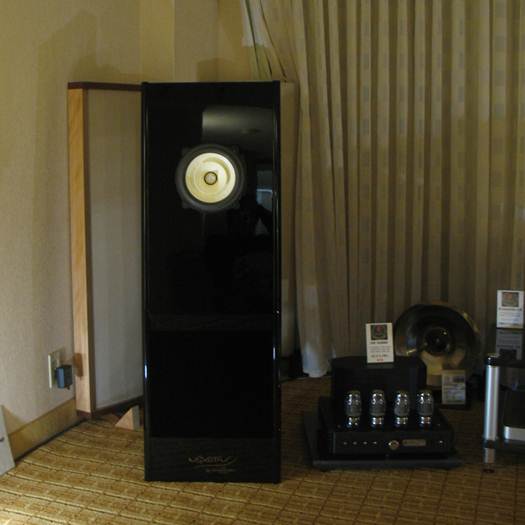 Now this was some good full-range sound. The speakers had separate woofers that are actively driven by a separate built-in amp. The bass was soft, but the rest of the range was well controlled. No spitty treble or unwanted resonances here. The holes on the whizzer are supposed to help control the treble breakup. 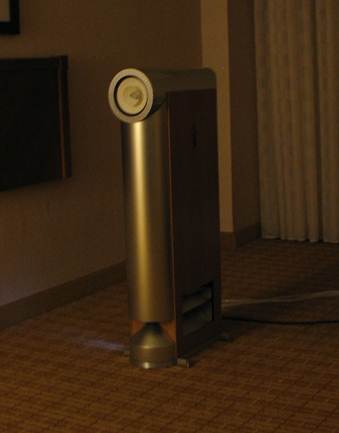 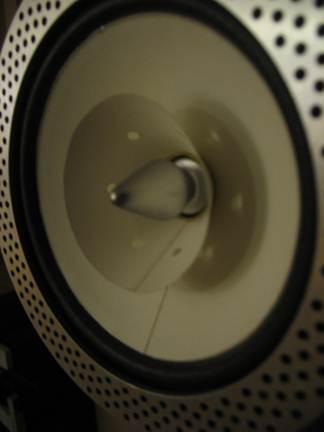 Feastrex drivers are known for their astronomical prices. Unimpressive sound. 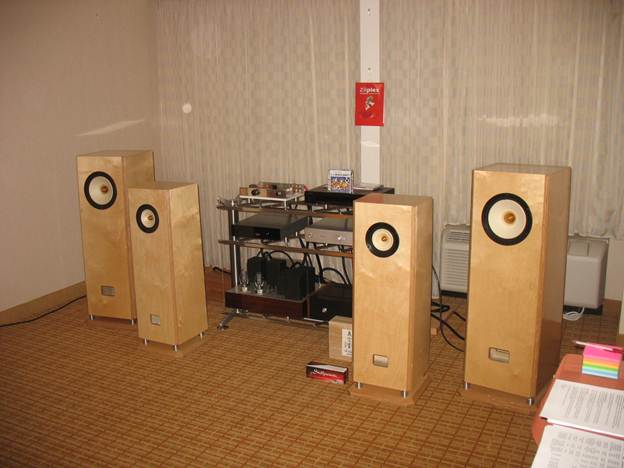 Here’s the La Ocean from Cabasse. It is quite hard to judge the sound of a system when listening to obscure sounds, such as rocks falling down or sticks being beaten against wood, as opposed to actual music. To be fair to Cabasse, they did play some vocals upon request, and it sounded quite good. Even their smaller spheres, pictured to the right of the La Ocean, sounded deceptively big. 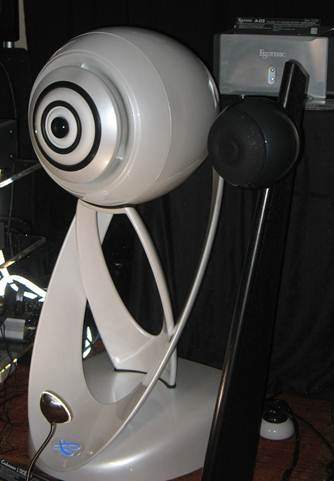 These are the Aeris and they were setup in a large ballroom. They were playing a piano recording and it sounded like a real piano. Great power and poise. 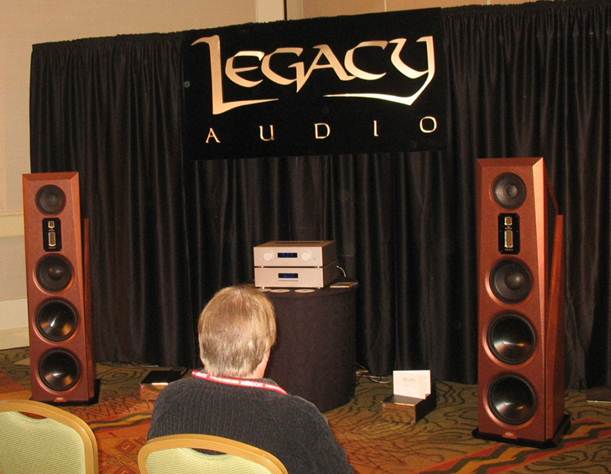 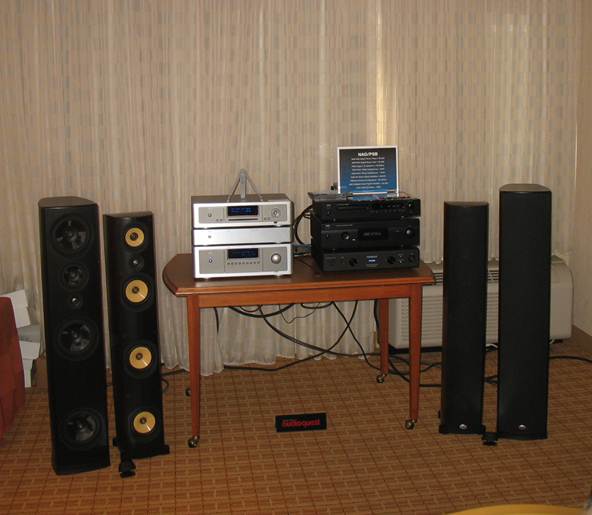 MBL had their premier omni playing. It wasn’t being stretched very much, so we weren't able to judge the quality. Powered by their own monoblocks. A >$100,000 system. 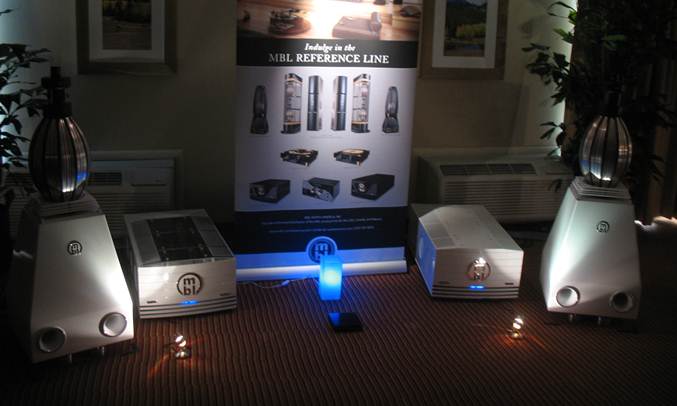 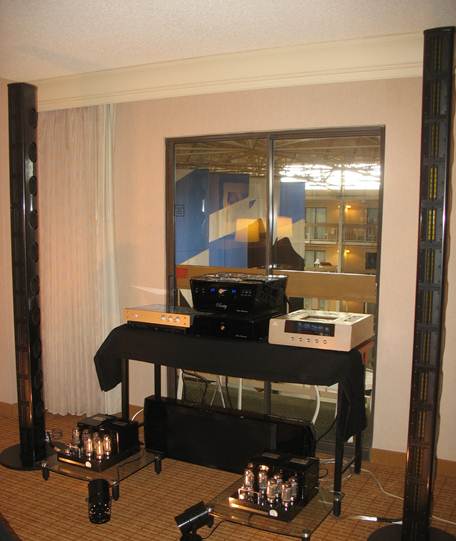 Compared to other handsomely dressed gear, it looked as if these fellows had forgotten to dress up for the show. The sound didn't impress us either. 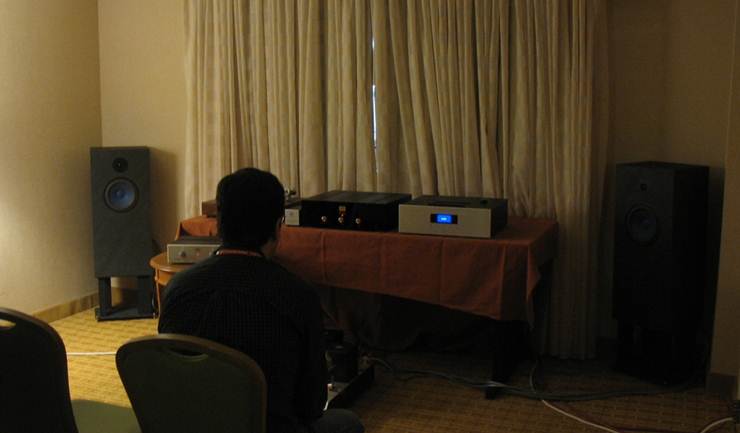 These large Focals sounded good but not involving. 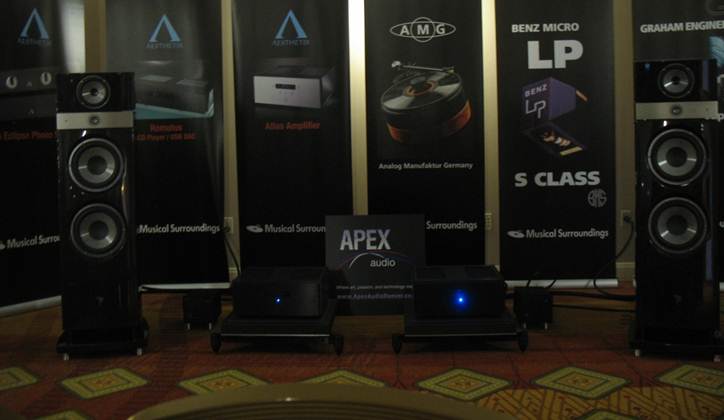 ClearAudio and AMG had turntables in the Focal room. The platter of the ClearAudio turntable (left) is driven by a magnetically coupled second platter, which is in turn belt-driven by a motor. The added isolation is claimed to be helpful. The other ‘table is from AMG. Neat! 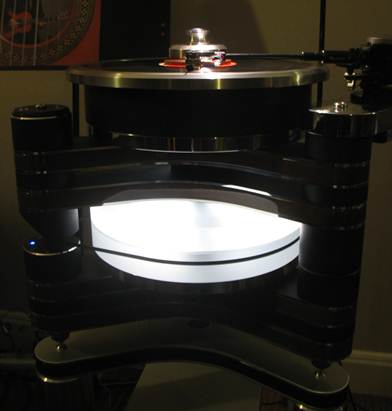 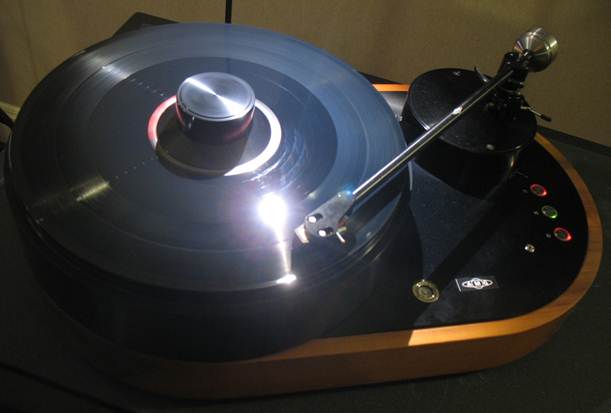 These were Wilson Audio’s Alexia (I think) driven by VTL behemoths. Good sound. 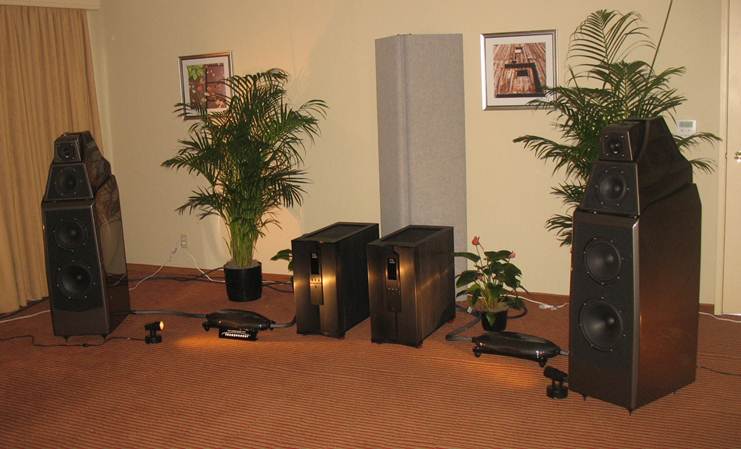 This was near the lobby. They were showcasing the statement Blade from KEF. We had a lot to cover and so, we didn’t spend much time here.

In another room, KEF were demoing their new R-series. 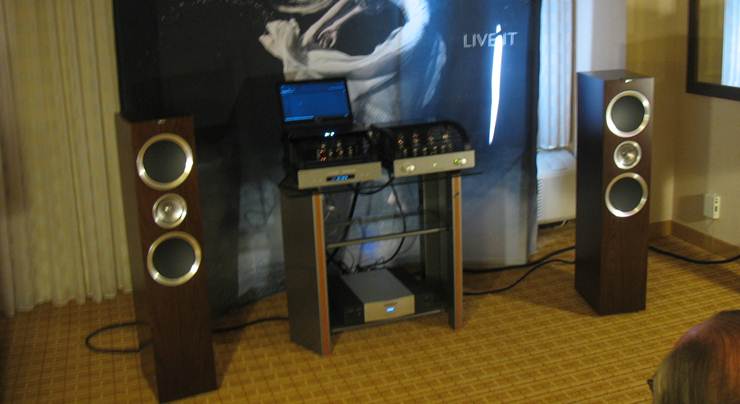 B&W had their smaller models setup with Rotel electronics. 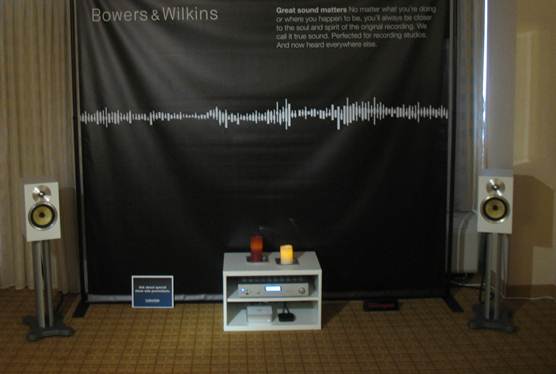 This room had some glitzy stuff. 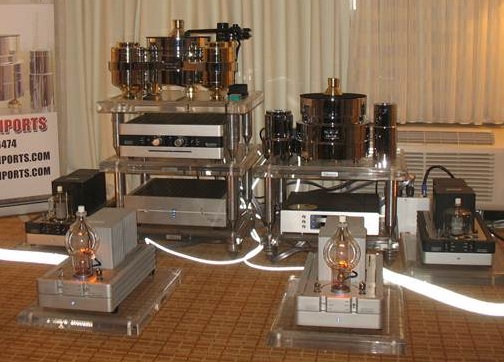 These are transmitter tubes running at over 1 kV. Cool! 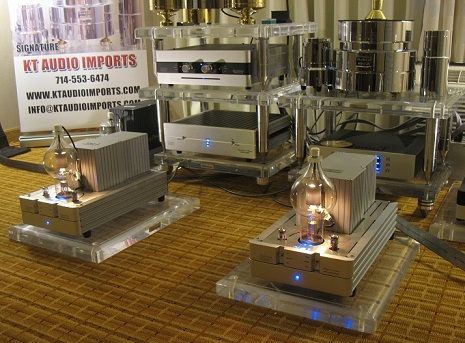 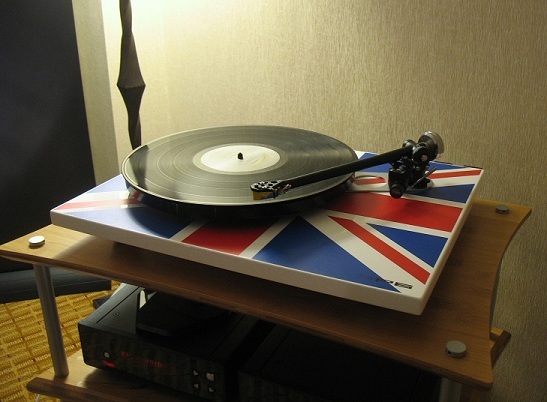 Best of the Show


Best Source/Electronics: Nagra
So smooth, so involving. Head and shoulders above the rest.


Live Sound and Entertainment at RMAF 2012

We caught a live performance on the last day. The artist was Fan-Ya Lin. A vigorous performance! 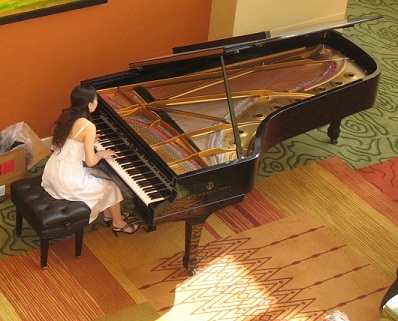 How absolute is absolute sound? John Atkinson, editor of Stereophile, gave a very interesting talk on how recording engineers shape the sound on a record. He used his own recordings to demonstrate how added reverb can add a pleasing effect to studio recordings, how different microphones sound different, and how microphone placement affects sound. In the end, what gets on the record is the mastering and recording engineer's interpretation of how the live event sounded. And while they genuinely care about getting close to the realevent, there may be another interpretation that you may find more pleasing.

A common denominator in all the rooms was the astronomical price of components. Very few rooms had sub $10,000 components, and even fewer had decent sound. New, small hi-fi companies appear to be going the route of price high and sell few. Surely, this is not sustainable.

It was good to see absorbing or scattering devices in some of the demo rooms. Most of the furniture in the rooms is emptied for the show and if left in this state, they are not very good audio demonstration spaces. There is some diffusion from people, chairs and the gear itself, but when you see diffusing and absorbing devices, it shows the designer is aware of the issues and cares enough to do something about it.

Something I learned during the show: if you want to quickly judge the sound of a system, ask for symphonic music with some good dynamic content. It will immediately reveal the seams of the system. Voices are good for judging the basics, and so is the piano. But symphonic music quickly reveals the system’s flaws.

All in all, my dad and I enjoyed this experience. It was good to hear what the hi-end has to offer, and how it lines up with my expectations of good sound. Next stop, Burning Amp, San Francisco, a congregation of folks who worship diy audio.