A few months ago I reviewed Acousticbuoy's excellent Scorpio pre-amp, but when that was delivered it came as a pair with the DAC 2488, after having left a reasonable breathing space (and then some) here's my take on this high-end DAC

First off is that as I've mentioned before I don't find reviewing digital components particularly rewarding. My own system is vinyl based, but more importantly I do find the differences between DACs and like like far more subtle than those between analogue components. Often that leaves me dancing-on-the-head-of-a-pin and lacking the technical knowledge to explain what's under the hood (as if it mattered) makes my reviews a bit thin.

But the snag is that these differences, though often subtle are absolutely make-or-break to whether I can sit in front of the damn things. You see the problem? If I were to take you into my room and play two decent CD players I have here, you'd be hard put to tell them apart. But sit in the room for an evening and one will have you reaching for the vinyl after an hour and the other will stay on playing the silver stuff – and ultimately there are very, very few components that come into that latter category – the DAC 2488 is one such device and that alone means you should carry on reading:-)

As with the Acousticbuoy Scorpio pre-amp the casework is classic, subdued and beautifully put together. This is not an item to wow your neighbours, neither is it one that will look hopelessly out-of-date in 10 years time - when if construction is anything to go by – it'll still be working. Again we're looking not only at casework which is extremely solid, but immaculate internal construction – as you'd expect for the price, but don't always get (no rehashed boards from a consumer DVD player here). It's also no large empty box as it's pretty well packed both with the main board and the twin, shielded power transformers – and it's heavy too... 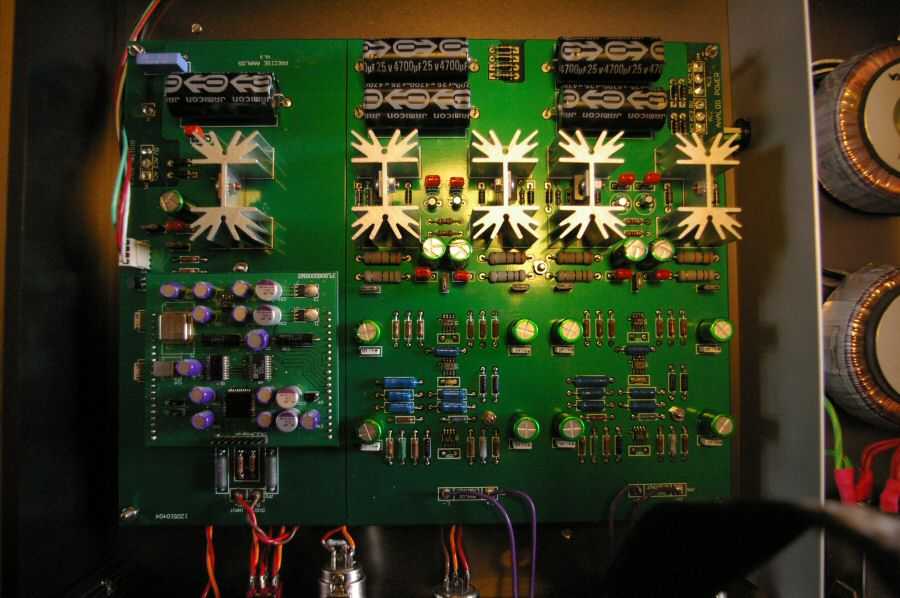 It is also ruthlessly minimalist. Many DACs at this price will have multiple inputs, volume controls and all the bells-and-whistles. The 2488 is simply a box you plug a drive into, and which then pumps music into a pre-amp. Inputs are RCA or XLR, ditto outputs. Yes it's an upsampling DAC and will accept other digital signals, but here I'm using it purely as a CD DAC.

I could now spend time copying out reams of stuff from the Acousticbuoy manual, but as I don't understand it, and as it's all on the manufacturers website forgive me if I send you there (website address). However I do appreciate the care that has been taken with isolation and integrity of the chassis 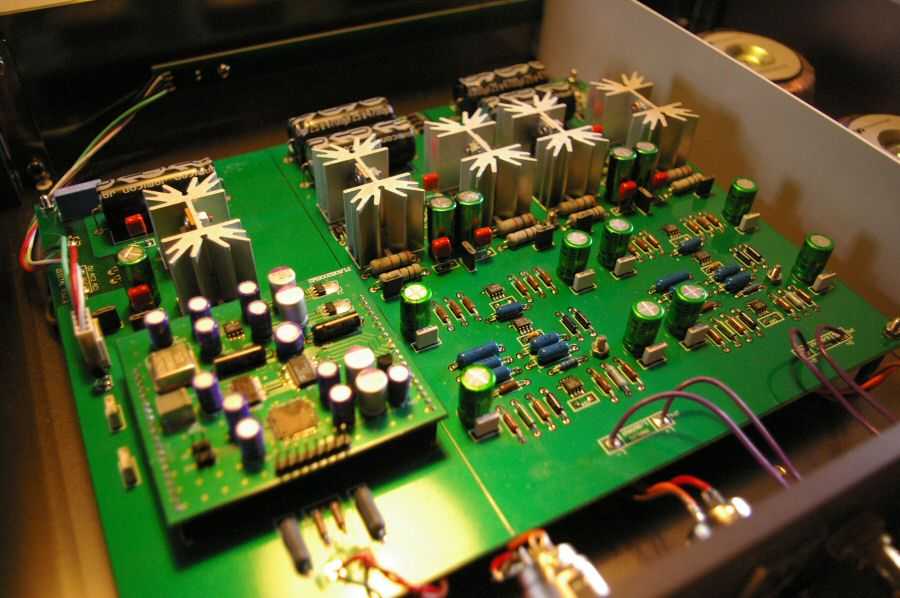 Well as you'd expect it was just a case of plugging in and switching on – no controls or flashing lights, just two blue LEDs to show all was well.

I'm not sure whether the unit was run-in, but unusually it seemed to be pretty much on the pace from the word “go”. It also proved to be particularly good from cold each time it was used – it's a minor point, but currently my wife is on an 'economy drive' as well as trying save Polar Bears so whenever I'm out she switches the hi-fi off. In some cases this drives me up-the-wall, but the Acousticbuoy is quite compatible with such treatment.

First off I used it with the Audionote Zero CD drive – replacing the Zero DAC One-1x. This is a zero oversampling, valve output design and a very fine DAC, bubbling with detail and energy. The snag is that it does fall into the category of a DAC that I take off after an hour or so. It does make life exciting and some other DACs (especially those engineered to sound 'warm') sound plodding, but the downside is a certain relentless quality.

Next I tried it against the Moodlab Dice – again energetic, though a little more laid back in overall presentation – you could easily spend time swapping between it and the AN for different CDs:-)

But I'm not going to go into the comparison in great detail – because the Acoustibuoy was so superior that it made such comparisons meaningless.

Last up came the Ayon CD2 reviewed a couple of months ago – this of course an integrated player, but one with a digital output for easy comparisons.

Remember I said that digital components that didn't get me reaching for vinyl were rare? Well one of this august group is the Ayon CD2 – in fact it's the CD player I'd have here at home if I could raise the cash. It too is an upsampler (though this can be switched out – to the detriment to the sound) but with a valve based output. Swapping over left me stunned. They sounded almost identical! At first I thought the Ayon solo the better of the two as it is slightly more beguiling, a little more magic (and said so in the CD2 review) especially when partnered with the Ayon Crossfire, with the Ayon CD2 being a little more rounded in rapid back-to-back switching. But on no account could I reliably tell which was playing as I entered the room - the Ayon as an integrated or the Ayon driving the Acousticbuoy (two different inputs on the amp so instant). In fact the ears can play tricks in this circumstance so later on I even got my wife to randomly swap between them to see if I could spot the difference...

But then the Crossfire went away (sob) and so the team changed to the Acousticbuoy Scorpio and Yamamoto A-08s and a different pecking order emerged.

What both the CD2 and CD2/2488 produced was the smoothest (not slugged), sweetest, most beautifully integrated music I've heard from CD. Overall the balance manages to stay just the right side or warm, the full and powerful bass running into a seamless and open midband that stops the result being cloying. I'd have sworn the Acousticbuoy used a valve output to pull this off, but no. Treble is extended, but as said above never sounded harsh. In fact it even managed to make some of the more edgy recordings out there sound acceptable – the opening of 'Last of the Independents' by the Pretenders (buy it) for example. But it pulled the trick of keeping the energy and excitement – a trick vinyl pulls so often and CD seems to find so hard.

Soundstaging? Well to be honest neither throw ethereal images in space, everything is solid and stable, but with either player there are better options for those who like a walk-around experience. I'm of the school that thinks real music never shows such images but YMMV. The now defunct Audiomeca Mephisto was better in this respect, giving an even bigger and more airy soundstage, but 'better' could just as easily mean 'different' and the Audiomeca lagged a little in terms of bass performance – mainly the sheer heft of the Acoustibuoy.

So that pretty much summed up the Acousticbuoy – a DAC that was every bit as good as the Ayon player, for less money (but you need a drive :-)

But here's the rub. On evenings when I was using the Acoustibuoy I just found myself more involved in the music than with the Ayon run as an integrated. Sometimes I didn't know what DAC was in operation, but began to be able to identify which was playing, not by any difference in balance, or detail retrieval, but in terms of how comfortable I felt listening to the music. You can imagine me sitting really, really, REALLY listening hard to find out what was going on and not listening at all to the music! Then after giving up I'd relax and once again that preference would reassert itself.

Then it struck me – the Acouticbuoy just times to perfection. The clue was that I'd started to have a 'Miles Davis' moment. I've got several records and CD's of this genius, and generally play the LP's for preference. But I increasingly found myself playing the CD's I have – things that sounded good, but just didn't grab me began to make sense, and with Miles the almost imperceptible difference between the Ayon and the Acousticbuoy became noticeable. How do you measure 'timing'? No idea, but it sure makes a difference if it's good...

Now I'm not pretending that this is a gulf, and the Ayon times very well for a CD player, but for some music – particularly modern Jazz – timing is fundamental to making sense of the music. If a drummer is deliberately playing fractionally ahead of the beat to pull a piece along it sounds hopeless if that nuance is lost. The Acousticbuoy did this better than anything I've heard, and that timing gave rock more drive, and though most classical music isn't demanding on timing, that which is (Stravinsky for example) also benefits.

After the Ayon left I started using the Audionote drive again, and that simple, but excellent component managed to sound much like the Ayon/Acousticbuoy combo, though it traded a little weight for a more insightful presentation – again a very fine performance

There are a lot of DACs on the market, some very good one's at bargain basement prices. The Acousticbuoy isn't like that – it's a full sized, full heavyweight beast. But is expensive, and at first glance looks poor value for money. But dig deeper and you begin to appreciate the build quality, the care in design and construction and most of all the sheer integrity of the design. As with the Ayon it has no significant weaknesss, but it's strengths are considerable, to the point that I've yet to hear a more convincing argument for the silver disc.