The ECC-1 is the latest CD player in the Electrocompaniet 'Classic' range. This range is topped by the famous EMC-1 UP player, which was introduced in 2001 and is still available! I don't think there's another player out there that can claim that. I heard the EMC-1 UP years ago at a hifi show and was indeed well impressed with it. It sounded very relaxed, yet still powerful and detailed at the same time. Clearly Electrocompaniet know how to make a good CD player, and have known this for some time. The EMC-1 UP is a real high-end player, though, and even if it is not as expensive as most other top players, it's still a bit out of my price range. For that reason I was extremely interested in the ECC-1 player, which is much more affordable. 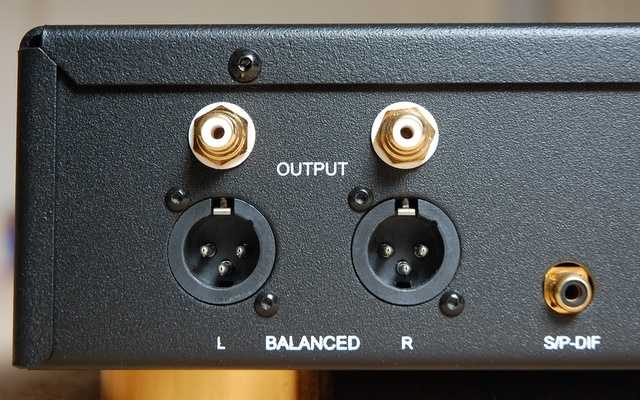 Back to the ECC-1. It is an upsampling CD player, based on a DVD transport. The case is classic Electrocompaniet: a huge steel box with a shiny black acrylic front, golden buttons and 'ELECTROCOMPANIET' written in big letters all over the front. You would not mistake this player for any other brand. It might not be everybody's cup of tea, but it certainly exudes confidence. It is also very heavy and very enormous at 483 x 385 x 105 mm. It almost didn't fit in my rack, mostly because it’s so deep. Including space for cables at the back you will need a depth of at least 50 cm for this player! The front is wider than my shelves and had to stick out. This didn't look too bad, actually, but perhaps you should measure your rack before you consider this player.

The player upsamples the data to 24 bit / 192 kHz before it is being converted by a Cirrus Logic DAC. Typical for Electrocompaniet are the balanced outputs, in addition to the single ended ones. They strongly prefer balanced, and all their equipment will have them. Attention has also been given to vibration damping for the drive, and the whole machine weighs in at a healthy 9 kg, possible because of that. Build quality is excellent, except for the cheap plastic remote.

In use this machine is a little bit awkward. It takes a few seconds to read a disk, undoubtedly because of the DVD drive. And to open the tray you will have to push the lower button for a full second. None of this is a real problem, but it can get a bit annoying after a while. An unexpected feature is the fact that it will play DVD's! Just the audio bits, of course, as it doesn't have a video output. The problem is that, blind as you are, you have no way to navigate to the 2-channel tracks, if they are present at all. And listening to the left and right channel of a surround mix isn't that interesting, I have to admit. But you could probably rip the 2 channel mixes from a DVD and burn them on a separate disk. That way you could, in theory, play 24 bit, 96 kHz files on this machine. I didn't try it, but it would be an interesting experiment. For the rest this machine works very well and functioned perfectly during the review period.

I immediately noticed the difference with my reference player, the Astin Trew At3500, when I started listening to the ECC-1. I have to add that the At3500 was equipped with the rather good EAT valve. The Astin Trew is warm, slightly soft and very refined. The Electrocompaniet is more energetic, with a bigger and more powerful sound. This is a very articulate player with loads of detail and a lot of punch. 'Thwack' might be the official audiophile word, but I wouldn't dare use it as a non-native. It is also quite precise, with excellent focus and tight bass. I tried the single ended outputs first, but noticed a slight improvement when I switched to the balanced inputs on my Django preamp. The sound became a bit more substantial and refined. I stayed with the balanced connection for the rest of the review period.

Further comparisons with the Astin Trew player did show that the Electrocompaniet doesn't really have that much more detail. The difference is mostly in the presentation. The ECC-1 is more vibrant and dynamic, but the Astin Trew can seem a bit more refined and tonally richer in the midrange. The At3500's top end is very sweet and makes the ECC-1 sound slightly 'digital' in comparison. But in the end it is more a case of different than better. I didn't really develop a strong preference during the review period. This was one of these occasions where I just seemed to prefer whatever player I happened to be listening to. Switching from one to the other almost always brought out the qualities of the new player, without making the previous one look bad. With the Electrocompaniet I enjoyed the wider sound stage, the bolder presentation and the stronger, more propulsive drive. With the Astin Trew I enjoyed its warmer, more comfortable sound, the deeper soundstage and its silky top end. Is it a coincidence that one uses a valve and the other transistors? I guess not.

The trademark quality of the ECC-1 is the rock solid physicality it brings to the music. This came as a bit of a surprise to me, as this is an upsampling player. With my At3500 I can actually switch upsampling off, and this results in a more solid and weightier presentation. For that reason I have it switched off all the time. I blamed upsampling, but quite clearly it doesn't have to be this way as the Electrocompaniet even upsamples to 192 kHz, while the At3500 only does 96 kHz. Even stranger is the fact that the ECC-1 is the player showing the most digital edge. Upsampling is supposed to solve this, but the At3500 in non-upsampling mode is silky sweet, while the Electrocompaniet still has a hint of harshness in the top end. Mind you, it isn't more than a hint, and the more engaging sound of the ECC-1 more than compensates for this. I suppose it is very difficult to create such a strong sound without also exposing some problems. The Astin Trew's solution for this is a slightly softer sound overall, which isn't to everyone's liking either. As compromises go, both these players are excellent solutions and equally impressive.

This is a great player that will work well in most systems, but will be at its best when used with its balanced outputs. It has a personality that is more 'transistor-like' when compared to my more 'valve-like' Astin Trew player. The sound is very solid and substantial. It throws a wide sound stage with excellent focus and is very engaging and energetic. The flipside of that is a slight lack of refinement, relative to the At3500, but not to the extend that this could ever be seen as a problem. Highly recommended.