DAC with a difference

It was 1 year ago when I wrote my first review for TNT Audio on the La Voce DAC from Aqua-acoustic quality. Since then Aqua have been busy developing a range of products and now they have upgraded the La Voce. The unique selling point for the La Voce is (I believe it is still unique!) you can choose from 3 different DAC chips, the Burr Brown PCM 1704, Philips TDA1541A and the Analogue Devices AD1865, with a new Wolfson module due out shortly. The DAC chips are on plug in modules that are easy to swap so you can purchase them all and swap as the mood takes you. The TDA1541A is fitted in a socket so if you have access to the R, S1 or S2 series DAC chips these can easily be fitted.

When I originally reviewed the La Voce it was equiped with USB as well as SPDIF coaxial and TOSLink optical inputs. The new version has an updated USB interface that supports asynchronous USB at up to 24bit 192Khz (96Khz only for TDA1541A). Also supported is an I2S input as well as the original SPDIF and TosLink inputs. The team at Aqua - acoustic quality are very enthusiastic over the I2S interface and now produce a CD transport supporting I2S, claiming it to be the best for quality, I will come to this later.

Irrespective of the DAC chip you use there is no up/over sampling, whatever data you feed the La Voce that is what is then passed to the DAC chip for conversion. Aqua have picked 1X sampling because to them it sounds the best, they then concentrated on getting the best possible sound for the money. The analogue section uses a discrete regulated supply, no cheap off the shelf regulators here. The board layout has been optimised to minimise interference between the analogue and digital sections, keeping noise and supply ripple to the minimum. The output stage after the DAC chip is a discrete design using high quality coupling capacitors on the output.

The first version of the La Voce was supplied as a kit and you can still purchase it in this form for 750 Euros (price increase due soon). There is a tutorial available on Youtube explaining how to assemble the kit, you can find it at:

This new version was supplied as a finished product in a nicely design case with a thick aluminium front finished in black (anodised I think) with white silk screened lettering. The rest of the case sports a grey nextel like finished aluminium chassis. At the price point the fit and finish of the La Voce is excellent though perhaps not class leading. Personally I prefer the effort and expense to be put into the internals and skip the machined from solid case work that is becoming more popular these days.

In my system at home I have the La Voce fitted with the Philips TDA154A. Before making the choice I was able to audition the Burr Brown and Analogue Devices modules at the Aqua demonstration facility in Milan. 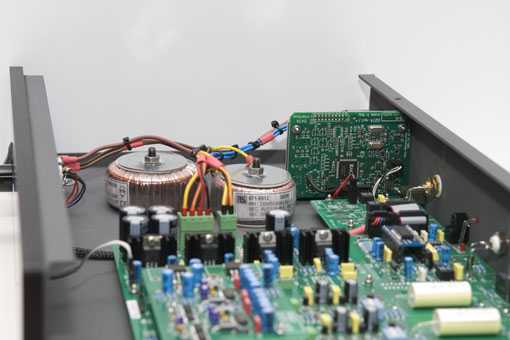 I was able to use all my regular test tracks either on CD or streamed via USB from the Mac-book Pro. Even with music I am familiar with it was hard to know how the DAC would sound in my home system, the facilities at Aqua are very different. It was possible to hear the differences and to decide which DAC had the best characteristics for me. The Burr Brown DAC was exciting, with really good grip over rhythm and timing. On track like Eagles Hotel California from Hell Freezes over or something from Steely Dan on their album "Two Against Nature" the sound was just infectious and exciting. With tracks from female vocalists like Mary Black, Eva Cassidy or Diana Krall it was a different story. The Philips DAC had such a wonderfully natural tone to the voice it was hard to move on and evaluate the other DACs. The Analogue Devices DAC seemed to sit somewhere in between the Burr Brown and Philips DACs, never reaching the same levels as the others in rhythm/timing or tone. In the end I decided to stick with the Philips DAC, the same as with the original review a year ago.

The original La Voce that I had purchased as a kit was supplied with a standard USB interface that whilst it worked I was never happy with the sound. The new version of the USB interface is a different story and for me produces the best sound quality, I prefer it to using SPDIF from my ancient Meridian CD200 transport (probably passed it's best). Using my Mac-book Pro the USB interface is easy to setup, no drivers are required and it is a simple matter of selecting the sound device in the system preferences.

It did not take long before the Aqua team realised there was a problem! Out came the frequency meter and a quick check showed that whatever the source file sampling rate the DAC was always being fed data at 192Khz. The Mac-book was up sampling the data to match the full capability of the DAC, this is not desirable and rather goes against the design goal of no up-sampling. The solution was to install an application called Pure Music from company called Channel D. This application is marketed a music server for the MAC platform and works with Itunes, the interface to select the music is Itunes but the music is actually played by Pure Music. The output data rate is automatically switched depending on the source so no undesirable up-sampling and you get an on-screen confirmation when the data rate switches. 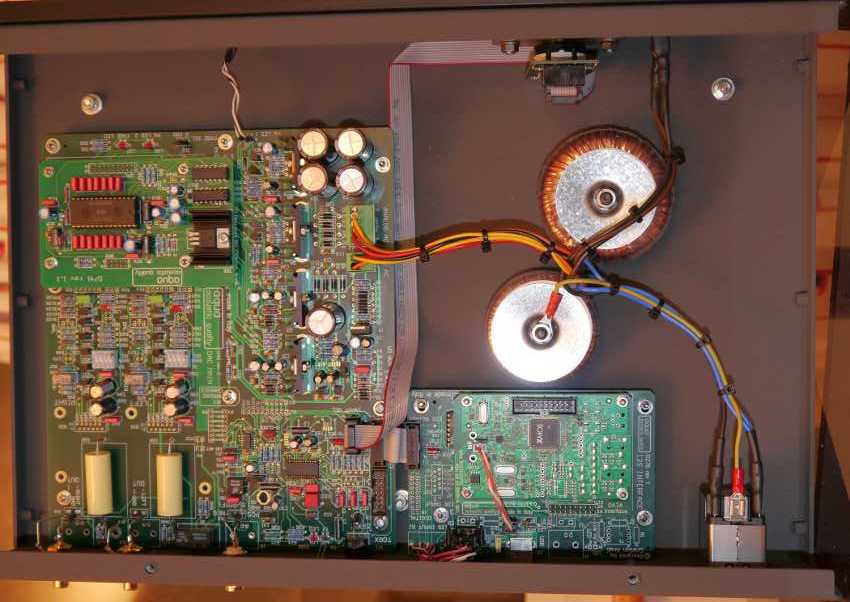 As you would expect the La Voce via USB will also work with a Windows PC, mine was running Windows 7 though older versions back to XP are supported. To use Windows you must install a driver that is available to download from the Aqua - acoustic quality website. The installation process is a little tricky (nothing is simple with Windows!) but after Aqua Acoustic supplied a new Beta version it installed and worked well. I tried the PC for completeness to ensure it did actually work, my listening tests were conducted mostly via a MAC or from the CD transport.

While visiting Aqua-acoustic quality I was able to audition the La Voce using their new CD transport and the I2S interface. With the SPDIF interface also connected it was very easy to switch between the two communication channels. I do not know much about the I2s standard, you can find the details here at Wikipedia. The benefit is reduced jitter though there is no interconnection standard, on the La Voce an RJ45 (ethernet) connector is used. Using my regular CD tracks and switching between the interfaces the sound quality was better via I2S, there was less haze between the listener and the artists, the acoustic soundstage was more defined and believable. When I upgrade my CD transport (not far away) I will ensure it does have an I2S interface.

Back in my familiar surroundings and with the equipment and listening room I know well the La Voce was soon up and running, it is always exciting plugging in a new piece of equipment. It all worked, no damage from the flight back from Milan so I left it to warm up for a few hours quietly playing a random selection of tracks. When used in the same way as the previous version of La Voce via the TOSLink optical fibre interface fed from my Apple Airport Express wirelessly connected to the Mac-book the sound quality was just as good. The La Voce with TDA1541A really brings out the texture and tone of my favorite female vocalists, artists such as Mary Black, Eva Cassidy and Christine McVie. If we take the classic 1977 track Songbird, written and performed by Christine McVie on the Rumours album, the La Voce beautifully displays the acoustics of the venue, the gentle guitar backing to Christine on piano and her vocals are rendered with superb tone.

As already explained the new La Voce has a much better USB interface, this is now my preferred method of connection from the MAC. With the Pure Music server application I know exactly what data rate is being sent to the DAC and I can now exploit the small number of Hi Res files I have acquired. Starting with regular tracks ripped from CD, with the Tallis Scholars performance for the South Bank show of the Allegri Miserere. The La Voce via USB renders the acoustic background of the venue with detail like no other DAC I have heard. The singers voices have beautiful tonal structure and are placed in space like heavenly angels. This is the most wonderful recording and with the La Voce you are transported to place and time of the recording, your very own time machine!

If we now sample some Hi Res recordings, my first test was the Paul McCartney and Wings Album "Band on the Run", a download from HDTracks. This I find very disappointing, I have never really liked Paul McCartney except when with the Beatles and in particular John Lennon, the hi res version of Band on the run really does not show the supposed benefits of 24bit 96Khz encoding. I don't think this is a function of the DAC but more the intrinsic quality of the recording. The next high definition recording is from Sam Cook, Portrait of a Legend, again from HDTracks and the particular track being Summertime. The clarity and detail is just amazing for such an old recording, I am still not convinced the premium for the high definition recordings is worth paying. A well recorded album at regular CD quality can sound just as good if not better than a middling album in high definition. So far I do not have any modern high definition recordings, this is next on my list of things to do.

The next standard definition track to play was Stimela from the 1994 recording by Hugh Masekela, again the sound stage is clearly laid out in front of you with width, depth and clarity. Vocals are important to me and the way Hugh Masekela comes across is thrilling, just like being at the performance. I have spoken a lot about the sound stage and tonal qualities of this DAC but we should not forget other areas of the performance, the electric bass on Stimela is fast and tight, excellent rhythm and timing characteristics usually found attributable to Naim brand audio. 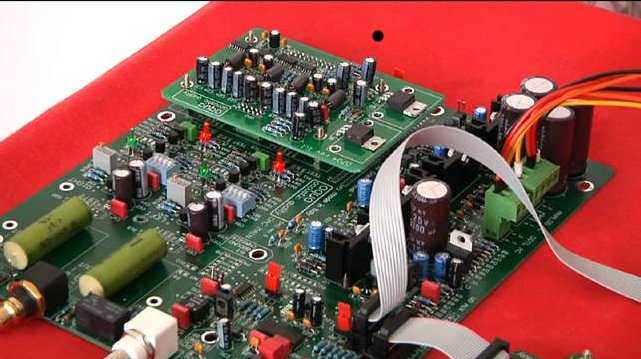 I could ramble on about many of the albums in my collection and how the La Voce sounds but I would only repeat myself after a while. The La Voce with Philips TDA1541A in my system is simply the best DAC so far for me. In the past I have used a Meridian CD203, Perpetual Technologies P1/P3A and I still have a home made DAC where I use transformers to interface from the DAC chip to the outside world, only my home made DAC comes close to equaling the La Voce. Listen to the La Voce if you can and benefit from the choice of dac chips to tailor the sound to match your system.