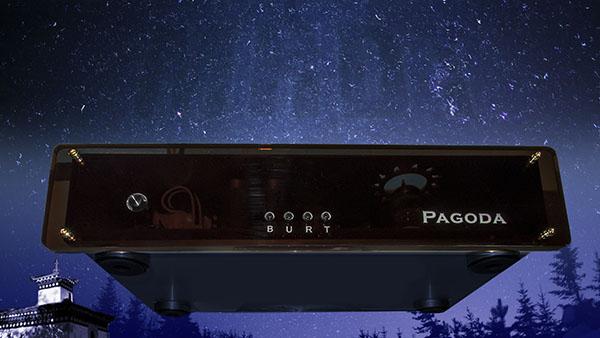 It was way back in 2009 that I reviewed my first MHDT Lab product, the Havana DAC, and in 2012, I reviewed the Stockholm 2. I really liked both those DACs and was happy to get the chance to review another DAC from the same company, namely the Pagoda.

The review sample arrived well packaged. In the box was the DAC, a mini-CD containing the operating manual, and the necessary drivers for using the Pagoda with Windows operating systems. No drivers are required for use with Linux. No mains lead is supplied, presumably to keep shipping costs to a minimum. And let's be honest, who doesn't have one or two of these items lying around the home these days?

Removing the Pagoda from its carton revealed no real surprises. MHDT Lab have kept to a fairly standard look for all their DACs, and the Pagoda retains that understated, but classy, design for the casework. The case has no flimsy panels, and everything fits together perfectly, without any sharp edges. The manufacturer's name is laser cut into the top panel to provide ventilation, as is an aperture in the style of a glowing sun, that is located immediately above the valve. There is a choice of satin black, or natural aluminium finish for the case, and both come with a chunky tinted acrylic front plate.

The front of the Pagoda includes a push button to turn the power on and off. This is a change from the earlier MHDT DACs that used toggle switches. I have no preference for one type of switch or another as regards the aesthetics, but I always felt that the long arms of the MHDT toggle switches were a bit vulnerable to being damaged, so the push buttons are probably more sensible. Push buttons are also employed to select one of the four inputs, which are: BNC, USB, RCA, and Toslink. The input sockets can be found on the back of the Pagoda, together with the IEC mains input socket, and the twin RCA sockets for analogue output. In use, there is a small green LED to indicate power, and a very discrete blue LED to indicate which of the four inputs is selected. When the power is turned on, the four blue LEDs come on and off in sequence for a few seconds until the one on the selected input remains on, and the others go off. I mention that as the first time that I powered up the Pagoda, I (incorrectly) thought that it was unable to locate the correct input.

It's inside the Pagoda where the real change comes, and the Pagoda is certainly not a tweaked Havana or Stockholm 2. While designer Jiun-Hsien Wu has stuck to his philosophy of using a classic NOS/R2R design, the Pagoda uses dual PCM1704 DAC chips in its circuit, whereas the Havana and Stockholm 2 employed the PCM56P DAC chips. The PCM1704 chips have developed an almost cult status, and have been used in many boutique DACs. They are no longer in production, apparently requiring a production method that is difficult and expensive. If supplies can be found today, the price for one of the chips is in excess of 70 US dollars. MHDT tell me that they have adequate but not infinite stocks of the PCM 1704. 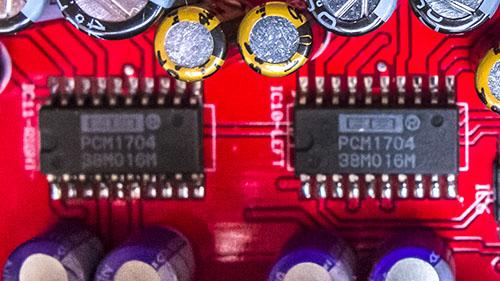 Specifications for the Pagoda DAC:

The Pagoda requires a driver when used with a Windows operating system (as a USB DAC). Drivers are supplied on the mini CD for Windows XP, 7 and 8. Windows 10 uses a generic driver that it will install automatically. In my case, it appeared that I had one of the earlier versions of W10 where the generic driver would not work, so MHDT supplied a suitable driver. No drivers are required for Linux, but when I tried to use the Pagoda with Audiophile Linux, I found that although the DAC was recognized, and identified, I could get no sound from it. That situation was rectified by changing the firmware (Pagoda_S1.hex instead of Pagoda_SP.hex). Again MHDT supplied the necessary software to do that, together with the alternative firmware. The process is quite simple, the software is run on a Windows computer, and when asked, the appropriate firmware is selected from a list in a folder, and the update is completed automatically (all in a few minutes).

I wanted to have the Pagoda work in as many ways as I could for this review. So that meant using it with two laptops running Windows 8, and Windows 10, a computer running Audiophile Linux, as an outboard DAC for a CDP, and in tandem with a USB converter. The result with all these set-ups was very similar, and my remarks about the sound quality apply to all of them. The Windows computers both used Fidelizer , and JPlay. The USB converter used was the HiFace Two.

The MHDT DACs have a similar sound, no doubt influenced by their valve buffers, and the Pagoda retains that familiar signature sound. But what struck me straight away was that the sound with the Pagoda was significantly more detailed. By significantly, I mean enough to cause me quite a surprise. These days I don't expect much much of an improvement in anything involved with digital playback. It's all getting so good, that improvements when they arrive, tend to be of a subtle nature. But the Pagoda bucks that trend. Even from new (I don't think that the review sample had been burned in), and with the valve buffer still cold, the impact of that extra detail was clearly audible.

Now, greater detail is a good thing in hi-fi, providing that it doesn't go too far in making the sound clinical, or artificial. The Pagoda avoids that trap, and the extra detail retrieval makes the sound more realistic, rather than more like hi-fi. This DAC retains the very musical presentation of other DACs in the MHDT stable. Everything sounded more realistic, whether it was vocalists that appeared to be 'in the room', or instruments that were more clearly identifiable. In particular, percussion was improved in that it appeared more lifelike, more tangible, rather than being 'there' at the back of the sound stage or recording. Kick-drums provided more of a thump, and drumsticks more of a sharp 'thwack'. Both my systems do percussion very well, but the addition of the Pagoda took them to a new level.

Micro detail was also improved, and every nuance of musical notes was reproduced to an extent where the music, particularly jazz and classical pieces was simply more interesting, and absorbing to listen to. Well recorded live performances (most noticeably with 'simple' music) had the ability to raise the hairs on the back of my neck. 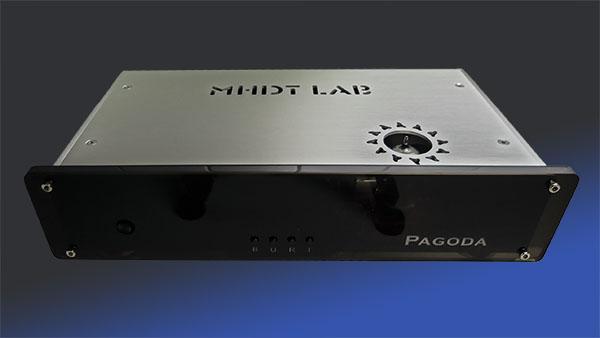 Bass notes were the tightest that I have heard. In fact, all parts of the recording were very tightly controlled, making the lyrics clearer, and providing clearer spacial clues. The sound stage was not enlarged (it's already wall to wall in both my systems, and quite deep), but everything within it was better defined. It did better show up poorly produced recordings, but not to the extent of making them unpleasant to listen to. PRaT was also fine. Sometimes when there is more control over the music, PRaT can suffer, but the Pagoda finds the sweet spot between maximum control,and allowing the music to flow as it should.

The Pagoda provides such a clear insight into the sound that it magnifies differences. For instance, I noticed that it better highlighted the difference in sound between the Windows computers, and those using Audiophile Linux! My auditioning notes also included the line 'best sound that I have heard from a CDP' that I wrote while listening to the Pagoda connected to a Virtue Audio Piano. And when playing back hi-res music (24-bit/192kHz), the improvement over 16-bit/44.1kHz recordings was more obvious than with other DACs that I have listened to.

It's honestly impossible to find anything to dislike about the Pagoda, or its sound. It's beautifully built, with a solid, expensive feel and appearance. Given the performance and build quality, the price is fair for what is the best DAC that I have heard to date. For those that like tweaking, the option is there to try swapping valves in the buffer stage, although to date, I have had no inclination to want to change anything about the Pagoda's sound. Over time, I fell in love with the Havana and Stockholm 2 DACs, and I have been using the Havana for years. With the Pagoda is has been more like 'love at first sight', and I can thoroughly recommend it. For me, it's put a bit of excitement back into my hi-fi life, and if you want a thrill too, the Pagoda won't disappoint.