Does this DAC-in-the-box contain a surprise? 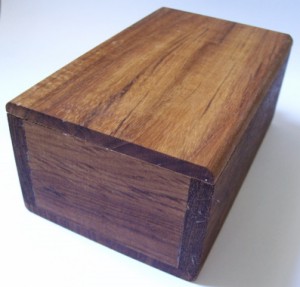 I reviewed the Monica2 NOS DAC back in November 2005. At the time I liked the sound but found the output a bit weak compared to my Scott Nixon DacKit. I wasn't the only one and eventually DiyParadise offered owners an output stage for the M2 that addressed the issue. Several other modifications were suggested for the M2 and these took it pretty much as far as it could be taken with a decent power supply. So a new design was evolved that became the Monica3 and that is how you should regard the M3, ie as a new design rather than a slightly updated M2.

As I had modified the M2 about as far as I could, I was keen to hear how the M3 compared to its older sister. DiyParadise obliged by sending me a Monica3 module to play with. As a rule, DiyParadise will only supply the Monica3 as a finished item in a case, the exception being that those who have previously purchased an M2 can buy the M3 module (contact DiyParadise for details). As the quality and type of power supply used, will have a far greater effect on the sound than the case, you can assume for the sake of this review, that what I report will apply equally to an M3 supplied in the wooden case. It should also be noted that DiyParadise offer their own choice of power supplies for Monica3 at extra cost. 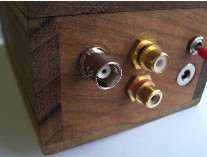 That wooden case is a simple box internally coated with Damar varnish that is said to improve the damping properties. The exterior has a coating of linseed oil that may be replenished from time to time to keep the box in pristine condition. There's not much more to say about it really. It won't be to everybody's taste but it isn't unattractive, and I agree with DiyParadise that a non-metallic enclosure is the best option for housing a DAC. You will find the usual sockets, SPDIF in, and twin RCA sockets for analogue output. There is also a (switched) DC power input socket.

Looking closely at the module when it arrived, the first thing that I noticed was a new receiver chip that replaces the CS8414 on the M2. The new chip has a typical jitter rate of approximately half that of the CS8414, and that should boost detail retrieval. More obviously, the Rudolf Broertjes output stage is an integral part of the M3, rather than an added module. The output also boasts the four Black Gate capacitors in Super-E configuration, compared to the pair of single Black Gates used in the M2. Not so obvious, are the modifications to the circuit, some of which as I said above, are based on customer feedback.

As alluded to above, the type and quality of the power supply is going to have quite an effect on something like a DAC, so rather than rush in with a very complex and high quality (and expensive) power supply, I wanted to start off listening to the M3 using something that would typically be used by a majority of people buying it. So initially I built a supply using a transformer, (off-the-shelf bridge rectifier) and a 2200uF cap. This supply provided an unregulated 22 volts. The PSU supplies both the output stage and the DAC section of the M3 module so it is necessary to add a heatsink to the LM317 regulator that drops the voltage down for the DAC section. (If you don't add the heatsink, power supply voltage should be limited to between 15-20 volts) With the module installed into a case with some sockets, I connected up the power supply, and sat back to see what happened.

Even without any burning in, the sound of the M3 is impressive. The sound comes from such a dark background, it is hard not to hear all the extra detail. I did wonder if I would find it as good as the highly modified M2 with it's expensive power supply but I wasn't disappointed. The improvements that the M3 offers over the M2 are quite obvious. In other words, if you have a stock M2 and are considering modifying it, or buying a new M3, I would have to guide you to the M3, even if you later decide to carry out some mods (mainly power supply) on it too. 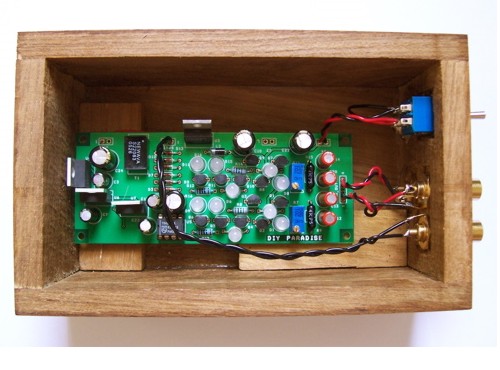 Where as the M2 was 'nice' to listen to, the M3 is pleasant with much more 'attitude', ie great dynamics. It's an assertive sort of sound that isn't aggressive but drives the system very well. It's a musical DAC, perhaps the most important quality of any piece of hi-fi, bad sadly not mandatory. Detail is much improved over the stock M2, and the timing is spot on. I read on the DiyParadise forum somebody saying that they found the sound slow, but I think that was more down to the system synergy, than a short-coming of the M3. One suggestion for the poster was to add a buffer section to the output of the M3 after the output stage. In fact, the buffer section, based on a design by Nelson Pass, improves the sound anyway and is now fitted as standard to the M3's sold by DiyParadise (it's good to see suppliers being quick to add improvements to their products rather than waiting for the next version to be produced).

I also took the opportunity to connect up a pair of 12volt batteries in series and use them to power the M3 instead of my mains supply. While the results were very good, I preferred the extra 'bite' that I got from the mains supply. This may be due to using smaller SLA batteries rather than larger ones, and I know some people swear by a battery supply for a DAC.

No doubt I will be tweaking the M3 soon, and I have already built a more up-market power supply. But as this is basically a review about the Monica3 as you can buy her from DiyParadise I will not go into that here. Suffice to say that Monica3 is a very fine DAC, a big improvement on Monica2, and one of the better NOS DACs currently on the market. She is no longer one of the cheapest options although her performance is commensurate with her price! Also remember that you get great customer service, with extra support and advice through the DiyParadise forum. So I give the Monica3 a hearty recommendation! 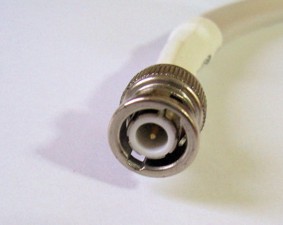 Also in the box that came from DiyParadise was a 75 ohm SPDIF cable, the 'Whitesnake'. Now I am not easily impressed by cables, or more accurately, the claims made for some of them, as my previous cable reviews will show. So I didn't really expect much from the 'Whitesnake'. It's a thickish coaxial cable with a quality BNC plug at either end, something that did impress me as I do think that BNC is superior to RCA for digital connections. DiyParadise actually supply a couple of adaptors in case your equipment uses RCA sockets. Anyway, I replaced my usual SPDIF cable with the 'Whitesnake' being careful to install it correctly, ie according to the direction arrows on the sheath. Straight off it sounded slightly different, and as I played more music, and perhaps something changed in the cable or connections, it became quite apparent that there was an increase in the level of information coming out of the speakers, but particularly with the bass. It is quite obvious that the 'Whitesnake' is making an improvement, so in my opinion it is one cable that is worth adding to your system (more so because it is sold for a sensible price!).