Another candidate for that 'T' amp system? 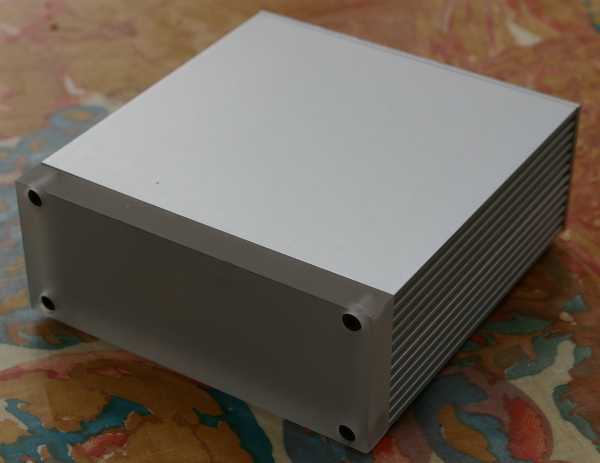 A few months ago an old friend of mine emailed in some excitement to tell me about a DAC he'd just bought on EBAY. He was a very happy man and felt that here was the perfect T-DAC for my upcoming T-System (see I tell everyone about it :-)

At around £100 and boasting such gems as 'Black-Gate' capacitors I was obviously interested so contacted MoodLab for a sample. What actually arrived wasn't quite the DAC my friend had, but the latest "Dice" model, in the meantime the company had metamorphosed from being one of the tiny Ebay manufacturers to having a professional site of their own and an expanding range of products.

What arrived was a ribbed alloy box, fronted by a frosted perspex panel - I like small hi-fi for many reasons, practical and aesthetic and the Dice fitted the bill perfectly. With this box came a small wall-wart power supply.

The technology is one of the flavours-of-the-month in that it is a Zero oversampling DAC using our old friend the Phillips TDA1543 16 bit converter as used in our own Convertus DAC. For those wanting to see the technical side of Zero oversampling please go and read all about it in the DIY section. This almost prehistoric 16-bit device is fed by a Crystal 8412 chip. 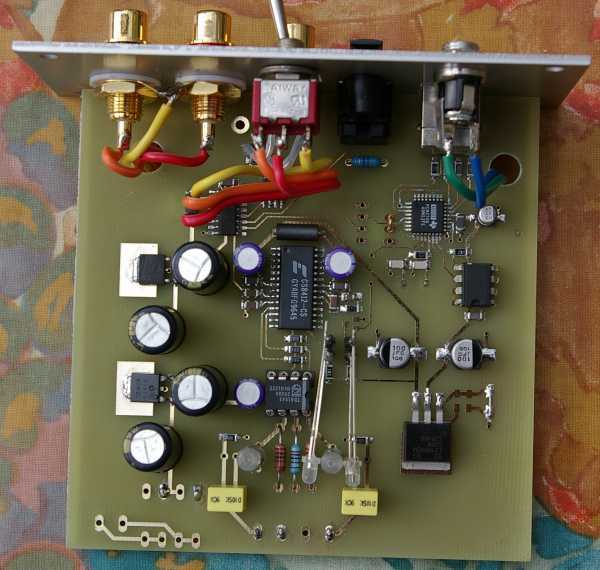 As you can see from the pic, layout is neat and the component quality high with Vishay resistors and Sanyo OS-Con caps. The incoming raw DC from the power supply is regulated in the DAC using a proper discrete shunt regulator.

The DAC is interesting in that inputs include unbalance RCA, Toslink (optical) and a USB port - yes, this is designed to plug-and-play with your computor soundcard should you wish, so a high class computor system, Dice, T-amp and a pair of small monitors would all be possible on a desk top... 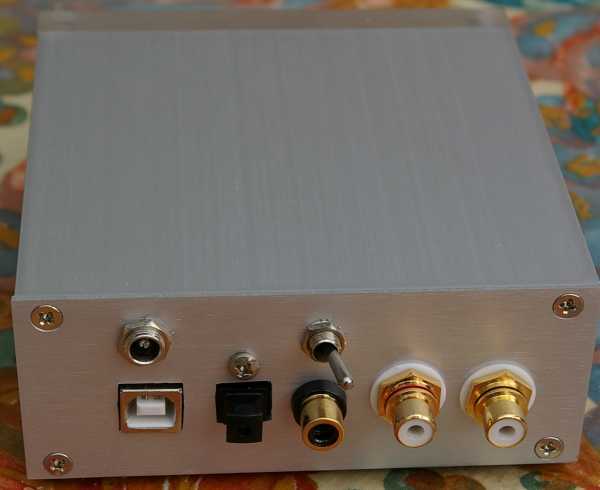 In Use and Sound

I'm not a computer 'listener' so the USB wasn't tested, nor was the Toslink. The source was a Opera Audio CDP 5.0 CD player. This was ideal, as with a very high quality, 24/192 (another flavour-of-the-month) onboard DAC, with valve output stage, it in effect contains a much more expensive DAC. With a digital out it gave me the possibility of back-to-back comparison with a turn of my AudioNote M3's input selector. The only snag here being that the Dice had a lower than normal 1.6v output and so volume matching was a bit of a problem, though only for a reviewer not a customer!

Once again this DAC also needed a long time to break it - sounding OK at first it became much more open and free flowing as time progressed.

My other DAC is an AudioNote Zero which is also zero oversampling and the Dice quickly showed that it had the characteristic energy of the breed. Switching between the Opera and the Dice showed the former to have a bigger, bolder and altogether more meaty presentation, areas in which the Opera has become the machine to beat in my system. The Dice in contrast sounded a little lightweight, but behind this was a great feeling of speed and agility, and most importantly a sense of drive in the music.

This initial impression remained through many discs using back-to-back comparisons - one reason why such tests are limited. By flicking from one to the other the general tonal shift dominated and the ear never habituated to the new balance. Extended listening proved rather more revealing...

So over the next month I alternated between the Opera's own built in DAC and the Dice on a day to day basis. I also tried it using the AudioNote Zero transport which largely confirmed earlier findings. Then just for kicks using the digital RCA output of a 30 euro, supermarket buy DVD player, more on this later :-)

Tonal balance aside how did they compare? Well first the Opera continued to make everything bigger and more powerful than the Dice, the Opera's soundstage being slightly wider and deeper and the performers simply occupying more space. I also think that when things got more complex such as in loud passages, orchestral climaxes etc the Opera managed to put across the scale without clumping things together. In these circumstances it could get a bit flustered and hard. However here we are comparing the little DAC to a very high standard of reference.

In other areas the Dice really shone. Smaller scale jazz had a lovely sense of natural atmosphere and more important (nothing is more important in jazz) gave crisp accurate timing even when things got a bit crazy as with some weird Cuban rhythms I've been trying to get to grips with. Part of this is down to that feeling of energy and drive that the Dice has, and which it shares with the AudioNote DAC. Maybe I'm barking up the wrong tree here but I also think that this drive is particularly in evidence with female vocal, I'd love to look at the comparative waveforms of male and female voices, but is there a man who does that 'energy' thing like Arethra? And no I'm not talking about singing loud - there's a volume knob for that, but rather the huge range of dynamic contrast.

But I hadn't finished with the Dice :-) What about that heap-of-junk, no-name DVD player. Yup it was transformed. Playing CD's stock you'd think it was mono, flat uninteresting and sounding very, very cheap. With the Dice? Better than I dared hope - here's the bottom line, with that cruddy DVD player the Dice got close enough to the Audionote Zero pairing to be perfectly listenable in a high-end system. The AudioNote's were better, in particular detail retrieval and soundstaging, but the essential core of the music and a soundstage of manageable proportions was produced by the cheapo pairing.

The perfect T-source??? No. The reason being that at $400 the Dice is just too expensive to come under the very low bar that I had set financially for my T-System. But hang on, on the MoodLab site is an identical DAC - the "Concept", minus the USB and Toslink for $200! Now assuming it's the same DAC (and the site says it is) and it's been stripped of a couple of outputs it should sound at least as good as it's more expensive partner. $200, 170 euro, £115... Yup that gets in under the bar.

So candidates for my T system? Source cheapo DVD and the Concept DAC - total 200 Euro. T-amp 30 Euro. Audio Nirvana speakers 150 Euro. So a true high performance stereo system for well under 400 Euro - OK over to the rest of the TNT team - your turn, beat that!