A little “bit” of everything

In November 2018, I reviewed the NuPrime CDT-8 & DAC9 CD transport & DAC combo. The DAC9 was also a preamplifier, besides being a DAC. Now add to this a first-class headphone amplifier, derived from the NuPrime 10 series, and you get the new Alita! The whole package retails for 1295€, so you get three components at the same time, for a budget that buys a mid-class DAC only. The Alita is a component which is focused on headphone listening enthusiasts who need first class sound even with the most demanding headphones, and also need a good DAC and preamp at the same time. Just add a digital source and you're done. Not bad for the asking price.

First of all, there are two headphone outputs available: balanced Pentaconn 4.4mm & the standard 6.3mm. The Pentaconn socket (manufactured by Nippon Dics Co.) is a new standard for headphone connection, the fully balanced layout ensures minimal crosstalk, maximum channel separation and a lower noise floor. The outputs of the Alita support both Single Ended Unbalanced, Fully Balanced and Active Balanced Ground Driving. Output power is quite high for a headphone amplifier, as it's up to 1.7W (@ 32Ω).
N.b.. The official NuPrime website refers to slightly different values, these have been taken from the owner's manual.

Secondly, the Alita is a DAC with IIS/DSD, XLR outputs and decoding capability of PCM 768K & DSD256, with four digital inputs. Decoding duties are performed by some of the world's best performing 32-bit audio DACs on the market, namely the AKM AK4493 EQ. The DAC9 I reviewed two years ago used the earlier AKM AK4490 chipset.

A proprietary NuPrime implementation is also capable of decoding DoP formats via coaxial and optical inputs (for example, to support NuPrime Omnia portable devices that are able to output DoP stream in addition to S/PDIF).

As a preamp, the Alita features an advanced, FPGA implemented switched-resistor ladder network for controlling volume, i.e., a single resistor in the signal path at any volume setting, for minimal interaction on sound. The volume is also individually adjustable - in 99 precise, 0.5dB increments - on each input for accurate source level matching.

A complete and easy to use remote controls every function.

A little “bit” of everything 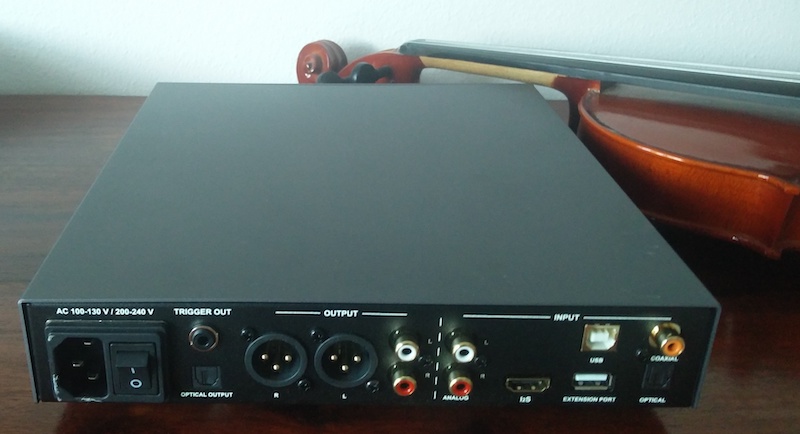 The sound of the Alita, as a preamp and DAC, reminds me that of the DAC9, but there are differences which are not subtle as I imagined them to be.

It is mostly neutral, as the DAC9, but precision and smoothness of the mid/high range definitely belong to a different league. That slight trace of monitor sound seems to be gone, and the musical performance is smoother, with tons of details that never sound excessive or fatiguing. The high range of the DAC9 appeared to be slightly warm, well, not so the Alita. It is not cold sounding but the high range appears to be better defined and extended. And the mid range, especially with voices, seems more natural and less “digital”. I don't know if this is due to the better D/A chipset or if there have been other improvement in the output stage, but the upgrade, in terms of musicality, is clearly audible.

In the review of the DAC9 I wrote: “from time to time they (the voices) seem to lack some pathos”. This effect is completely absent in the Alita, and instead the naturalness of the voices is one of its strongest virtues.

Then you have the bass range, which was already rock solid and punchy in the DAC9 and now it is the same, though I didn't notice any kind of improvement in this area. Articulation, depth and bass slam are top class, as before.

The sound is dynamically involving, a bit more punchier than with the DAC9. Of course you shouldn't expect the big scale dynamic performance of top class components (do not forget the price tag for this three-into-one component!) but, still, the Alita is emotionally involving even with the most demanding rock or symphonic tracks.

The DAC9 was not at its best at reproducing a big realistic 3D image: (cit.) “The soundstage isn't exactly “big”, though it is geometrically correct in terms of proportions (width/depth/height ratios). The focus of the 3D image is extremely clear and stable. Sometimes the stage appears a bit forward, and some extra depth of the image would have helped taming this attitude”. Well, The Alita does slightly better, the focus and the precision remain the same, but the size of the stage, and its depth, in particular, improve. It is not a day/night difference, but it is noticeable.

As a headphone amplifier, the Alita is stunning for the price, in terms of power, drive, and punch. Comparisons with other headphone amps, such as the lesser Pro-Ject Head Box S2 Digital and the very good Audio-GD R2R 11 prove that the Alita is superior, and not by a small margin. The main difference can be found in the bass range performance: you get more solid and punchy presentation, paired with an extension and energy in the first octave that is simply unknown to the other two amps. With its 1.7 watt of output power (@ 32Ω) and 135 mW (@ 600Ω) this Alita can virtually drive any headphone with ease. I'm not so good at judging soundstage in headphones listening, as I always feel it insanely unnatural, hence I prefer not to write a line about this particular aspect of the musical reproduction. I assume the performance to be good, considered what the Alita can do with traditional loudspeakers. 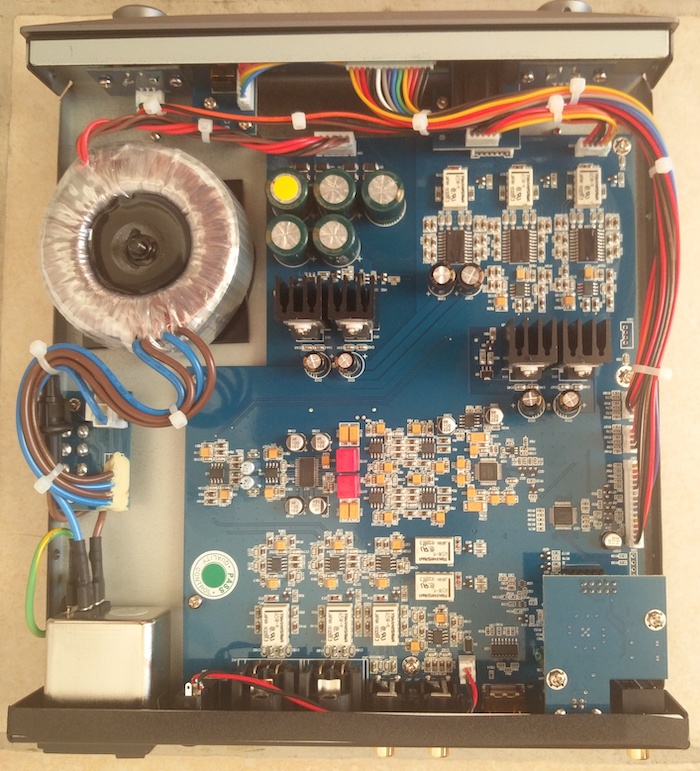 Manufacturing & finish.
Everything is quite similar to the DAC9 so I have no serious complaint, actually. The quality of manufacturing and finish are adequate to the cost of the component. Being smaller than standard HiFi components, they can cause some trouble when searching for the perfect position in a standard rack.

Sound.
A step forward with respect to the DAC9, this three-into-one combo is extremely convincing, for the price. If you want me to be picky, I'd say that the soundstage and the dynamic performance could be bettered. Certainly it is not warm sounding, so the partnership with its ancillaries should be carefully evaluated.

This Alita has conquered me with its musical personality and its huge list of features. Just add any digital source and you're done. If headphone listening scores high in your personal wish list, do not miss the chance to give the Alita a careful audition, or you'll regret it!