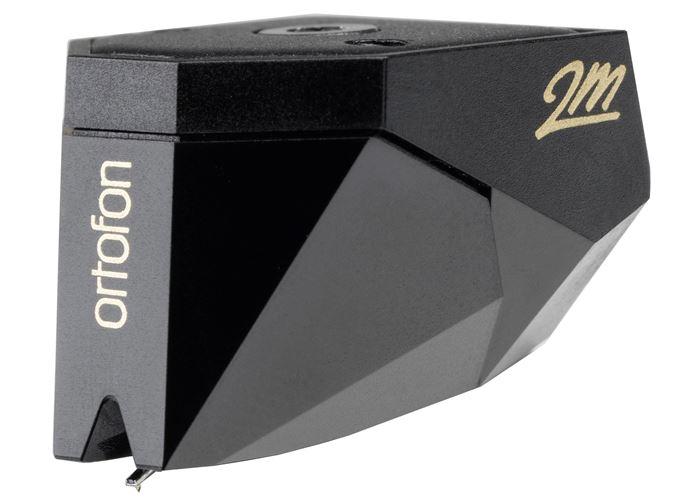 It's long been the case that the considered Holy Grail for vinyl replay is the ubiquitous Moving Coil Cartridge and it is often suggested that one should head off down the MC route as soon as funds permit. Whilst this is in theory a good idea MCs are difficult to get right and difficult to use due to the ludicrously low signal they put out which has to be amplified (a lot) for it to be on speaking terms with your amplifier. This implies active gain devices and/or transformers and naturally if you want to preserve the tiny signal we're playing with they'd better be good and hence don't come cheap.

There is however another possible route that is well worth investigating - the high quality Moving Magnet cartridge. These typically output 10 times more signal than an MC and hence can be plugged straight in to the MM stage of any integrated or one of the many well priced outboard MM stages on the market. It's a setup I myself ran for a long time and whilst I personally use an MC nowadays I firmly believe that until you're ready to spend around 750€ on a cartridge (along with the same on a phono stage) you'd be better off with an MM.

Ortofon seem to think this is a perfectly valid route hence the existence of the 2M Black. The Black is the top model in a lineup of 4 cartridges which range in price from 110€ up to 600€ which also includes Red, Blue and Bronze Models. As you move up the range the diamond profiles get better and the top two models are made from Lexan DMX which is type of non resonant Polycarbonate. The stylus is user replaceable (another important point in MMs favour for the budget conscious buyer) and the cartridge comes complete with a nifty stylus guard to keep away prying fingers.

So what makes the Black better than it's brethren? - well Ortofon have taken the Nude Shibata diamond from the MC Cadenza Black (which retails not far from the 2k€ pricemark) and added it onto their 2M platform. They've also added silver plated coils inside with split pole pins. In automobile terms this is like an Audi RS4 - fairly standard looking from the outside and to the untrained eye but the trick stuff is hidden away inside.

Output is a healthy 5,5mV and the cartridge body has been designed to be easy to fit in most modern tonearms. Ortofon can also supply versions ready to plug into SME detachable headshell arms and arms that need the bolts to fix from below (ie with captive screws).

The cartridge itself comes very well packed complete with a stylus brush and basic tracking force balance. You also get mounting hardware and a small screw drived for fitting. With all this I thought - how hard can fitting this cart be? It's got to be a doddle. Well it is assuming you don't own a stock Linn Akito Mk1 (which I do). The fact that Linn decided even on base model arms to put pins on the arm that need headshell leads to fix to the cartridge pins causes absolute havoc with the 2M series. The pins don't allow you to slide the cartridge far enough back in the headshell slots for correct alignment. I was a bit puzzled at this so I gave the Glaswegian Arm Wizard John Nilsen from Audio Origami a call and he told me (and I quote) “that isn't gonna happen". However he suggested a rewire and a few other arm mods which would bring my Akito Mk1 up to date AND allow me to run the 2M Black. So 10 days later I was up and running and after running my own cart to get a feel what the Audio Origami mods brought to the show the 2M Black was at last ready to test.

I would point out at this juncture that the (new) Ortofon website does not list the 2M Black as a recommended cartridge for Linn arms and I presume this is the reason. So nul points to me for research then. However if your arm has been modded and you no longer have the pesky pins it's well worth perservering as we shall see.

I ran the 2M Black at it's recommended 1.5g tracking force in the aforementioned hot rodded Linn Akito Mk1 on my usual Linn Axis with a Living Voice Mystic Mat. Phono stages were either the usual CEC PH53 or the new Graham Slee Accession connected to a Canary Audio CA 608LV integrated and Pure Audio Project Trio 15TB Neo Speakers.

Initial impressions were of a smooth sound with slightly less life than I'm used to from my usual Reson Etile MC. Everything else however was pretty spot on. I guess the best thing would be some specific musical examples so here goes.

I initially decided to try a bit of dance music - Ortofon is very well known in the DJ world so it should be right up their street - so I dug out a copy of Baby D's "Let me be your Fantasy". This is one of those tracks that even if you're not into 90's Hardcore you've probably heard and has everything a good Hardcore track requires including piano loops, crowd noise and air horns. The Ortofon managed to provide weight to the bass, clarity to Dee Fearon's gorgeous vocals and sort out what is a slighly weird synth pattern that appears to slow down while the rest of the track keeps going. Added to that was a realistic set of synthesizer tones (and some great air horn and crowd noises..).All in all great fun.

Next up I decided to calm things down a bit and Jean Michel Jarre's "Oxygene IV" (known by some people as the Dolphinarium Music) made it's way onto the platter. This allowed the 2M Black to demonstrate it's ability to follow a bass line - there's more information than most people are probably aware is actually on the track. I hadn't played this record in ages and I ended up having one of those "oh that's what that should sound like" moments which was nice if a tad frustrating at having missed out on things before.


As the Ortofon runs an expensive Shibata diamond you would expect it to track well. Frank Zappa's "Sheik Yerbouti Tango" starts off with the instruction "Why don't you take it down to C Sharp Ernie?" This is normally followed by my brain telling me "Why don't you skip onto side 3 Graeme?" as the guitar is extremely strident and as the last track on the 2nd side it's in the zone where tracking is most compromised and distortion the most present. With the Ortofon the guitar is still distorted (it's supposed to be) and could never be confused with Robert Cray but it's not harsh and the only thing that's going to make you turn the track off is whether you like it or not.

I also really enjoyed the track "Rubber Shirt" which is just Terry Bozzio on drums and Arthur Barrows on fretless bass. This has always been one of my favourite tracks on the album and the Ortofon dug into the mix clearly highlighting and positioning in space the drum and cymbal strikes along with the complex fretless bass line. It just makes this slightly complex music easier to appreciate.

This next bit may sound a bit contradictory to the cymbal strikes remark but bear with me - whilst the top end is clearly presented it definitely is of a smooth nature. I tried Bjork's "Hyper Ballad" off of her second album Post. Again the detail was there, the bass well defined and tuneful and synthesizers seemed to pop up from all around the soundstage. When the very distinctive Roland TR909 high hat comes in it's obviously a TR909 and clearly presented and easy to follow. It just lacks some apparent bite which I would expect to hear from the aforementioned drum machine(or sample thereof). Now this isn't necssarily a bad thing.

Most modern rooms tend to be sparsley furnished with hard surfaces everywhere and Ortofon have seemingly voiced the 2M Black accordingly. The only situation I could see this really being an issue is if you have a very laid back system in a very highly damped room. In my modern furnished room I was able to play "It's oh so quiet" at high levels and just relish in the performance without diving for cover behind the sofa when the brass section kicks in. Oh and performance is what you're going to get. Bjork's unique phrasing and vocal inflections are all there and you can hear the different way she sings each line. This combined with solid precise imaging allows a close and personal experience with the Icelandic diva without the risks associated with trying to take photos of her at the airport.

As I mentioned above I tried the Ortofon with my CEC PH53 and with the GSP Accession currently in for review. To be totally honest I'm not sure which combination I prefer. The CEC brings slightly more life to the music and makes me grin whereas the GSP is more even over the frequency spectrum - it digs deeper into the bass regions and is better detailed. Sometimes having the choice is difficult but it's fair to say the Ortofon's essential neutrality combined with the smooth top end will mean your phono stage is not having to compensate for/filter out any strange or undesirable characteristics at the start of the replay chain.

Downsides? Apart from the fitting issue (which a dealer would warn you about if you were contemplating this combo) the only I can find is a slight lack of what I would refer to as lightness of touch. This is something I find in my Reson Etile and the way it follows music with ease and delicacy. The 2M Black isn't far behind and it should be remembered that costs 350€ (more than 50% of its purchase price)less than the Reson and doesn't require the extra MC gain stage.

So where does this leave the Ortofon in the market for 600€ cartridges? At this price the direct MM competitors have to be the Reson Reca and Audio Note IQ2 (both Goldring 1000 series based and 600€). Having lived with and enjoyed the Reca for many years I'd have to say the Ortofon is spot on at this price range. Which one to go for would be taste dependent but the Ortofon's strengths in detail, imaging, tracking and neutrality make for a compelling case. If you're looking for a cartridge in this price range, be it MM or MC, it should definitely be on your shortlist.