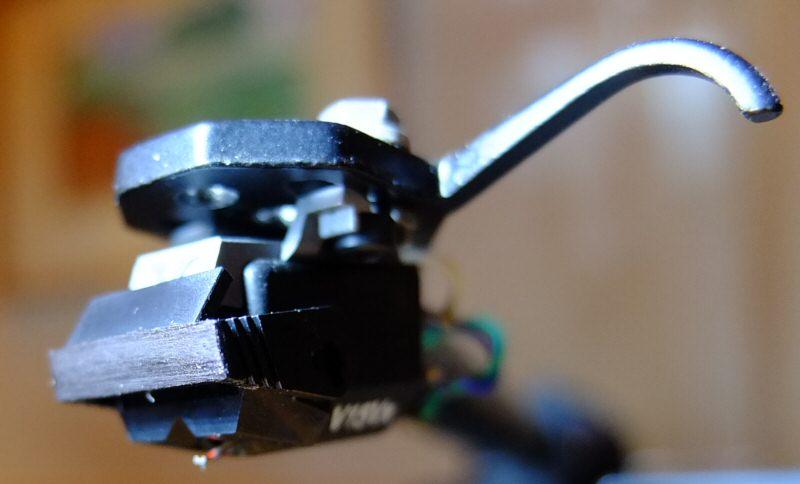 When I was 18 I can remember shelling out £5 for a vinyl album (1978 – Dylan 'Planet Waves' if you're interested) and thinking that I'd just blown a day's pay... Vinyl was expensive...

36 years later the sad truth is that vinyl is once again the most expensive medium on the market. But it's not the cost of the vinyl itself – even new reissues at £20 are a fraction of the 1978 price in real terms and I rarely pay more than £3 for a second-hand disc.

The fact is that true vinyl nuts have progressed to cartridges costing hundreds, and sometimes thousands of pounds, and once tasted – like fine wine – it's hard to go back. The dilemma is that of all hi-fi components a cartridge is the one that wears the fastest. Playing typical second-hand vinyl means that cartridges have worn enough to irritate me after 600 hours*. So if you have a £600 cartridge that equates to £1 per hour of listening! Get silly and something like the Dynavector DRT-1t can cost you over £10 for every album you play...

If you (like me) are the sort of person who doesn't have a TV and can quite happily listen for 3 hours a day you really need a second job to finance the addiction.

One of the perks of being a hi-fi reviewer is that manufacturers often leave cartridges with you (most don't have much use for a second-hand cartridge even if expensive) so for the moment it's not personally a major issue** - but I'm aware that it is for many.

This was brought to a head by my Father-in-Law. Not a wealthy man, he runs a nice set-up of a Rega arm on a AR Legend turntable. It's good enough to need a decent cartridge and he's run my old review Shure V15 that I purchase from Shure. If you look at the review you'll see it dates from 1999! But it wasn't wear that prompted the crisis – but a careless duster swiping the cantilever off.

So what to do... The V15 would be a £500 cartridge nowadays and a bargain at that (I love them) – but it's no longer available. There are a few NOS MR styli floating around at the £300+ range but for someone who listens fairly rarely that's quite a hit. Enter left faithful Son-in-Law and I'm on the case. A bit of research and I find that third-party styli are around and by reading forums etc it looked like one was not only good quality but a howling bargain as well. Ed Saunders sold a replacement for $59 and what with postage from the USA it ended up as a round £50.

There are several V15 styli around at the moment – some from the far-east and some (from what I've read) of dubious quality – the Ed Saunders appeared to be a a cut above that, so my expectations of the Ed Saunders were that it would be OK and help get my Father-in-Law's turntable back to life. After-all – the V15 VxMR stylus was a thing of beauty.

After 3 weeks the package arrived and of course being a V15 swapping the stylus over took a minute – oh! The joys of MM cartridges with replaceable styli!

But I'm ahead of myself. Before we get to the nitty-gritty – a few words on the technical aspects of it all...

In the original VxMR stylus assembly the cantilever is a Beryllium tube and the stylus a complex line-contact. In comparison the Ed Saunders replacement uses a slightly less sophisticated Hyper-elliptical stylus (manufactured in Switzerland) hand-set into an aluminium tube. Now this sounded like a downgrade to me, and quite an acceptable one considering the price, but things aren't quite that simple. You see that spec is essentially what the V15III used, and for some people that was the best of all the V15 family – in fact Ed claims the stylus is identical...

I tested the V15 VxMR 15 years ago (no I can't believe it either) and made comprehensive notes as well as writing the article. Obviously in the interim I've lost a shed load of hearing ability and the memory plays tricks, but the more I listened to the new stylus the more convinced I was that the Ed Saunder's stylus was not only very good, but undeniably better than the original and my Father-in-Law agreed.

When I wrote that review long ago I praised the V15 for it's 'slam' in the bass, the speed and detail retrieval, fine imaging etc (you can read it all here). On the other hand I felt that it had “a slightly recessed midband” and more importantly “There was the impression that the V15 scavenged out leading edges only to loose the body and decay of a note” - this produced an initially impressive performance but one where you felt you were being a bit short-changed compared to a (more expensive) Moving-Coil.

With the Ed Saunder's stylus it was as if Shure had read my criticisms and brought out a V15 VI to address them. The detail was still there, the speed and the slight warmth, but now decaying notes were allowed to fade gently, the body of an instrument was there – the whole thing sounded more of a whole and that slight impression of a cartridge just trying a bit too hard to impress was gone.

So good was this that I stole it from my Father-in-Law and scurried back to base-camp where I slotted it into my Audiomods arm on the Acoustic Solid Machine turntable.

Even now – playing through a really hi-end system - that cartridge sang out. Where much more expensive cartridges had some more 'air' and handled complex harmonics more faithfully it certainly wasn't a rout and the V15 continued to be eminently listenable even when faced with £8000 monsters. It still sounds like that V15 I tested all those years back, but just that much more – well – expensive I guess! I'm sorry but after a decade of testing very expensive cartridges and wondering if they would ever be in my range I got a warm fuzzy feeling about this little cartridge – a true legend to many – producing the goods with a £50 stylus.

I've just had a quick glance at Ebay and V15 Cartridges – especially without Styli – can be had for £50 and they are tough old things so a safe buy. That means for £100 you get a true hi-end cartridge, and one that will only cost you £50 every year or so to keep running.

Now one day I'm going to retire and shelling out a couple of grand from a cartridge every year is not going to be an option – I'm going to have to downgrade. Well no longer, because the V15 with the Ed Saunders stylus is something I could live with very happily. I'm not joking when I say that I fully intend to buy a second-hand V15 off Ebay and a couple of the Ed Saunders Styli to have in hand for when poverty hits - and before this article has V15 prices hitting four figures...

*Ortofon (who aught to know) say that changes will appear at 1000 hours and full life expectancy 2000 with new/spotless vinyl– personally I've never got that far...

**I'm happy to declare that I accept these (and have stated so many times in this journal) for the simple reason that testing arms, turntables, cartridges and records

involves giving my personal cartridge a hammering it wouldn't survive – if I were paid to write for TNT maybe I could afford the hit – but I don't and I can't so 'loaners' are gratefully received...

October 2018 update. Warning! We are receiving several complaints on the quality of the ED stylii and their delivery times, since the Company is no longer managed by the same people as before. So, we warmly invite you to read other customers' opinions on web forums and discussion groups for more infos.