Something new under the sun... 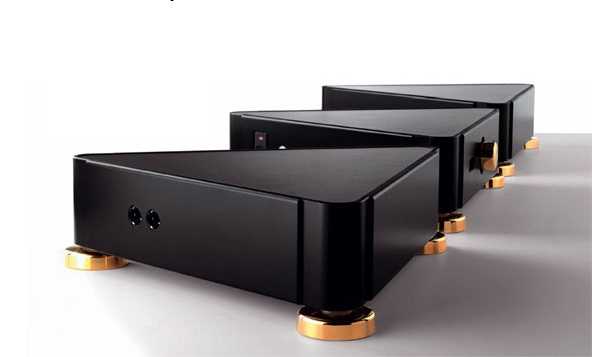 Some time ago, our Editor was contacted by a company we weren't aware of.

The company was proposing to our attention a very special DAC, based on a completely new approach. Lucio promptly passed on the contact to me, as I'm more interested in Digital Audio technical aspects.

Initially I must say I was not feeling comfortable at all about what was proposed. It is too easy to look into a completely new approach just to find out a lot of drawbacks. On the other side, it is even too easy to disregard a possible solution just because it is not the standard one. So I decided to read anything that was available about the proposed approach and to draw a line at the end.

Well, by the end I had figured out what was the approach, and was really upset by its intrinsic simplicity, on one side, and the very complicated and delicate set up required.

What follows is adapted from generally available documentation, mailing with Dietmar Braeuer, chief designer, and direct discussions at the last Milano HiEnd 2006.

The Company and the design

The major business of GTE are sensors and measurement electronics. The original topology of the DAC was designed for switched capacitor filters for a very special product, for which GTE has a worldwide monopoly. This business has actually supplied the money for the development of the audio version.

Both Dietmar Brauer, the designer in chief, and Mr. Weigel, the boss, are audio freaks, and both owners of the company, so the idea came out very naturally. The target was very high: a DAC with the best possible technical performance in all parameters.

Switched capacitor filters are sampling systems themselves, so adapting the topology to DA converters was easy. The design took almost four years. A major issue was the need to wait for the final definition of DVD-A standard; in facts the unit is specially designed to minimize both the digital and the analog signal processing with high sampling rate signals.

The technical innovation consists in a special kind of oversampling which takes place after the signal leaves the DA converter ICs. This is the reason why GTE calls it linear analog oversampling (LIANOTEC). The signal chain for CD or, rather, for all PCM data streams from 44.1kHz/16bit to 96kHz/24bit is

The signal chain for DVD-Audio or better for all PCM data streams with sampling rates of 176.4kHz/24bit or 192kHz/24bit is

In practice, looking at the chains shown above, apparently GTE removed the analog filter, which costs 10USD, and substituted it with a technique which needs 16 DA converters and costs hundreds of Dollars.

However, according to Dietmar, "this is worth the trouble, because the sound is more important than anything else and the rule for a good sound is to have the lowest count of parts in the signal chain."

The next step was then parting the DA converter into three separate functional blocks, left and right channel and control unit, placed in three separate boxes, in order to give the consumer the opportunity to build their own "Power DAC", by connecting each channel unit to their power amps with the shortest possible analog connections.

For what regards jitter, which according to Dietmar is however not (or no longer) a primary issue, there are a few different elements that contribute to make it not measurable: the digital interface receiver (AKM 4112B from AKM) primarily responsible for extracting the clock and data from SPDIF flow already minimizes jitter, a further PLL system utterly reduces it, and the real multi bit DA converters are scarcely sensible to it. Finally, the LIANOTEC arrangement in facts performs a further x 8 oversampling, and it is known that the higher the sampling rate the lower are the effects in terms of signal to noise ratio due to jitter.

LIANOTEC is the core conversion technology used in this DAC.

It builds up a sort of oversampling (the name stands for LInear ANalog Oversampling TEChnology) making use of a number N dacs.

This is not new, as many well known converters used arrays of DACs connected with inputs and outputs in parallel (even our DIY Convertus uses this topology), with the effect of reducing overall distortion noise by 3dB for each doubling of the number of dacs. The interconnection is in facts easy, as many dacs have a current output, and summing up currents is very simple.

However, the topology used here is completely different: while the outputs are interconnected, the inputs are not in parallel.

At this point no further detail information is available, as far as I know, so I try just to pull together all pieces of information I have and fill the gaps with my own hints.

Apparently, the DACs array is controlled by additional digital circuits, driven by the digital input signal at an high sampling rate Fs (normally 192k in case of DVD-A without standard oversampling filter, but also other frequencies obtained from lower sampling rates through normal digital filter oversampling).

This set of values is applied to the DACs array, whose outputs, summed up through a simple I/V converter circuit, produce an analog signal that is still unfiltered, so that it would still appear as a staircase in an oscilloscope.

As we know, a staircase signal, like the one emitted by a zero-oversampling DAC without any output low pass filter, contains a lot of power in the high frequency alias side-bands. However, here the apparent output sampling frequency is of the order of N * Fs = 8 * 192Ksps = 1536Ksps, the first side band frequencies are normally higher then 3MHz, so that they are virtually filtered out by any normal audio amp.

So, in this way, no digital filter is required, and the fact that there are N DACs in parallel in any case contributes to reduce conversion distortion and noise by 3 * log(N) dB.

One final point: the technology is so sophisticated and delicate, that to get the best results the special LIANOTEC circuits have been placed on a board directly over the DAC chips, in order to have all the digital signal paths with the same length.

Ridiculous? Not at all, it matters: we talk about jitter in the order of picoseconds as a normal thing, but sometimes it is the case to remember that the light takes 1ns (1000ps) to go through a 30cm (12") gap... 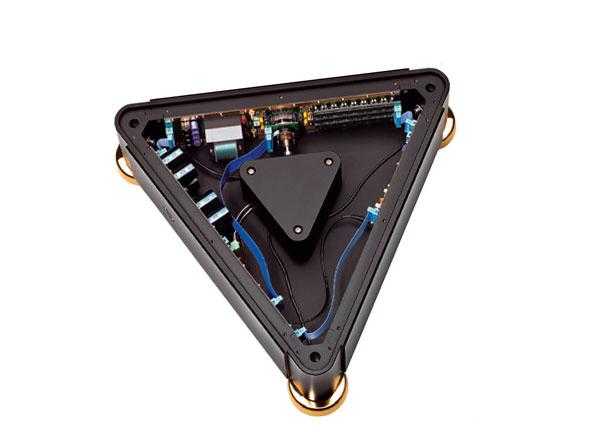 As Dietmar says, the DAC was designed with the target of getting the best results in the world, both from the technical and the listening standpoint. As such, clearly cost is no issue, and very special and advanced arrangements have been implemented to achieve the best possible results both on paper and in practice.

Apart from the LIANOTEC technology, which seems to be a real breakthrough by itself, there are many other design details in Trinity DAC that deserve some comment.

First of all, the special disposition of the circuits in the three modules allows to keep the power supply unit far away from the delicate DAC circuits. This proved essential to be able to achieve the -130dB s/n ratio.

For the same reason, each of the two channels is galvanically isolated from the controller, which means they do not have a common ground. The special isolation of the different functional areas is preserved at the interface point by the use of optoisolators for all low speed, not audio related control signals, and wideband transformers for the audio flow.

The transformers are driven by very high speed differential drivers, capable of reaching gigabyte transmission speeds. The signal transmitted from the controller to the DAC modules is a regenerated version of the SPDIF flow received by the controller. This regeneration is achieved through a very low noise, wide bandwidth receiver circuit, which is equally important for reducing jitter. A similar regeneration takes place again at the DAC input.

Given the complex and proprietary interface, the controller is connected to the DACs through a special multipolar cable which includes also a 50ohm coaxial connection, terminated with a special gold plated connector.

Before starting shooting to the piano player, ooops... writer (not reviewer, in this case), just take this for what it is, a technical article on a brand new product with a innovative conversion technology presented by a newcomer in the audio market.

For what regards the sonic quality, in facts, it has been assessed only through a few brief listening sessions in a non controlled HiFi fair environment, which is very far from optimal. So the only thing I can say is that the sound seems promising enough so to suggest Lucio a full review as soon as his brand new listening environment will be available. And I also can add, as it is the plain truth, that I have never suggested our Editor anything to listen to :-)

From the technical standpoint, the target for this project ("the best DAC in the world") could seem at least exaggerated, especially for a newcomer in audio world. On the contrary, the absolutely outstanding technical results achieved, as shown by measurements on GTE web site, seems to confirm that the target is at least not far. I think it is fair for all the other competitors, however, that I should point out that from the technical standpoint we can only take into account producer's own (claimed) measurements, which again is obviously not the optimum.

Just to be fair to the other side, from GTE we are receiving information of paper magazines refusing to review the Trinity Dac and audio fairs organizers not accepting GTE as exibitors, and this also accounts for the lack of independent measurements or reviews.

If this is the open attitude of the main operators in the audio market, no surprise that the product quality of many so called hi-end products is simply diving at ridiculously low levels, while no innovation shows up...

As a matter of fact, and independently from any achieved result, the innovation introduced by GTE is without discussion a major one in digital audio, at least in the last years.

We wanted to specially thank Dietmar Braeuer and Mr Weigel for the help and support, and particularly for giving us the opportunity to get aware of such an interesting product.