Is this as good as vinyl gets? 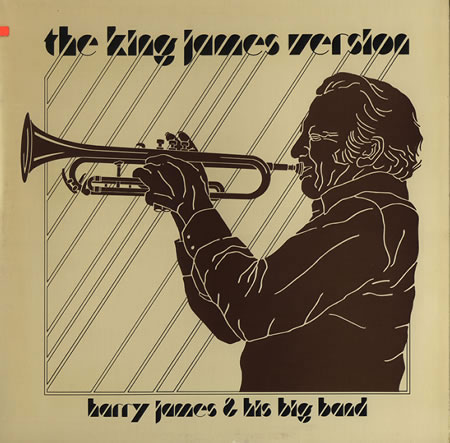 On 18 July 1877 Thomas Edison placed a sharpened needle onto a rotating cylinder covered with waxed paper, and the era of recorded sound began*. This first phonograph worked by taking the vibrations made in air from a sound source, and concentrating them down a horn to vibrate that cutting needle. Playback was simply to reverse the process. 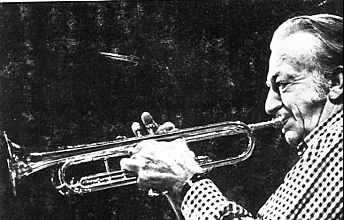 So when you hear Caruso's tenor voice, scratchy and tinny but still wonderful, you are hearing the result or his vocal chords cutting that recording - a "direct cut" if you like.

And for the first 40 years or so of recording this purely mechanical/acoustic system was the only way of preserving sound, whether cut on cylinders or disc, on wax/tin/plastic etc. For recording a single voice it worked after a fashion, but the idea of a large orchestra leaning into the horn of the recording machine does make the limitations obvious.

But with the invention of electrical microphones, motors, amplifiers and cutting heads the sound could now be gathered from a wide area, amplified, balanced, equalized and cut at much higher energy levels. A master disc so cut would act as a mould for a huge number of stamped out copies - the era of modern recording had begun, and even now the quality of some of the '78's cut in the 30's is enough to make us forget the process behind the music.

The biggest single revolution in recording came after the war when the first magnetic tape recorders became available. From this moment on it was simplicity itself to record a master-tape which could be edited, modified, added to or even wiped in a moment. From a situation when a recording was more or less a "live" event where the disc was cut from a single take, now individual instruments or sections of music could be spliced into the tape - multitrack recordings could, in theory, allow a full orchestral piece to be recorded an instrument at a time, only coming together in the final mix. In fact for almost all modern recordings - even classical pieces - the final, finished recording sold to the public was first heard in the editing suite, never as an actual performance.

Of course this allowed superb control, the crafting of a piece in the studio, the erasing of mistakes, the addition of perfection.

But... Purists still buy live recordings, recordings made at concerts complete with errors, poor recording environments, off stage noise et al, and these recordings if well done can sometimes sound much more like a real musical event than the polished studio album. And of course each extra stage in processing results in the loss of information - a copy will always be poorer than the original. Add all those extra electronics, extra cables, extra connections, all through often dubious quality components and the reduction in quality is inevitable.

But in the 1970's there were companies, and Sheffield Labs were most famous of them, that decided to turn the clock back 40 years and remove the master tape, and all the editing/recording/electronic losses involved. Instead taking the electrical signal from the microphones, to a mixing desk, and then direct to a disc-cutting lathe where the master copy was cut.

It sounds simple, but of course at the same time you throw away all the flexibility and control that modern recordings depend on, you are trying to combine the simplicity of a live performance with the quality of a studio recording, and that is very, very tricky.

The result is that most such recordings are of fairly simple music played by small ensembles. An orchestra costs a fortune to hire, and if one player makes a mistake you have to do it again - it's just not practical.

The record in question...

Then in March 1976 the Sheffield Lab team started their most ambitious project to date. Normally their recordings were done in a studio - using a 32 track console and in effect simply cutting out the master tape/editing process by taking a feed from that desk to the cutting lathe. 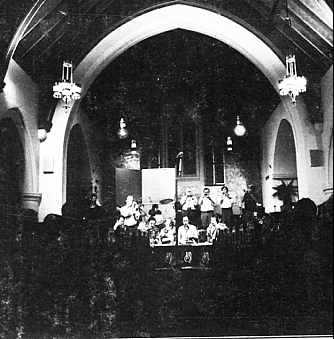 But on that day they did something remarkable. They booked, not a small acoustic group, but the Harry James Big Band. Of course prior to that they had recorded the band live on tape, discussed many aspects of the recording with Harry and generally prepared the ground, but when the band sat down to record all bets were off.

Instead of the cosy confines of the recording studio the band were arranged in the Wylie chapel just down the road. Instead of an array of microphones, each allowing for level adjustment, the whole thing was to be recorded by a single AKG C-24 mike. Levels were adjusted by moving people about, the stereo image would be that of the chapel, the acoustic that of the chapel and so on. No atmosphere mikes, no fake echo or effects. This mike fed direct to a simple portable console which in turn drove 600 feet of cable to the cutting lathe at the Sheffield Labs Mastering Lab. All this system was designed and set up for this recording. Not one transformer was in the music path.

Then the band played. People were moved about, the running order was swapped (mostly by Harry), and nine tracks laid down. According to Producer Doug Sax, it was their smoothest recording session ever. Everyone was over the moon. Harry James said it was the best recording he'd made in 36 years.

Trial pressings were made, the sound was wonderful, everyone impressed, but one instrument didn't sound quite right - Harry James' horn. So close to perfection, the staff knew that somehow they just hadn't captured those brassy peaks properly. With a conventional recording a quick retake of the horn alone would have fixed things - here that wasn't an option. Harry James was contacted and persuaded to return with the band and do it all again in July.

This time the recording went badly - people were moved about, the balance was poor. The chapel filled with an invited audience, Harry as very unhappy, and then at last everything clicked, and not only did the sound come right - so did the band. These final tracks are what was cut into that master and on my turntable right now is a slab of vinyl that was pressed from it.

Enough of the history lesson - what does it sound like?

This is a quality piece of virgin vinyl, the background noise in insignificant as you'd expect. Then the first track 'Corner Pocket' rings out. Holy shit! You know all those buzz words like ambience, attack, palpability - just forget it and listen. Here you are hearing the sound of the chapel, the acoustic is just so real - you can almost see the pews, and there, in the middle, Les DeMerle dominates with the most gorgeous sounding drumkit. It's not floating in space, the cymbals aren't a mile behind the kickdrum, the ride doesn't go "tisss". This is what a drumkit - unamplified (rare nowadays) sounds like in a chapel - What else would you expect? It's there in front of you - low on the floor, just slightly to the left and with each strike separated by a natural distance, no guerrilla with 10 foot arms here. The kick taps your chest, the ride is a big piece of beaten metal. Spread in front and to either side are the rest of the band - and then Harry plays. The dynamics are just unbelievable, you can't imagine how this level could be cut - it slices through the other instruments and you feel the bell pointed at you, but no way does it make you wince. I hear a decent, unamplified cornet every week, I know just the sort of levels it produces, that hint of tearing silk, the ringing of the bell, the "puh" and flash of harmonics as a valve opens.

But - and this is very important, what you don't get is the sort of microscopic taking apart of the music that some audiophile records seem to think will impress. You don't hear the clattering of Quin Davis' Sax because if you did it should be taken to the repair shop and rebuilt! The Alto Sax is difficult to place in space - just as it should be, it's designed to spread it's sound. The whole sounds just as it should, not a collection of instruments, or tracks edited together. 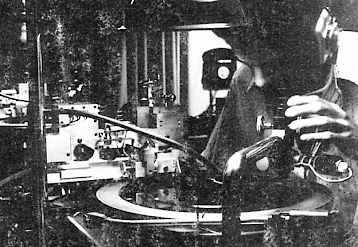 Is this great music? I'm not sure. I'm not a huge Big Band fan, and when all is said and done what you get is a supremely professional performance, not something desperately original or groundbreaking. I always go on about music being infinitely more important than the recording, but personally here I just wallow in the recording itself - the craft, the perfection. And in doing so I can appreciate the music, but in the final analysis this isn't stuff I'd listen to for any other reason.

Is this the greatest recording ever made? Dunno - of course I've hear a tiny fraction of one percent of the total so how on earth can I comment? Is it the best I've ever heard? Oh yes, and by a margin that often depresses me. If this is what vinyl, and my system is capable of then why do we put up with the dross that makes up the rest? Harry James himself said that he'd have played for free if he'd known how good it was going to be...

Is it better than digital - don't make me laugh - it's so much better than anything digital I've had here it makes you weep in frustration. Sheffield labs do still sell CD copies of this disc and of course without a mastertape they use that vinyl master as their source - how ironic.

Sheffield went on to make many more recordings including others from Harry James, and other specialists made similar recordings - perhaps in comparison this disc is just average. But I know that compared to other "audiophile" discs I have here, it's in a different league, many such discs - half-speed mastered, direct-metal mastered, 180 or 240 grm virgin vinyl etc etc don't even deserve to be stacked on the same shelf.

This disc are rare but far from unobtainable. For 20 Euro you can pick up one of these Sheffield Lab recordings, and if you do you will see exactly what vinyl - unfettered, loved, crafted is really capable of.

(*) Yea I know there are rival claimants.