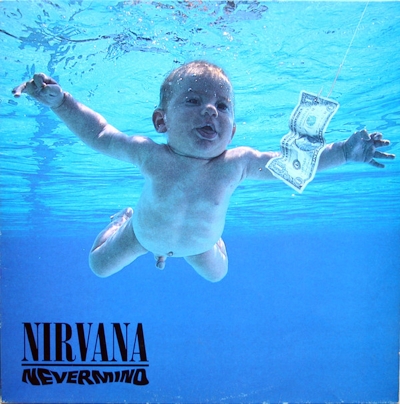 Nevermind, arguably the greatest Grunge album ever made, is 30 years old. Nirvana is in the Rock and Roll Hall of Fame and Rolling Stone named Nirvana among the 100 greatest artists of all time. Well deserved when you create the anthem of a generation. I am not a fan of Grunge music, I never was and probably never will be. Notwithstanding, I am still able to appreciate the immense creative talent that brought this recording into the world and the influence that this record had on the development of many artists that followed.

Jump forward fifteen years; I am driving to work and "Smells Like Teen Spirit" is playing on the radio. In fact, in Ottawa, we had a radio station dedicated to Grunge that played SLTS every hour all day long. Nirvana spawned a whole generation of Kurt Cobain clones and wannabees (yes, it's in the dictionary), sufficient to provision a full day of Grunge radio. Enough is enough! I had my fill many years earlier. Grunge music became a bit like the Disco of the '90s. OK, I admit the comparison is not perfect, Disco was an abomination right from the start whereas Grunge has merit as a musical form. For the rest, they both followed the same track of history; new as well as existing bands all jumped on the bandwagon.

The whole world of music was Disco for 10 years and with Grunge it was at least 15 years, which in my view means that Grunge music had a somewhat worse impact on the music industry. I respectfully submit that 15 plus years of Smells Like Teen Spirit clones is too much. Yesterday, my wife was listening to music streaming from Amazon Music HD, just background while reading. Some crooner came on singing Strangers in the Night to a Disco beat. I had to leave the room. I sincerely hope that we never have to endure a Grunge version.