Paul Horn 'Inside the Taj Mahal' 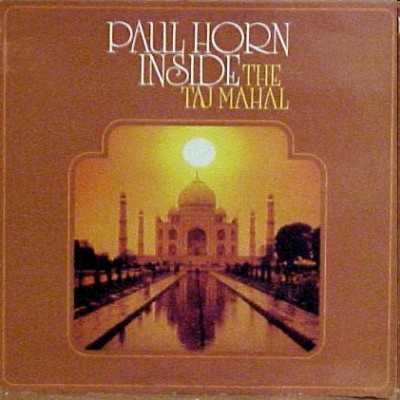 Apart from reviews, TNT likes to publish filler articles, and that presents a bit of a problem for me. Firstly, whenever I can actually think of a subject to write about, I feel obliged to update my own site, Decibel Dungeon. So that leaves music reviews, and I don't like writing those. Music is subjective, I can't tell anybody else if they will like something. That leaves me to give the reader details about the album name, the artist, the genre etc. Hardly enough stuff for a worthwhile article!

So to justify a music review, I felt that whatever I wrote about should be by way of an introduction to something new, something that most of our readers won't be familiar with. But what? Classic albums like 'Sergeant Pepper', 'Dark Side of the Moon' etc are out because just about everybody has heard of them, and probably heard them too. That left me pondering which albums I knew of that were relatively unknown, and good enough to recommend. At that stage my mind seemed to go blank so I put the idea aside and got on with something else. A few days later an answer came to me almost by accident. I was considering converting a slide-show that I had made in 1983 about trekking in Nepal so that I could store it on a DVD. The sound-track for that show included a track from an album by Paul Horn called 'Inside the Taj Mahal'. OK, it isn't the most obscure album in music history but I reckon enough people (particularly our younger readers) won't have heard of it to justify me writing a review. It's certainly not an album that you will find in most of the 'top lists' anyway although it deserves to be in all of them.

Paul Horn was born in New York City in 1930, and learned to play various musical instruments including the piano and saxophone. He began his musical career as a jazz flautist in the 1950's, working mainly as a session player. As such, he worked along side the likes of Duke Ellington, Nat King Cole, and Tony Bennett. From 1959 he started making his own albums, mainly jazz orientated, but nothing that proved massively noteworthy or popular. 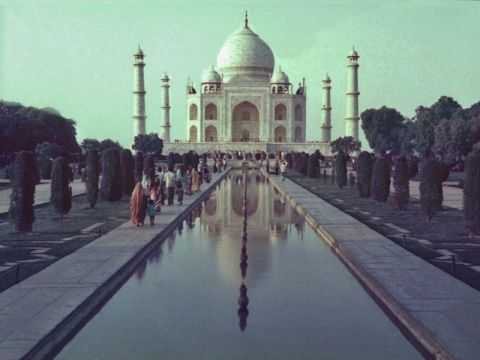 During the 60's like many others he became interested in spiritualism and meditation, and made his way to India to study under the Maharishi_Mahesh_Yogi where he also met the Beatles. Inevitably while in India, he made a visit to the Taj Mahal where he was taken as much with the acoustics inside the Great Dome, as with the beauty of the buildings outside. The story goes that he returned to the Taj Mahal late one evening when all the crowds had gone, and snuck into the dome with his flute and a tape recorder, and recorded a number of pieces of music that became probably his best-known album - 'Inside the Dome of the Taj Mahal'.

Now if you are thinking this is some sort of home-recording that's going to sound uninteresting without the benefit of studio production, you couldn't be more wrong. What saves the recoding from that fate is the acoustics inside the dome that produce a totally natural 28 second delay, resulting in overtones and harmonics that would be difficult to reproduce even in a studio today, never mind back in the 60's. Although the only instrument is the flute ( there is also chanting on some tracks, allegedly supplied by a care-taker while going about his work in the dome), the acoustics produce an amazing affect of there being more than a single instrument.

The acoustic effect on its own wouldn't have made this album a classic if the quality of the flute playing had not been up to scratch, but it was. Leaving aside his jazz, Horn concentrates on short pieces of meditative music that are at the same time uplifting and inspirational. Listening to the whole album from start to finish, it is hard to believe that it wasn't planned meticulously for many months in advance. The seamless integration of the flute and human voice give the impression that they were rehearsed rather than cobbled together almost by chance. Perhaps this album came together more by chance, even luck, than planning, but once in a while something like that happens and the result approaches perfection. But that's not to take anything away from Paul Horn who is a top-class musician, clever enough to spot the potential benefits of recording his music in venues other than a recording studio.

Many consider 'Inside the Taj Mahal' as the first of the 'New Age' albums and that's probably true but please put 'New Age', as it is considered today, right out of your mind when considering this work. Although Horn went on to make other 'Inside' albums, recorded in venues such as the Great Pyramid in Egypt and the Potala Palace in Lhasa, 'Inside the Taj Mahal' was the original, and the album that really does deserve the title of 'an all time classic'.

While being one of the most pleasant works to listen to, I can guarantee that you will never tire of playing it. I first heard 'Inside' nearly 40 years ago, and it still gives me goose-bumps today. As far as I know the term wasn't around in 1968, but "Inside" is one of the best 'chill-out' albums you will find anywhere. If you have never heard 'Inside' I strongly urge you seek out a copy. You can preview some of the tracks on Paul Horn's own site, and buy the album from there too. And don't foget to buy a kaftan, some beads, and some incense too - then turn out the lights and transport yourself back to the 1960's. Who needs a Tardis?