What is the holy grail of the hi-fi user? For me it’s the music experience, but it’s always the constructed recording reproduced in my home listening room, and rarely live performance. I also am an active music listener and don’t enjoy background sound. But like most of us, the listening room is a given and we have to make compromises.

In choosing playback equipment, what is the reference? In conversation with a local audiophile, the topic of “sonic signature” of the listening room came to the fore, and how it is usually ignored. Curious to learn more, I went to visit the purpose-built listening room of Paul Quilter of PQ Imports in my hometown of Hamilton (here in New Zealand). For lifelong music passionate Paul, the reference is real players in real rooms. The aim in comparing and selecting equipment is to engage with music - as the composer and players intended it to be heard. During my visit, Paul played, as an example, Bryan Ferry's meticulous assembly of players and songs and arrangements for the Olympia album. Ferry went to great lengths on that album to ensure careful selection and construction of songs, band, and arrangements so that he gets the music across and it is also playable live (see the recent documentary film "The Making of Olympia").

Paul's 45 years of experience in using and selling home hi-fi audio equipment began as with most of us with the youthful exuberant search for music, then later focusing on sound quality and thus the choice of equipment. More recently, he has found himself returning to the music and the resulting musical experience. So in recent years he planned and built a dedicated listening room after considering the special requirements for achieving that sought-after engagement with the musicians’ art. 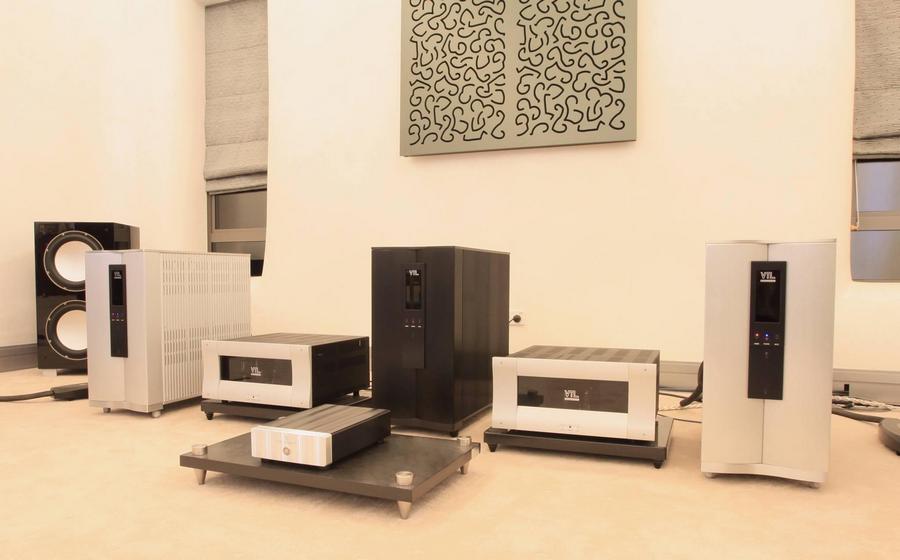 Before explaining Paul’s current system and listening environment, some background will help to understand his journey to his current set-up. He trained as a telecommunications technician and worked in what was then The Post Office (then Telecom, now Spark) from 1970-1976. He was then Manager of an electrical store from 1976-1978, before opening his own hi-fi and musical instrument store called The Listening Post in 1978. Paul and Joy founded The Listening Post, first with second-hand records and mainly used hi-fi gear, and growing the business to sell high-end equipment. The business expanded to four retail stores, and later sold (in 2003-2004) so they could focus on the import company, PQ Imports, which had been started in 1986 to import specialist audio brands that were not then available in New Zealand.

Some years ago, an invitation to a wedding at a house made from straw bales resulted in he and his wife deciding to build a new house, and to use straw bale construction. Why? Because Paul had loved the acoustics of the house, which despite having tiled floors and being filled with dozens of chatty people never sounded "busy" or noisy. So began a seven year process of designing and constructing a purpose-built house to accommodate themselves and the business, and the music system.

The dual-purpose building is over 1500 sq metres, with a separate Home Theatre room as well as the Music Room. Top of the list of "wants" was a large listening room purely for Paul’s music system. There would be no TV sets, projectors or other compromises, it would be purely for hearing music! It had to have extended low frequency response. A visit to Cambridge Cathedral in the UK had shown Paul how deep a big pipe organ descends into the low frequencies. The sheer effortlessness of the bass and the way it energised/pressurised the air in the building was impressive. That, he realised, was what he wanted! 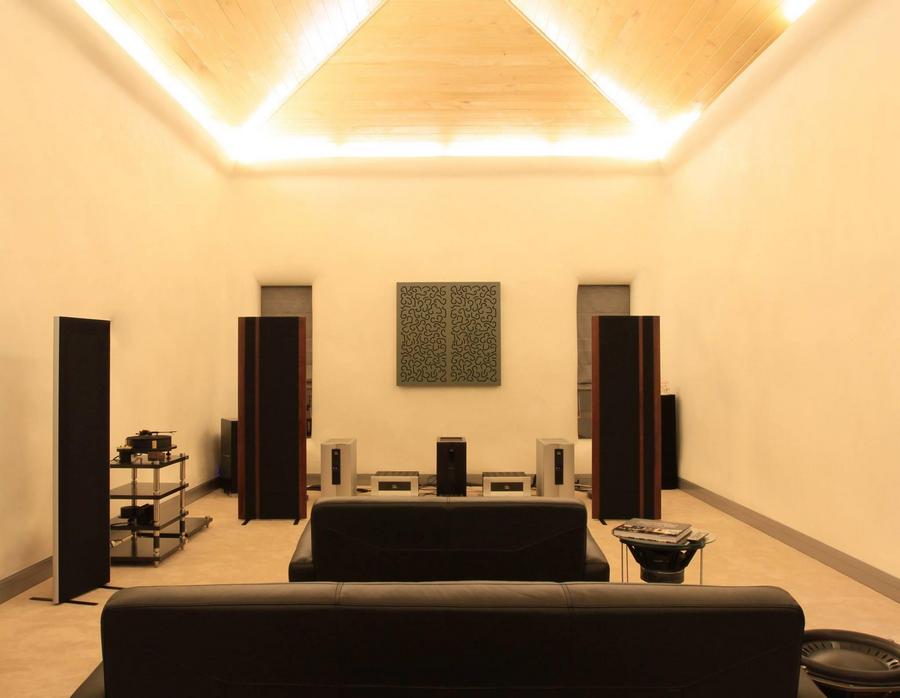 The room had to have minimal damping as he felt that too much damping added "in room" killed the energy and "life" in music. Paul started with the premise that an even balance of soft and hard materials coupled with plenty of mass would work best. He ran some calculations of the relative surface areas required to maintain an even balance of reflectivity and absorption. Paul didn’t want any surfaces to act as "skins" like plasterboard walls over timber framing so often do. Similarly no concrete walls would be present, the only concrete would be in the floor - covered with soft underlay and carpet.

The dimensions were chosen to conform to the "Golden Ratios" of length to width to height. The length is 10.4 m with a width of 5.5 m and a height at the apex of 6.0 m. The walls are 4.1 m high. Recesses in the wall for equipment and especially a turntable were made at theoretical null points to minimise the effects of acoustic breakthrough. The only treatments required after the room was completed were some bass traps to kill some small peaks at 36 Hz, 70 Hz, 102 Hz and 112 Hz. These are homemade quarter wave cylindrical bass traps placed in the four corners. The end result is an essentially flat in-room response for all speakers between 10 Hz and 10 kHz, with a gentle slope down to above 20 kHz.

The room was built with straw bales which, at 350 mm thick, give good sound isolation from adjacent rooms. Natural lime plaster were applied to both sides of the bales with extra thickness at the rear of the room. Extra thick walls (double bales) would be placed around the equipment location. There is a total of 6.5 tonnes of plaster in this room alone! To ensure that standing waves were kept to a minimum the walls were kept "wavy" – the undulating surfaces of the bales being followed by the plasterers rather than "filling in the hollows" to give a perfectly flat wall. The cathedral ceiling was made of a three-layer sandwich with a heavy flooring grade plywood on top of the rafters, then a double layer of wool damping material between the rafters, finished with a softwood sarking of Poplar. This very soft wood was not varnished at all, it was just sealed with a light coat of penetrating sealer and then finished with an oil. This ensured that bright sounding varnishes and highly reflective surface finishes were avoided. This is a reason why the walls are not painted, they are just natural lime plaster. The concrete floor is covered with a thick rubber underlay and a reasonably thick carpet.

Cabinetry is hardwood, and the plinth that the turntable sits in has over 1 tonne of sand filling, thereby giving a very dead platform for the vinyl spinner to sit upon. Paul’s room design allowed space for 500 CDs in drawers and 1500 LPs, and he has already filled up both spaces, and has had to get extra racks for CDs, and also to sell some discs to make way for new musical journeys.

Paul tells me that he is extremely happy with the room, it does everything that he wanted and more. His next big challenge will be when he retires and has to downsize. How can he go back to a small room? For Paul, time will tell. 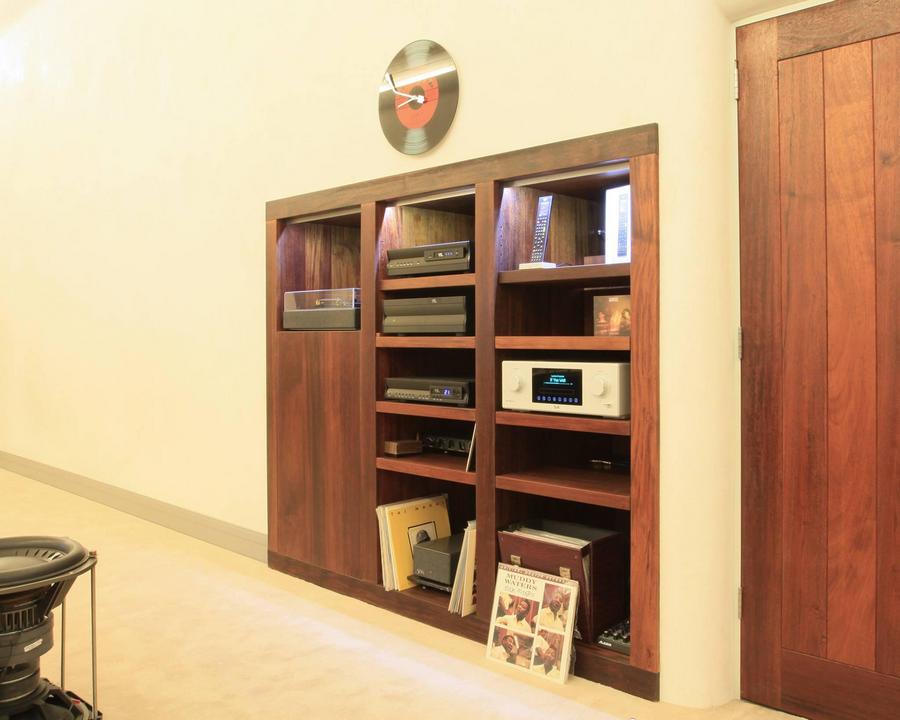 Over the past 45 years Paul has regularly updated his system in his ongoing search and passion for high quality music reproduction in the home. Even on their eight day honeymoon in 1973, Paul spent five of the days in hi-Fi stores and came home with a Sony TA88 amp (now on display in the hallway), a Pioneer PL12D turntable with Shure cartridge, and Sony SS610 speakers. Almost getting divorced on their honeymoon was not part of the plan, but at least Paul’s wife had an early indication of what the future would bring, and now 42 years later she is still the most accommodating of wives, barely raising an eyebrow when he recently bought over 500 used CDs in a single week!

Back in the early 1990s, Paul had a house with large lounge that was ideally suited for very large speakers, and his system at that time comprised a Sota Cosmos turntable with ET2 air-bearing tonearm and custom made Garrott moving coil cartridge, feeding a VTL Ultimate preamp, VTL MB250 valve monoblocks for mids & tops, with Plinius SA250 amps to drive the woofers. The speakers were bi-amped, servo-controlled Infinity IRS Betas. CD replay was handled by a four box Wadia 9 series system (270se Transport, 931 Controller and twin 922 DACs – with all-glass fibre connections).

Upon moving to a very much smaller house he had to "downsize" and place the large speakers and turntable (along with almost 2000 LPs) into storage. CDs became his sole music source. Many speakers were tried and finally Magico V3s became the new reference. They worked quite well in the smaller room, but did get window glass and cabinetry rattling with their prodigious bass at higher volumes. In the process of trying out speakers to suit the smaller room (and yet still be of high enough quality that he would want to listen to music), Paul found that Magneplanar MG3.6Rs worked very nicely when paired with 2 x REL Storm subwoofers. The room became filled with gear at one end, but the sense of musical space and reality was pretty good for such a small room.

Now to today’s set-up. Over the years the turntable stayed the same, but the VTL gear morphed into a TP 6.5 phono stage with silver wired MC transformers installed, connected via Transparent XL interconnects to the VTL TL7.5 (2 box) preamp feeding a pair of VTL Siegfried monoblocks via 15 m long Transparent XL balanced cables. The VTL amps are connected to a pair of Magneplanar MG 3.7i speakers with Transparent XL speaker cables (thankfully just 3 m long). Added bass weight is provided by twin REL G1 subwoofers which are corner loaded in the front corners of the room. These are run direct from the VTL power amps via high level speaker connections. Interestingly the Maggie 3.7I speakers work down cleanly and evenly to 34 Hz, so the REL G1s are crossed over at 33 Hz. Their addition was as much about the space that they recreate rather than the bass – this phenomenon is quite demonstrable. Indeed, I heard it clearly when we listened to Bryan Ferry’s album and I recalled listening to the band in the studio on the DVD of the documentary.

The Wadia 4 box CD player was replaced in 2013 by a German T+A MP3000HV – a single box CD spinner / streamer / DAC / tuner which performs as well as the Wadia on discs, but gives the convenience of internet radio and streaming of music from our NAS. The NAS is a Synology DS214SE. The network is wired with CAT6 cable and uses high-speed Cisco switches and dual band wireless access points. All files are ripped as FLAC. 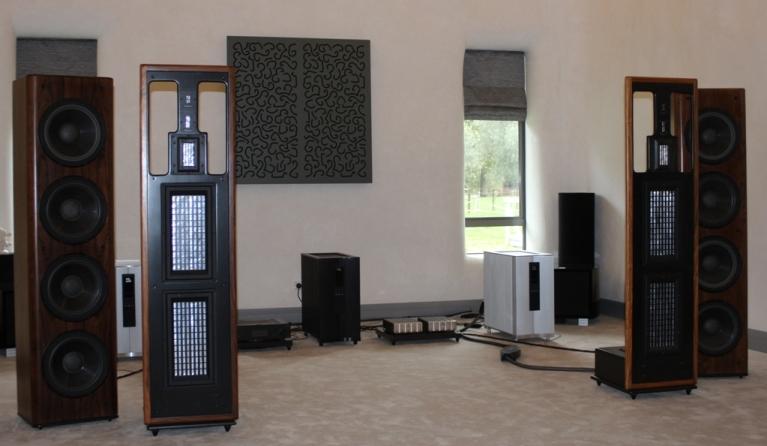 So that is the system. In the photos you may see an Infinity IRS servo control unit. Yes, Paul still has the IRS speaker system and sometimes it gets installed back in the room. It still sounds superb (some 26 years after it was made) and is his favourite speaker system for hard driving rock music at high levels. For the rest of the time Paul enjoys the Maggies for their effortless ease and grace which allows listening into the soundstage and hearing the space around the instruments. They drive the room in a way that is very involving and draws attention to what the musicians are doing rather than to the gear.

Recently Paul has also tried GoldenEar Triton 1s on the system, and they are the closest that he has found so far to the Infinity IRS in terms of speed, weight and scale of bass response. Otherwise, he feels settled with his system, and has no discomfort driving him to search for an alternative.

Photos courtesy of Paul. PQ Imports are located in Hamilton, New Zealand, serving a network of retailers in New Zealand and Australia.