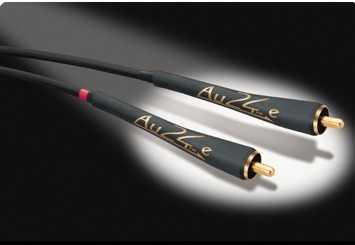 I'll start by being totally honest. I don't really like doing cable reviews! It's such a controversial subject, and there often isn't a lot to say about a cable anyway. As such, I've mostly avoided cables during my spell as a TNT reviewer but I was persuaded by somebody whose opinion I trust to try the Audience cables. I was meant to be reviewing the Conductor interconnects, and the au24e speaker cables, but the AU24e's were sent by mistake so they are included in this review. The 'e' version is said to be enhanced such that another one of the famous veils is removed. 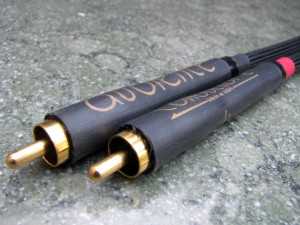 In appearance, both the speaker cables and (both pairs of) interconnects are rather unassuming as higher priced hi-fi cables go. Both are thin (and very flexible) cables, clad in a plain black braided sleeving. The RCA's used on the interconnects are nothing special to look at. I prefer locking RCA's to the non-locking types used on the Audience IC's but their designer told me that he prefers to keep the plug mass as low as possible because it sounds better. He's not the only person (or cable manufacturer) to have expressed that view either. As a rule the locking variety are heavier due to the extra material used in their construction. If low mass RCA plugs do sound better then it is down to the electrical magnetic factor, rather than sheer physical mass. So can't somebody come up with locking plugs made from a non-metallic material? If that sounds a little demanding, forgive me, but if I was paying these sort of prices for cables, I would expect that sort of service. The speaker cables come with split banana plugs.

I tried the au24e IC's first. My initial impression was of being a bit underwhelmed by them. I deliberately had not looked at the price before listening to them, but assumed that they weren't cheap so had subconsciously expected something to stand out that I would have noticed when I changed from my usual ICs. But the underwhelming effect soon went as I listened more critically. The reason that they don't stand out is that they do absolutely nothing more to one aspect of the sound than to all the others; and nothing to one part of the frequency range more than another part. In other words, they are exceptionally even-handed. They manage to produce an increased amount of detail, without making the music too bright. They produce the 'right amount' of bass without becoming boomy. The music appears to be much more layered, rich in tone without being 'sweet'. Clarity is spot on, that is clear without being over analytical.

The Conductor IC's are slightly less clear to my ears, they just don't resolve as much as the au24e's. You would have to hear them both one after the other to really notice it, but the au24e's clearly edge ahead in that department. The Conductors also sound very slightly 'darker' to me. I prefer the au24e's, but perhaps that's not surprising given the huge difference in price. 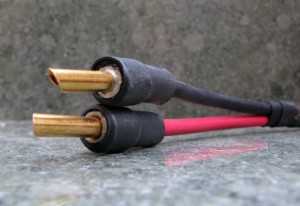 When I added the AU24e speaker cables to the system, I was not surprised to get much the same initial impressions that I had with the au24e IC's. Right off they don't 'say' anything really. Instead it's after some prolonged listening when you will start to notice what they can really do. The speaker cables do much the same as the interconnects. The bass is well defined, the top end clear and detailed but never too bright. The mid range again offers that very textured sound that makes you realise just what some cables are missing. Refined is another word that I jotted down. And did I mention that both the IC's and speaker cables are very musical. In fact if I was summing these cables up in a sentence I would say that they are very musical instead of sounding 'hi-fi'!

I'm never sure just how much cables burn in, and how much we get used to listening to them. Audience claim around 50 hours burning in period, and this isn't much. Obviously I waited until the cables had that many hours on them before making notes for this review. The bass with the speaker cables did appear to get a bit fuller after the burn period. The IC's didn't seem to change that much, if at all.

One thing that I did notice is that these interconnects and speaker cables work as a team. By that I mean that I noticed quite a difference if I replaced either of them for other cables. Audience state that they recommend using the au24e cables throughout the system. I know they have a vested interest in saying that as any manufacturer does, but I think they have a point when it comes to the AU24 "e" cables.

I've always been a bit of a cable skeptic. I accept that cables make a difference, but have always considered it a small difference and found it hard to justify paying large amounts of money for something that I could knock up at home. It's fair to say that my encounter with the Audience cables has gone a long way to changing my mind. I'm not going to say that all expensive cables are worth their asking price, but given the competition, the cost of development, manufacture, marketing, and other overheads, I am prepared to say that the Audience cables do justify their price as an item of hi-fi that will refine a (good) system that little bit further. I would normally add a caveat at this stage about the review item working in my system, in my room, and with my ears. But the these Audience cables are so even-handed that I would expect them to work just as well in any system. Well any system that was already sounding OK. I wouldn't want to use cables to tune a system anyway. Certainly I would advise people looking for a decent set of cables to audition the Audience range for themselves. Don't expect any fireworks though, just listen! They are rather like that friend you met who initially didn't impress you but who you have grown to love over the years, and wouldn't want to be parted from now.

OK, one final issue that I thought fair to put slightly apart from the main review. I've got an intermittent problem in my home with what appears almost certainly to be some kind of (radiated) RFI. When it occurs, I can't use unshielded IC's or the sound goes quite thin and nasty. It did with the Audience IC's, and when it did I had to switch back to shielded cables, much to my annoyance as they don't sound anywhere near as good. In fact, I haven't yet found a shielded cable that is as good as an unshielded one although the search goes on. So the caveat is, only invest in the Audience cables if you are sure that you don't have an issue with RFI. Unfortunately, it is an increasing problem, particularly here in the over-crowded UK. I hope to try and locate the source of my problem but that would be the subject of another article.