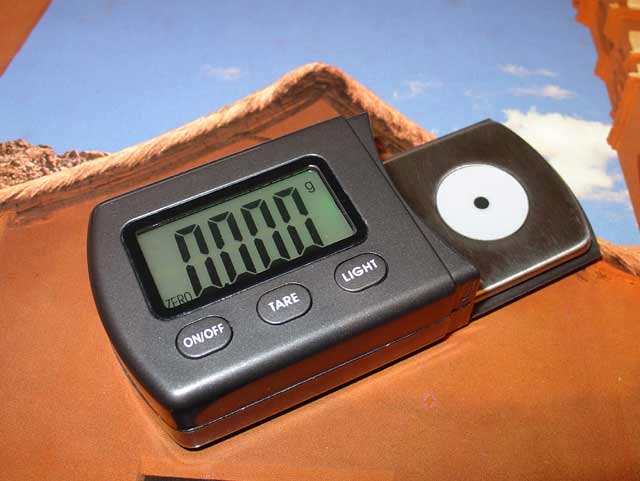 When I set a cartridge's stylus force I want that procedure to be accurate, repeatable, safe, and above all, easy on my back and my eyes. Many tonearms come with in-built force dials and while these are perfectly acceptable for setting up budget cartridges, they are not to be relied on when dealing with, say, a 2000 Euro moving coil. The next step in tools are the mechanical balances, like the little Ortofon or the Shure SFG-2. I have one of the latter, but much to my regret I have to report that I think it almost useless, and certainly not trustworthy enough to come anywhere near my Allaerts and assorted shaking limbs. 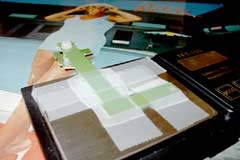 Enter then the digital stylus force balance, a sub-species that saw life a decade ago (possibly when it became clear that the other sub-species, that of the wealthy analogue enthusiast, wouldn't become extinct yet) in the shape of one or two exceedingly expensive items. In the meanwhile those (audiophiles) of another sort resorted to small electronic jeweller's scales. That's what I did, a couple of years ago, only to find that the measurement platform was much higher than an LP (influencing the measurement itself, see further) and that while that platform itself was non-magnetic, there was a tiny steel screw somewhere under it, doing interesting things in unison with an MC's magnet. I had to make an outrigger platform, out of pieces of scrap printed circuit board (always the EE). The result worked reasonably well, but was quite unwieldy and looked as much as a precision micro-instrument as a jackhammer.

So you can imagine my happyness upon finding electronic scales more suited for needleweighting, and at a much more reasonable price. Examed here is the CanRong CR-B5, a Chinese OEM product that is sold under many brand names, including CanRong itself and even the likes of Roksan. 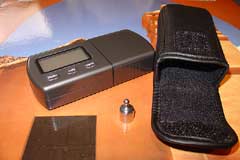 The CR-B5 is a small and handy tool that comes with a pouch as well as a 5g calibration weight, batteries, and even a set of spare batteries (such a nice touch!). Its operation is straightforward: switch it on, put it on the platter, wait until the balance stabilises (on a very shaky platform such as a suspended turntable the display might indicate 'UNST'able initially), and then let down the stylus on the dot central to the measurement pad. Wait until the reading settles (indicated by a small circle coming up in the display) and that's it. The CRB5 can take a mass up to 5g (don't overload it, lest the internal strain gauges are damaged), and features two in-built recalibration procedures should that need ever arise. 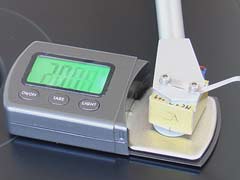 The readout is at a resolution of one milligram (!), and the stated accuracy is +/-0.002g. Lacking any reference weights I cannot possibly confirm that, but what I can say is that the CanRong's precision (i.e. deviation over time, over successive measurements of the same mass) is much worse than that: using the supplied 5g weight I got a (3-sigma) variation of 6 milligrams over six measurements. Not bad, but using a more typical (at least for VTFs) non-calibrated 2g weight the variation increased to 20 milligrams, i.e. five times the stated accuracy. If I were you I would ignore the third decimal on the display, and trust the second one up to 0.05g, or certainly no better than 0.02g! Which is still fine enough, unless you really want to go anal (hey, I just read a 'professional' review in where the author claims to hear massive sonic differences between loading a Lyra MC cartridge with 100pF, 200pF, and 300pF capacitances!). 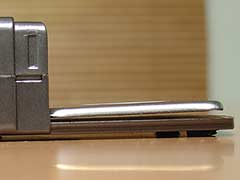 The CanRong's measurement plate sits at a height of about 5 mm, which is still a lot thicker than the average LP at less than 2 mm. Moreover, the review sample had a slightly tilted platform (see picture), making it a bit hard to clear its edge with the MC1b cartridge mounted in the SME IV: even with a handy tool like this one should ever remain vigilant and careful!

The excess platform height (relative to a real LP) causes the weight measurement to over-read somewhat, as the arm's center of gravity moves relative to the bearing fulcrum. The amount of over-reading depends heavily on the arm's distribution of masses. For a generic arm with all of the mass on a horizontal line through the fulcrum this error is virtually zero, but for a typical uni-pivot with a very low-slung counterweight the CanRong would over-read by as much as 0.2g, so be warned. But even with these minor gripes the CanRong CR-B5 is a useful tool at a realistic price.