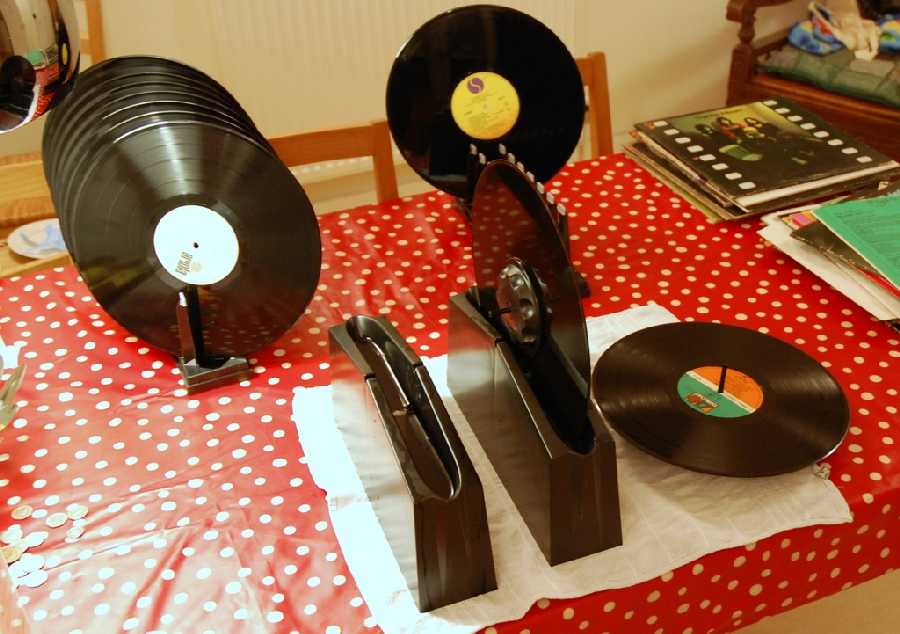 The world might increasingly be going digital, but I still love vinyl. It might just be nostalgia, but I keep enjoying the good old 'black gold'. There's just something about the sound that keeps me listening. Nothing wrong with a good CD player, by the way, but CD still hasn't really completely beaten vinyl. One remaining problem with playing vinyl, though, is how to keep your records clean. You can have the best record player in the world, but if your records are dirty they will still not sound very good. Problem is, a good record cleaning machine seems to cost a fortune. Vinyl is becoming an expensive hobby anyway, with cartridges costing hundreds of pounds and still being considered 'budget class' and phono stages costing anything up to the price of a small car. It didn't use to be that way, if I remember correctly, and in the old days you could buy a pretty good turntable for less than a thousand pounds and phono stages simply lived inside your amp. If only it was still like that. Well, in some respects it is, as some products from the pre-digital age are still around. I recently discovered that the famous Disco Antistat record cleaner is still being produced, and can be had for less money than some of those fancy 200 gram audiophile pressings! I used to have a Disco Antistat machine about 20 years ago, and I have fond memories of it. It really worked, and most of my records still proudly wear the little red sticker that I put on the cover to indicate that it had been cleaned. After cleaning, my records sounded better, 'cleaner' I would almost say, and were indeed completely antistatic. Great stuff!

The Disco Antistat machine is a very simple and effective way of cleaning your records. It has been in production, basically unchanged, for over 30 years! It works by actually submerging the record in a solution and then rotating it through a set of brushes to get the muck off. You fill the bath with the provided solution, such that the brushes are just submerged. Then you clamp the record in the little wheel, which covers the label. The wheel has an axle on either side, which fit into semicircular openings at the top of the bath. The record is then inserted in the solution, in between the brushes. Just rotate it several times in one direction, and then again in the other direction and the record should be clean. It can now be taken out of the bath, the wheel can be removed again and the record should be put in the provided rack to dry. The rack will hold 8 records, and they will take about an hour to dry completely.

All excellent, but no matter how affordable and effective it is, Disco Antistat also has its drawbacks. For a start it is a bit labour intensive, and involves messing around with liquids. You can also only clean 8 records in a single session. But the most serious problem for me always was that it left a residue that produced blobs of goo and dust on the stylus the first few times the record was played after cleaning. Other people also claim that Antistat isn't as effective as a proper record cleaner because the solution isn't removed from the disc, but is left on and then drains and evaporates until the record is dry. Not removing all liquid means that some dust will remain on the record, and this will now be embedded in the residue that is left on the disc. Other record cleaners use a suction mechanism to remove all liquid, and with that all dirt, from the disk. This is also basically what Geoff has found in an earlier review of Disco Antistat on TNT.

Then I read something on a forum on the web that I found interesting. Someone claimed that using two sets of Disco Antistat, one with the solution it is meant to be used with and one with de-ionised water for rinsing, would solve these problems. I was intrigued and decided to try this out. I found two Disco Antistat machines on Amazon for less than £60 together, including postage. Who says bargains doesn't exist anymore in hifi! A big 5 litre bottle of de-ionised water was easy to find in my local iron monger and I was ready to give it a try.

It took me a little while to find the best way to do it, but once I was going it turned out to work very well indeed. You simply put the wheel on the record and then first put it in the bath with the real Antistat, rotate it a few times, and then let it drain a bit and put it in the water bath. Rotate it in the second bath for a few times too, and you're finished. The record can now be put in the draining rack as normal. The Disco Antistat solution can be filtered and re-used, but the de-ionised water should be disposed of after a single session, obviously, as the whole point of this rinsing is to use clean water so that the record will dry up without any dirt or residue. The whole process takes a little longer per record, but as you now have two draining stands this means that you can do 16 records in one session. This normally takes me about 50 minutes, so it isn't too bad, actually. And the records come out clean, very clean. I started with some dirty record, some that had been treated with Disco Antistat a long time ago, and some that were clean but never treated. In all cases the results were excellent. I especially included my copy of 'Parade' by Prince as this is one of the best pressings I own and has always sounded perfect and very quiet. It was never treated in any way before, just dusted with a carbon brush and played. After the double-bath treatment it still sounded perfect, perhaps even better than before. So, clearly this method isn't affecting the sound in any negative way. Actually, every single disc I have treated, well over a hundred at the time of writing, has come out sounding better than it did before.

There was just one thing that I was a bit apprehensive about. It was static electricity. As it suggests in the name of 'Disco Antistat' one of the claims is that it prevents static charge, a well known problem with vinyl. And I did have a few discs that were extremely static. None of the ones that had already been treated with Antistat years ago, of course, as it indeed very effectively prevents this problem. But some untreated discs were so statically charged that they took my Linn felt mat off the turntable every single time I tried to lift them off. I did fear that washing off all the Antistat solution before drying the records would leave them very prone to static electricity. Strangely, this was not the case at all. Even the most static records came out completely anti static, and never ever seem to attract dust or stick to my felt mat anymore, even after several plays. They are all extremely easy to clean with the carbon brush and sound very, very quiet indeed. And all of this without any residue or blobs on the stylus. A complete success!

It is very good value too, as I can do about 200 discs, just using the two bottles that came with my two machines. That means 30p per record, even if I never use it anymore after that. Replacement bottles of fluid seem to cost almost as much as I paid for one whole machine, but luckily there are plenty of recipes on the web, even here on TNT. As the liquid will now be rinsed after cleaning, you could even experiment with stronger solutions. This two-bath method could also be safer for your valuable records, as some people fear that cleaning vinyl with alcohol could actually do some damage. By immediately rinsing off the original solution the contact time with this alcohol based liquid is significantly reduced, which should limit any possible risk.

The two-bath Disco Antistat method is a total success, as far as I'm concerned. I've already treated more than a hundred records with it, and the rest of my collection will most certainly follow. I don't know how this system compares with real record cleaning machines, but I cannot really imagine any system doing a much better job than this. It is very, very affordable, easy to use, safe and very effective. Records come out completely clean and without attracting any static electricity. If you take playing vinyl serious you really need a good record cleaning machine, and this method must be the best value on the market. Highly recommended.