I am sitting in my listening chair on a rainy Sunday afternoon with fifties jazz recordings playing while I punch away on my laptop. A great job if you can get it. An accomplished designer once told me that the advantage of vacuum tubes is that they are much more linear than solid state devices therefore one can design an amplifier circuit with less feedback, or even no feedback, and the 300B is the most linear power tube suitable for audio applications ever created. This report is supposed to be a review of my new Genalex PX300B tubes but I can't get to that without first talking a bit about my history with this famous tube.

A few years ago I had an opportunity to buy a pair of Canary CA330 monoblock amps. They sounded so much better than the amp that I was using at the time that I couldn’t resist and bought the amps. The traditional opinion that 300B amps had a beautiful mid range but lacked frequency range and detail has gradually given way to an understanding that an amplifier can be designed to eliminate these issues while maintaining the qualities of this amazing tube. At the time of purchase, the Canary amps had a set of Gold Aero tubes in them. I soon discovered that there can be a significant difference in the sound of different 300B tubes. Some can be extremely fast, articulate and detailed to the point of sounding like solid state amps, some have a fat, juicy mid-range and lacking detail and others can be anything in between. I soon upgraded to the TJ Full Music 300B which I found to be significantly better than the Gold Aeros. I would describe them as reasonably fast and detailed with an excellent frequency range and some of the notorious 300B mid-range magic that makes singers voices sound so natural.

Then the problems started, the Canary amps do not have an auto bias circuit so one has to set the bias with a millivoltmeter and a mini screwdriver. Not a big deal except that the tubes/amps wouldn’t hold their bias. I had to readjust it way too often to be considered reasonable. Of course Canary insisted that the problem must be the tubes and not the amps. Well the problem finally resolved itself recently when one of the TJ's failed and I had to put back the Aero Golds. They were much more stable so I guess Canary was right. So why didn’t I try the AG tubes sooner to check the bias stability? I guess its a combination of being lazy and they don’t sound very good.

I really wanted to get something to replace the AG tubes and I finally decided to go with the Genalex PX300B mostly based on the glowing comments that I got from Victor Kung (VK Music) when I was at the Toronto Audio Show. Victor insisted that this was pretty much the best 300B available in its price range and in fact better than some tubes that are significantly more expensive. I should add that VK Music does sell other 300B tubes so it's not like he is pushing a brand because it's the one he sells.

Now, I can't help but spend some time talking about my discoveries/adventures while shopping for 300B tubes. I should clarify that I started this 300B search with very little knowledge about what was available, other than a few model names. Here are some of the characteristics of the 300B marketplace as I found it: (YMMV)

What to buy? Who can one trust? In the end I decided that I just had to trust someone so I chose to trust Victor Kung and ordered the Genalex PX300B.

First a bit about the tube. The Genalex is the heaviest of the three tubes I have on hand. It appears to be mostly due to a thicker glass. It has a shouldered bottle whereas the Aero Gold and the TJ are balloon shaped. When powered up a bit of blue halo appears at the shoulder which I have read is normal and nothing to worry about. The internal components are at least as robust as the TJ and more than the Aero. It has a porcelain base and gold plated pins. Both the Aero and the TJ have perforated plates whereas the Genalex has a solid plate. The perforated plates are often called mesh plates however that is in fact something completely different as they are made from a wire mesh and not a perforated plate. The open area in a mesh plate is much greater than in a perforated plate tube. Some writers have attributed specific sound charateristics to mesh/perforated plate 300B tubes however I have far too little experience with tube swapping to comment on this.

So what about the Genalex PX300B? Let's cut to the chase, I am extremely happy with the results. The installation of the Genalex tubes in my system realized some significant and wide ranging improvements. First of all, the wandering bias problem is gone, the bias is dead solid. It hasn’t varied by more than 2% since I set them up. Secondly, I had been plagued with some slight loss of smoothness on loud high notes, especially voices. I had been attributing this problem alternatingly to my preamp or to phono cartridge tracking issues. That’s gone. Also, the very top end of the frequency spectrum has become more natural and the bit of ringing on high piano or vibraphone notes is gone. Milt Jackson is sounding much better.

OK, but what do they sound like? The Genalex tubes are better than the TJ's that they replaced in almost every way possible. The kind of change that makes you want to rediscover your whole record collection. The only exception to the overall performance improvements being the liquid /natural renowned 300B mid-range where the TJ was a bit better. The Genalex excels in speed, timing, accuracy and detail and when these attributes are delivered well this generally bodes well for the sound stage. The performance of the PX300B tubes contributes to making the speakers disappear more as the sound stage deepens and becomes more in focus. The music also has more airiness, punch and presence. The only 300B that I have ever heard that bettered the Genalex with respect to the level of detail it delivers is the very expensive KR tubes. But I found the KR to be not nearly as pleasant an overall listening experience as the Genalex as it is way too analytical for my taste and made my Canary amps sound more like a solid state amp. I should add that I have not tried some of the newer entries into the market from Psvane or Sophia. By the way, the Sophia Royal Princess and the TJ Full Music look identical and I read and article recently from what I believe is a reputable source that quotes Sophia Electric stating that they are made in the same factory but to more stringent performance criteria.

One of the first records up on the table was Neil Young, Harvest. I immediately noted the detail, naturalness and airiness and as the listening progressed I acquired a new appreciation for the excellent production quality of this record. Playing the Rickie Lee Jones eponymous album I discovered little bits of music in the background that I don't recall ever hearing before. These are the kind of things that really lift my spirit and get me binge listening to old favorites and new acquisitions alike.

The most appropriate conclusion I can offer is that I was seriously considering replacing my Canary amps with a pair of new 300B SET monoblocks but that plan has been put on hold at least for a while as these tubes are here to stay.

For the record, I received a reviewer's discount for these tubes. My fundamental motivation for the pursuit of great audio products is for the music. I am solely interested in the best listening experience. I am not a collector, or motivated by high tech gadgets or beautiful components or bragging about how expensive my system is. I just want good music. If the Genalex tubes didn't improve my listening experience they wouldn't stay in my system regardless of the discounts. 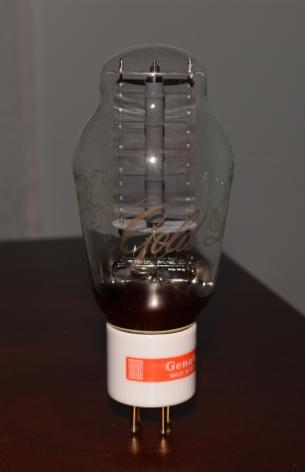 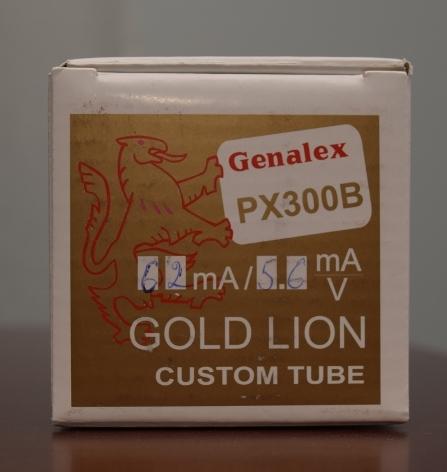