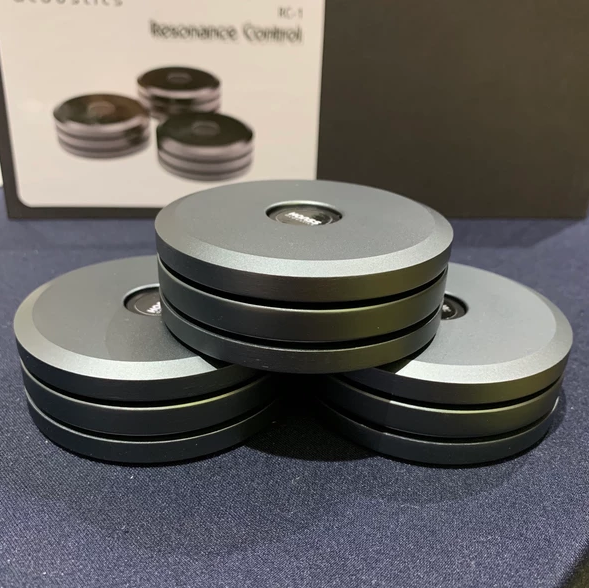 Finding the balls to come clean!

Hanss Acoustics, led by Charles Han, designs and manufactures turntables, tonearms, phonostages, record cleaners, racks, and record playing accessories, and is currently distributing products in 25 countries. I found the company's statement of intent on the web: “Our goal is simple, portray music as accurate to the original production without interfering, degrading or modifying what the composer or artist intended.”

The subject of this review is their vibration decoupling product, the RC-1 feet, designed to control resonance. These component footers are claimed to improve and cancel mechanical and electrical resonances, thereby improving sounds in the mid-high ranges and enabling better dynamics.

They arrived in a very neat substantial box. Each is a hard-coated three-tier stack of 77mm diameter Aluminium plates, enclosing and riding on two sets of three 7.982mm Aerospace-grade Silicon Nitride Ceramic balls [harder than metal, and with superior shock resistance to other ceramics]. Each footer weighs 290g. The height is not adjustable. 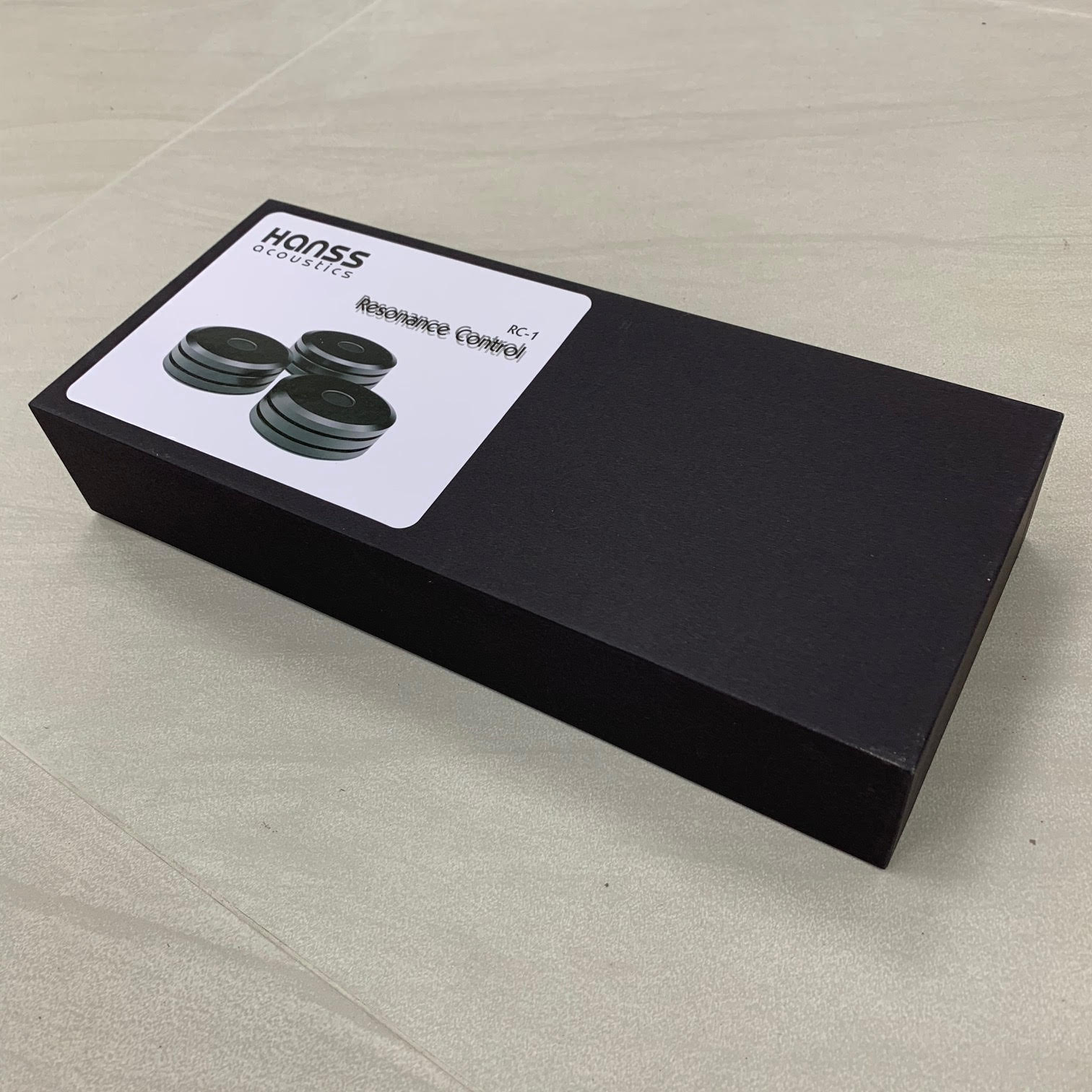 A tripod is the most stable support configuration, so the second and third layer plates are ‘rolling’ on ball tripods. This rollerball arrangement couples the plates and dissipates vibration energy like a cone isolator, but with the superior low-frequency isolation of the rolling ball-bearing function. Rollerballs ‘float’ a component as a simple mechanical low-pass filter to achieve seismic isolation in the horizontal and rotational axes.

The purpose of a ball-bearing isolation device is to dissipate mechanical/motional energy (vibration) which would otherwise be transferred into and out of the supported component. Most vibratory energy is cyclic, starting at a zero point and going through a positive and negative phase before returning to the rest position. The balls roll in response to this displacement and convert the energy to heat. Unlike deformation isolators (such as Silicon, Rubber, and Sorbothane), ball bearing isolation devices have no transmission path change as the ball rolls, so the drainage pathway resistance is constant.

In addition, the superior hardness and density of the Ceramic balls affordably make them highly efficient conductors of the energy between a component loaded on the foot and the ball's receptacle (race), to achieve an effective transmission pathway to the mechanical energy sink.

Charles Han sent the trio of feet for audition, telling me that they are not suspension feet, but rather rollerball bearings that cancel resonances of amplifiers, CD players, phonostages, and turntables. Untreated, resonance energy is trapped inside components, preventing full performance.

“Imagine”, he told me, “how water runs in a stream where it is easier to flow. We believe that resonances have the same behaviour. The design of the RC-1 which has three very hard precision spherical balls on each plate works as a stream of least resistance whereupon it eliminates the resonances from the equipment. By eliminating or cancelling the resonances, transformers, PCBs, capacitors, and resistors are capable of using their full energy to transfer signals and power.”

I tried them in support of my turntable (Design Build Listen's The Wand 14-4) and my CD player (a Black Ice Audio Fusion DAC-Transport), as I expected them to best benefit from the reduction or elimination of small vibrations, both internally generated by moving parts, and picked up through floor-borne vibration from my loudspeakers and movement of furniture by airwaves. Each ball can support 100Kg, so there's no practical limit to the weight of any component that these can be used with for support and isolation. With another set of three I could try them under my 29Kg Audio Pro Avanti 100DC floorstanding loudspeakers. My previous DIY experiment with steel balls and furniture cups has been very effective in opening up the soundstage image. 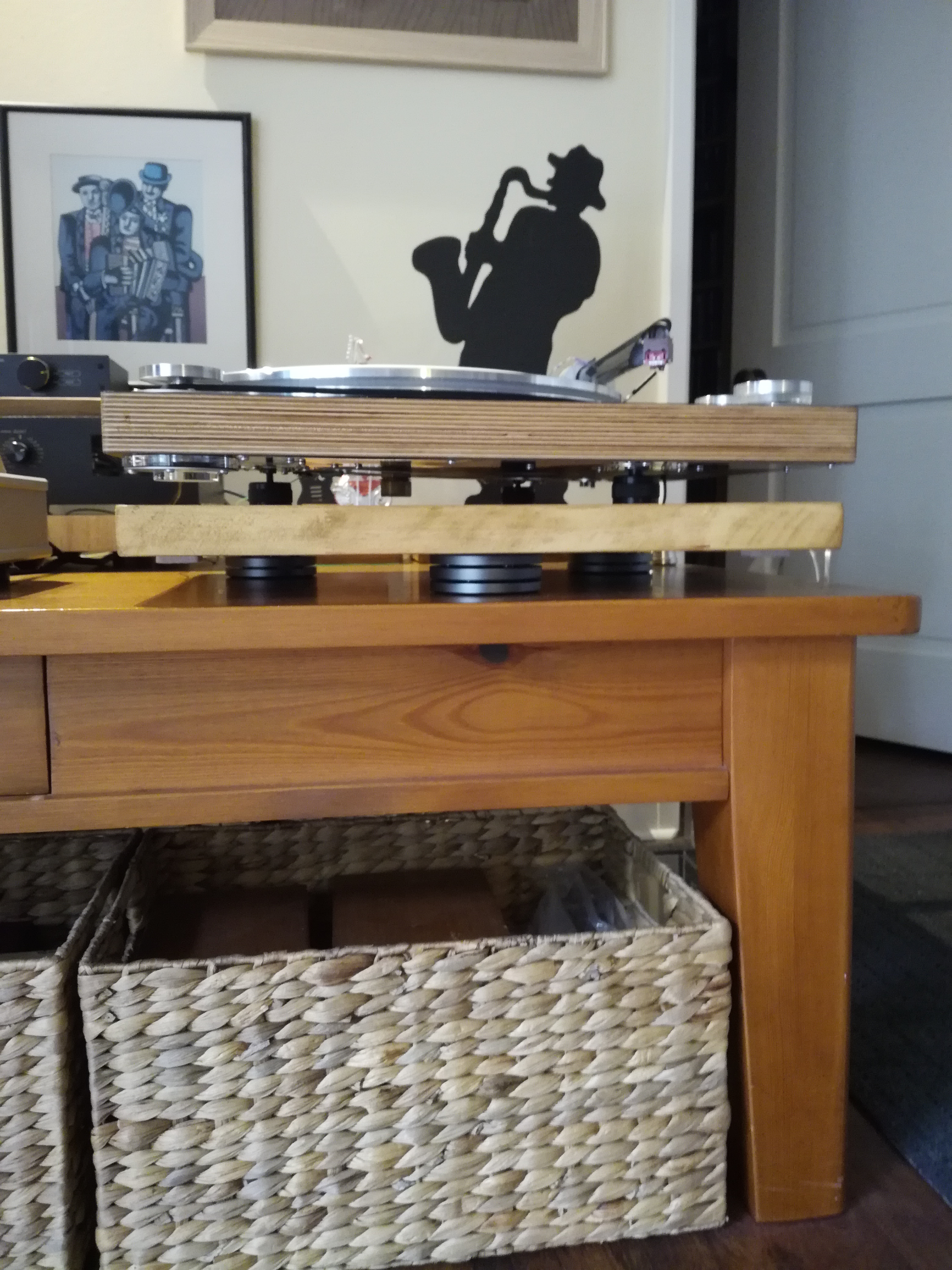 As always, the degree of resonance control and enhancement of sound quality depends on the extent of any degradation impinging on the component. Whilst I mostly used the RC-1 feet to treat my turntable performance, the effect discerned when under the CD player was similar, if less pronounced. That's not surprising, as whilst it has a spinning disc mechanism, it also has a heavy all-Aluminium (total weight 29 lbs). Lightweight components tend to be more susceptible to the effects of vibration.

Addition of the feet enhances the sound quality by making it cleaner - crisper and clearer. Music comes to life - and falls back, somewhat less natural, when they are removed. With heightened clarity and increased resolution, instrument images were more focused and weightier. This clarity and accuracy nicely added authenticity to the musical rendering.

I like having them in my system. They're visually elegant, and build quality is excellent. They give ‘support’ in both senses - a sound physical foundation and in aiding pleasurable performance. The high price is reflective of the high quality materials used in the precision manufacture of these devices. Value-for-money will be system-dependent in what improvement to sound quality they deliver. In a setup prone to the degradation of micro-vibrations, the unveiling of the soundstage image will pay back the investment in many hours of engaged listening pleasure. 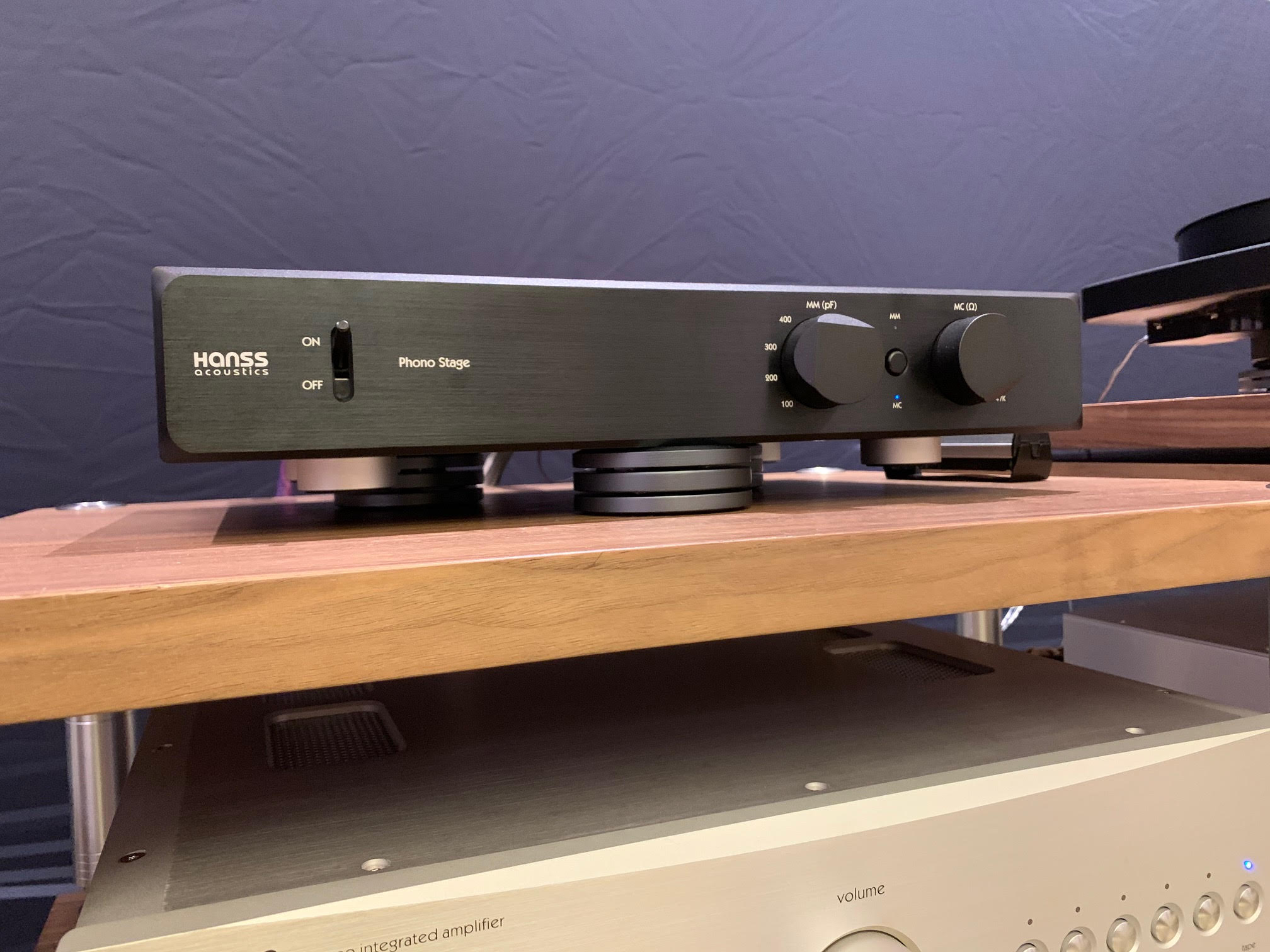 I have become convinced that the Hanss Acoustics hi-fi intention is demonstrated in the quality of this product. Now, if only I could get to audition their tasty-looking T-28 turntable and HAT-1 tonearm! And the curiously named Mind-Pop Revolution PressLift looks worthy of further investigation too.