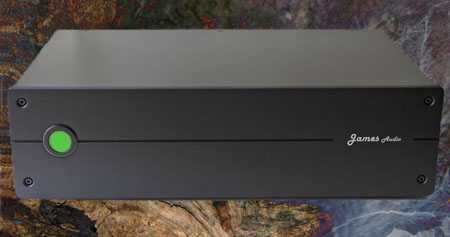 One of the issues that often divides audiophiles into two distinct camps is that of mains conditioning. In theory we should all think it a great idea, and who wouldn't want the best possible quality of mains power for their hi-fi? "Ah but", say those in the anti camp, "it comes at a price, and that price is that it alters the sound, often taking the life out of the music". For many years I had been on the side of the anti mains conditioner brigade, preferring instead to use some form of shunt filtering instead of in-line conditioning.

To cut a long story short, a few years back I was getting quite a variation in the performance of my hi-fi, and I knew, because I had enough alternative equipment to try, that it wasn't to do with my system. Fortunately it was one of those problems that was clearly audible so I confined my critical listening (reviews) to when the problem wasn't present. But it was still an irritation that I wanted rid of, and I did a lot of research to try and find an answer to the problem. That investigation led me eventually to the James Audio site, or more specifically to Alan Clarke who designs and builds James Audio's only product, a mains conditioner.

Alan couldn't have been more helpful. A career-long electronics engineer who also loves his hi-fi, Alan had built himself a conditioner having found nothing on the market that met his expectations. Friends heard what that conditioner did for his system and asked him to build one for them. And that's how James Audio came about as more people heard about the conditioners through word-of-mouth. Alan continued in his day job while making small batches of the conditioner in his spare time to meet the demand, and improving each build along the way. He had hoped to take early retirement, with James Audio providing some extra income, but such is his reputation that he has been kept employed, currently with one of the major electronics companies. In fact when I offered a review of his conditioner a couple of years back, he declined on the grounds that if there was a significant increase in demand, he wouldn't have time to cope with it.

The James Audio mains conditioner has had several upgrades since the model that I originally tried and Alan dropped in the latest iteration, the Mk. 7 for me to try. The major improvements in the Mk. 7 have come via the use of some even better quality components. For instance, after unsuccessfully trying to obtain transformers to his very demanding specification in the UK, he was eventually able to source some from a specialist firm in Sri Lanka, but only thanks to his position in the electronics company that he works for. Likewise, capacitors that he wanted but are not available off-the-shelf were made to his own specification by a German company. Alan stresses that the strength of his conditioner lies not only in the novel design, but also in the special properties (and quality) of key components. Being something of a perfectionist, he has used the very best components available in every part of the conditioner, and where they haven't been available, he has had them made specially. Because of his job, he has also had the luxury of being able to consult with a world-wide network of experts in many fields.

The 'perfectionist' philosophy is immediately obvious when you see and handle a James Audio conditioner. Weighing in at a hefty 18 kilos, the case is custom made, sturdy, beautifully finished, and looks rather lovely with its understated design, discreet logo, and large illuminated power button on the front panel. It's available in a black or silver finish with a choice of power button colours: blue, red, or green. I've seen and handled one of the power switch assemblies and it's a world away from the cheap mains switches that are more usually used to turn something on or off. On the rear of the unit is a row of six mains sockets, and the input IEC socket. Alan can supply the unit with SCHUKO output sockets, to suit European customers. Also supplied is a high quality mains lead with an angled IEC plug. Why angled? It's to route the mains lead away from the output sockets so that there is less chance of their outlets being 're-polluted'. Such is the attention to detail! If for any reason your installation makes the use of the angled IEC plug impractical, you can specify a straight alternative.

In use the conditioner is easy to deploy once you have manoeuvered its considerable weight into position. It will sit on a standard width hi-fi shelf and is 122 mm high. Simply plug in the mains lead, and then plug each item of your hi-fi system into the sockets on the rear. It is recommend to start using the socket furthest from the mains lead, and work your way along.

Well the important factor is what does it do to the sound of a hi-fi system? I have to admit that I started with a little bias given my earlier experiences with in-line power conditioning, and I certainly would recommend not coming to any conclusions too soon in an audition of this device. Generally speaking I noticed a tightening of the bass and better detail, particularly at higher listening levels. In my early auditions, when I took the conditioner out of the system I thought that 'something' returned that had been missing when I used the conditioner. But eventually I realised that what was missing was a slight glare. I was reminded of what a chiropractor once told me, that when they put something right that has been wrong for a long time, the patient will often feel worse. I guess if we have been listening to something like glare in our hi-fi caused by mains noise, then it is going to sound 'wrong' for a while (because our hearing has adapted) when we have that glare taken away. Anyway, after a week or so I no longer felt that the music was better without the conditioner, in fact the reverse became true. Does it have any adverse effect on the music? No, I can't honestly hear any. The timing is still spot on, so the PRaT is there, bass is improved, and without that glare, mid-range and top end are also improved. And the 'life' is still in the music too!

What I did notice over an extended trial of the James Audio conditioner was that it has different levels of effect with different equipment. For instance, it seemed to make less of an improvement with a couple of class-D amplifiers than it did with some class-AB chip amps, and a couple of valve amplifiers. But the important thing is that it did improve every system that I tried it with, and trust me that was quite a variation in equipment to make sure that there was a genuine improvement with all equipment.

There's not much to say as regards the sound of the conditioner because in truth I can't hear any at all, ie it doesn't affect the sound itself, it just allows the equipment to perform to its best. James Audio does have a web site (well worth a read), but nearly every one of the conditioners that they have sold to date has been from word-of-mouth recommendations from happy owners. Some of those owners have even bought the later versions of the conditioner based purely on their trust in the product, and the capabilities of Alan Clarke.
Alan is trying to extricate himself from very long hours at his day job, and hopefully spend more time on his hobby which in a large part is James Audio. So at last I have been given the go-ahead to write a review of this conditioner which I can recommend without reservation. While it cant' be labelled 'cheap', this conditioner can be only sold at the price because at present it could be described as a 'labour of love' (there is also no retailer mark-up, and at present, not VAT). But what you get is Bentley/Rolls Royce quality, and probably the best mains conditioning that can be bought.
You certainly can't buy anything the same elsewhere because the 'ingredients' of this conditioner are unique. If you have spent a great deal of money on your hi-fi, this conditioner will not seem expensive, and will make a significant upgrade to your system by allowing it to perform to it's best capabilities (without the negative effects so often attributed to mains conditioners).