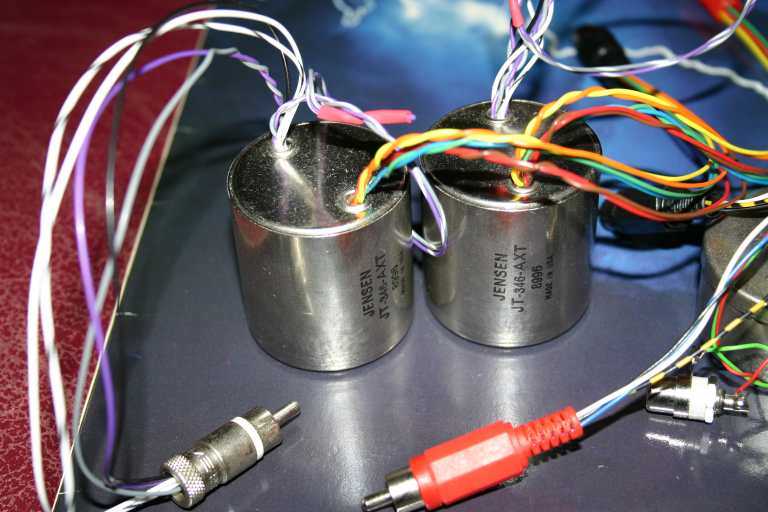 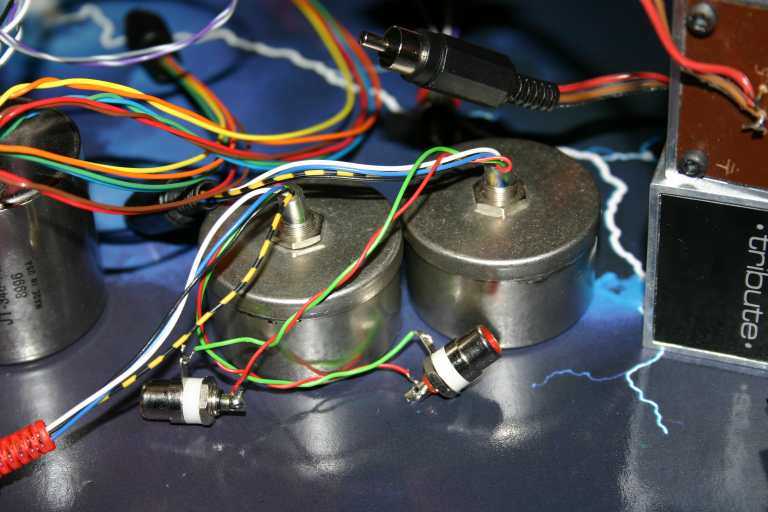 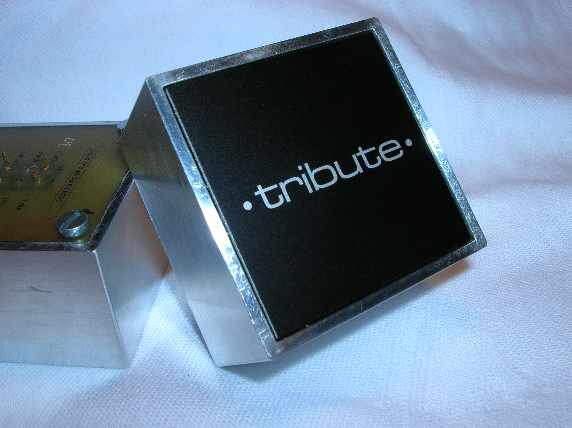 Why use transformers at all? For years, many phono stage designs came up with direct moving coil input, be it from Mark Levinson, be it from Accuphase, or many others.
I am doing DIY transistor for more than 20 years now, and for about 10 years with tubes, too. In my experience, every active moving coil input stage degrades the sounds way too much. While it is possible to do active stages today, which have practically no detectable noise, it is the bass region and the bass quality where the problem lies. Active devices are drifting with temperature, operating point and under work, and if input signals are smaller than 1mV, the drift gets into the way of the music. Bass lines are muddy then and drum players seem to play like if they are drunk. So the music is lacking immediateness, and rather sounds hollow, uninvolving, uninteresting. Take the moving coil input of the dedicated phono stage Accuphase C220 as example for above. Apart from the moving coil input, the C220 is quite OK. Up to now, the Naim MC phono boards are the only circuit known to me, that gets the bass region right, though at the cost of neglecting other important aspects.
For me, moving coil transformers are the single answer to the question, what to do with the tiny signals of 0.1 to 0.3 mVolt level. Simply forget all those modern wannabe solutions like MAT-02 (bipolar transistor), 2SK170 (Jfet transistor), and the like. Even considering noise, each of the tested transformers could beat those devices by quite a margin.

All transformers in this test report are meant to be used for DIY, and to be put into a separate case or directly into an existing phono stage, by the buyer himself. So if you can’t wield a soldering iron, you need not to look further. But I promise you, it is worthwhile learning to solder, as possible savings are impressive. Just have in mind that the Jensen moving coil transformers are used in top notch US preamps like from Rowland. Of course, in case of the LeBong transformer, for a small extra fee a complete unit in a case can be bought. Also, all three transformers are to be purchased directly by the manufacturer.

Jensen JT-346AXT: this is quite an old workhorse for the DIYers for us folks in the Munich DIY community, as we are using the predecessor JT-346AX (without twin secondaries) for years now. Jensen, like Lundahl, is a provider for studio professionals, and normally do not care about hobbyist hifi nuts. When you download the datasheet, you can see frequency corners of 0.3Hz and 200kHz, and lots of other impressive figures. It has three pairs of input coils and two pairs of output coils, so there are a lot of possible configurations. Though the 1:12 option is likely to be used, as all the other options have far less gain. Although the manufacturer did design the 346-AX for lowest input impedances, and was meant to be connected not to 47k, but to 6k8 special circuits, I had nothing but success using it in the standard setup, and had absolute no problems connecting a Denon 103 at the input and the standard 47k phono stage at the output. The cores in these step-ups are from 14 gauge 80% nickel alloy laminations, and the case sports nested double metal screening. This transformer can be mounted with the accompanied mounting hardware: clamp and screws.

LeBong Audio: this is is a newcomer in the field. Johannes LeBong has introduced a small product range of vintage flavored tube amps and matching speakers and offers a moving coil step up transformer, too. This transformer has a 1:15 gain option only. According to Mr. LeBong, it was designed with the Denon 103 in mind. The LeBong features torodial core and is shielded by its mu metal case. This transformer can be mounted with its central mount.

Tribute Audio: this is new, too. Pieter Treurniet of Tribute Audio has his own vision of how a transformer should be designed, and introduced a whole product range of so called amorphous core transformers to the DIY community. The core that Pieter Treurniet uses for the step-ups is a torodial core, made of cobalt based amorphous alloy. The case sports mu metal screening, but it must be inside, as on the outside an aluminium case is visible. This transformer has 1:10 and 1:20 gain options, and I tested both options. This transformer can be mounted to a printed circuit board.

Even though I already had the Jensen for half a year before doing the test, and Mr.LeBong told me that his review sample was in use at another guy’s home before, all the transformers needed weeks of burning in. Now how do I correctly burn in a moving coil transformer, when the signals of moving coil cartridges are that small? Answer: use a CD player with repeat function, put in a classical CD, connect the moving coil transformers to the CD player’s output, and connect a 100 Ohm resistor to the transformer’s primary. I burned in the LeBong and the Jensen for one week, and after burning in the Tribute for one week and listening, I decided for another week, with noticeable results. I will not exclude that many other additional weeks of burning in might have put the transformers under test to previously unknown quality levels or might have changed test results.

Well, I have to admit, I do not own a Denon 103 any more for some years, so it might be that I tested the LeBong under less than optimal conditions. Over the last half year, I used a lot of cartridges for listening with above transformers: Ortofon SPU Reference, Shindo-Ortofon SPU A, Kiseki Purpleheart, Kiseki Blackheart (Allaerts Rebuild), Red Rose Petal (Myabi), Ortofon MC 7500, Ortofon MC3000-II, Ortofon MC 5000, Lyra Helikon, Lyra Dorian. At the other end the three transformers had been connected either to my reference preamp (DIY, of course), or to the moving magnet phono input stages of either Shindo Monbrison, which I had for some weeks, or Eastern Electric Minimax Phono.

Quite unexpectedly, all differences that I found have been relatively independent of the cartridge, so loading issues showed up to be minor. Rather each transformer has its own signature or characteristics, which adds to the signature or characteristics of the cartridge. I did not find a single case during this test, where I found that cartridge A sounded best with transformer C, while cartridge B sounded best with transformer D. Though, this should not be put in general, as some years ago I had some magic combination of Denon 103 with another German moving coil transformer, which sounded much less worthy with other cartridges.

Connecting these transformers to the moving magnet inputs of phono stages and comparing to their respective in-built transformers, showed that both Shindo Monbrison and Eastern Electric Minimax Phono have excellent transformers inside, which cannot be bettered by using external ones. It is a very pity that the OEM Lundahls used in the Monbrison aren’t yet available to the public, mind that the normal Lundahl MC transformers like the LL9206 are very affordable, but not that phantastic.

The Sounds of the LeBong

The LeBong is a very direct, powerful playing device. Bass lines are clear and rhythmic developed, midrange and treble are just a tad tube like, as far as midrange charme and treble softness are concerned. It is a gentleman like player, giving music instead of overly details, letting you forget the hifi-ish aspects of music reproduction. Think of your favourite kitchen tube radio you have heard in your childhood, and you get the picture. Indeed these transformers show the same characteristics which I found in the Auditorium 23 transformers.

The Sounds of the Tribute

At first, I tried the Tribute with the 1:20 wiring option. Although I did not feel comfortable when listening, I forced myself to. Treble was exceptionally well resolved, midrange was very clear, but bass was weak and lacked power, even when used with low impedance cartridges. My big 12-inch Altec midwoofers sounded more like mini monitor 5 inch KEF polyprop bass drivers when listening to music with the 1:20 option. I also tried the 1:10 wiring option, and found the 1:10 considerably better. It had all the 1:20 could do in midrange and treble, but then the bass quality was on par with midrange and treble. The overall impression when listening to the Tribute in 1:10 was that of extraordinary clarity, and I have to admit, I never had that much detail from a moving coil transformer. When using the Tribute with my transistor preamp, the detail experience was too much, and music was dissected rather, so I preferred one of the other transformers. Though, with tube phono stages, this was the winner, because of its superior clarity.

The Sounds of the Jensen

Compared to the Tribute, this transformer does not bother about the very last layer of veil or the like. In other words, it never impresses with extra details. The Jensen itself is simply transparent, in a sense that it does not have a strong character of its own. The music always sounds intact, never dissected. While the treble is neither rolled-off like with the LeBong, it is neither crystal clear like the Tribute, it is rather natural and integrated in the mids. Same holds for the midrange. If only the bass would be just a bit less lean and transparent, then this could be the clear winner. When listening with my transistor preamp, this was the most balanced moving coil transformer, but when mated with above mentioned tube phono stages, the Tribute’s extra clarity or the LeBong’s extra bass power made them more favourable.

I have quite some tonearms in use, and all the transformers showed no anomalies when connected to the SME 3012/2 or the Graham 2.2. But when using the Schroeder No.1, where unshielded twisted wires are running straight from the cartridge pins to the phono plugs, some differences came up. The LeBong showed minor hum, which could be ruled out completely by earthing the minus inputs and by earthing other big metal objects nearby the turntable. The Tribute showed considerable hum, despite the torodial core and the metal screening. I was able to reduce the hum by trying out all earthing options that I could do, and in the end the hum was minimized to an extent where it did not annoy me any more, though still noticeable between tracks. The Jensen was quite the opposite of the Tribute: regardless what I did, it did not show any hum at all, so if you have balanced, but unshielded wires coming from the tonearm, the Jensen is the only choice.

No clear winner? Well, if I had tested the transformers only in one situation, then surely there would be a clear winner. But different listening setups showed me, that like cartridges themselves, moving coil transformers are components with character, which must be matched to the rest of the setup to achieve the goal of a balanced, musical, satisfying reproduction. Jensen, LeBong, Tribute, all have their place, and I am sure, one of these three will fit into your listening situation.