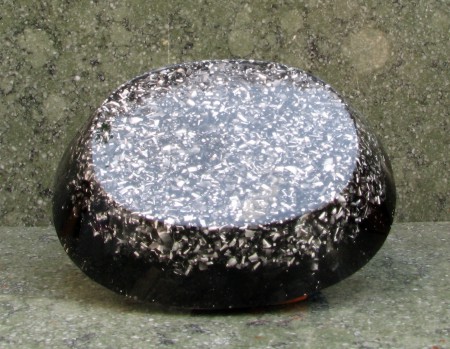 Here we go again! It doesn't connect to your hi-fi but it's reported to improve the sound significantly. You may have heard this one before but don't stop reading quite yet. The NM Sonic Purifiers appear to be yet another solution to the problem of RFI and EMF (although the manufacturer does not make that claim), whether that comes from your system, or external sources. I'm sure that we are going to see a plethora of this type of item as the RFI problem becomes worse in the coming years. RFI, or Radio Frequency Interference, is something that most of us know about. It can come from mobile phones and the repeater masts, microwave ovens, TV's and computer monitors, and even from those energy-saving lightbulbs that most of us use now (yes, there is always a catch isn't there?). But what about EMF? EMF stands for Electro Magnetic Force. An electric current flowing in a wire produces a force field that exists outside of the physical limits of that wire. That's how transformers work, the force-field of the wire in the primary coil acts on the electrons in the wire of the secondary coil, 'stimulating' them to flow and pass the electricity through the transformer (even though the primary and secondary coils are not connected). And of course we have lots of wires in our hi-fi system, and typically at least a few transformers. So our hi-fi systems produce their own EMF, and in theory, this EMF can adversely affect parts of the hi-fi that are in close proximity to the wires (cables) producing the EMF. It's one reason that serious audiophiles take great care over how they arrange the cables in their systems. As this EMF can pass through metal (MF from a 50/60Hz mains cable will pass through a thickish sheet of cast iron), you can see how it could affect the electronics even though they are inside shielded (metal) cases. 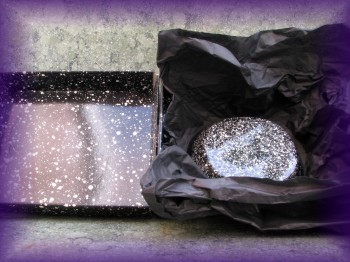 There is a much longer and more in-depth explanation of the RFI/EMF issue (and the use of the Sonic Purifiers) on the Audio Club of Athens site so I won't repeat it all here. But what are the Sonic Purifiers? Of course, the manufacturer doesn't want to give away all his secrets but we can see by looking at the Sonic Purifiers that there are some kind of metal fragments encased in resin. There may be more that is hidden in the opaque section of the resin blocks. But how can something that looks like an ornament, that doesn't even connect (electrically) to the hi-fi, possibly do anything that will affect the sound? From my research, it seems that each fragment of metal will pick up a certain frequency of RFI depending on the size of the fragment. In other words the fragment is acting as a small aerial. It then re-transmits the signal that it has picked up, but at a different frequency. With lots of fragments (of varying size) working together, this has the effect of scattering the RFI so that its effect is much weakened. If all this sounds like science-fiction to you, I'll mention a similar idea that was used in WWII. To confuse enemy radar, bombers dropped masses of tin foil strips while in flight. Instead of 'bouncing' off the aircraft, the radar beams hit the foil and were dispersed so that they could not return to the radar masts and identify the position of the aircraft. So, presuming this theory is correct, there is a valid reason why the Sonic Purifiers work. However, the size of the metal fragments visible in the Sonic Purifiers would only be effective down to about 20 Ghz so perhaps there are longer pieces hidden in the opaque part of the resin. Another possibility is that they also contain some ferrite particles that would arrest the RFI, but in a different way to the metal fragments. I remind you that these are suppositions, and I am only trying to demonstrate how these devices may work, and not provide a 100% description. What the manufacturer has told me is that the 'recipe' for the Sonic Purifiers was only arrived at after some years of experimentation. Apparently great care is taken in making the Sonic Purifier's and the care is extended to the packaging as you can see in the picture.

The Sonic Purifiers come in several sizes and shapes, and I understand that new shapes are being developed. For example one will come in the shape of a puck for turntable use. There are several sizes of Sonic Purifier that can be placed in or near the hi-fi. Ideally it is good to get a largish block sitting right on top, or next to, a transformer. If you can't, or don't want to open the case (or there isn't room inside the case), the Sonic Purifier can be placed on top of the case, preferably over the transformer (I even find them to work to one side of a transformer). I found that placement of the Sonic Purifier's wasn't too critical although in some cases, moving one to a different position did seem to alter the affect. There are smaller Sonic Purifier's that are designed to be strapped to cables. I attached these to the mains cables in my system using cable ties. And I placed them on the mains cables as close as I could get them to the equipment.

So do the Sonic Purifiers work, or is it just another scam? Well yes they do work without doubt. What you get with them is a much more refined sound. Less 'grit' and 'grain' The noise floor is lowered, the bass is clearer and more tuneful. The emotion in the music is better communicated. The tonal range is 'richer', rather like replacing some old guitar strings with new ones. But the overall effect is that the music is just 'nicer', more natural, more relaxed, more enjoyable. Of course how much the Sonic Purifier's affect any system will depend to a degree on the amount of EMF/RFI pollution. I expect EMF would be present in most systems as it is produced by the equipment. Of course, the more equipment that you have the more EMF you have. So systems that say bi-amp, or have a powered sub woofer, with a separate pre amp, DAC, and source component, will produce more EMF than a system with only a CDP and single power amp. RFI will vary, and probably vary quite a lot depending on how close you live to a repeater mast, how many items in your home produce RFI, and what other stuff in your neighbourhood is producing RFI. I also expect that the quality of the system will have a bearing on how much improvement the SP's can make. In other words, if you have a very good system already, you will probably appreciate what the SP's do more than somebody with a lesser system.

The more Sonic Purifier's that you place in a system, the more benefit you get. And you can use them not only in your system but elsewhere in the home. For instance, you can place them in the electricity consumer unit (where your house fuses/circuit breakers are located). If you have access to the mains cable supplying the hi-fi, you could add one to that. They can be added to the signal cables too. I didn't try that as I didn't want to take them off my mains leads, and my IC's are shielded anyway. But in theory you can add a Sonic Purifier to an unshielded interconnect and it will act like a shielded one. This would be fantastic as I have not yet heard a shielded IC that sounds as clear as an unshielded one. You could keep adding Sonic Purifier's to your system and home although at the price, you will have to decide when the law of diminishing returns becomes a factor in your decision to buy more. 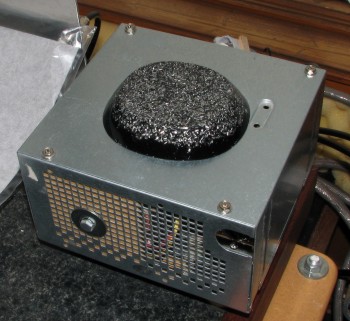 Well if all this sounds too good to be true, I almost agree with you except that I have heard the Sonic Purifier's and know that they do work. As you can read on the Audio Club of Athens site, a lot of their members have tried the Sonic Purifier's and found them to work too. The only negative for me is the price of the Sonic Purifier's that makes them a rather expensive tweak, even though they do make a substantial improvement to the system. If you are buying one or two, then the outlay isn't a big issue. But I would estimate that to achieve a reasonable level of improvement, you would need a cable Sonic Purifier for each mains cable, and one of the larger Sonic Purifier's for each piece of equipment. To take my system as an example, this would cost in excess of the cost of the whole system, much more if I added cable SP's to the signal cables too. Of course, some people have systems costing tens of thousands and the outlay for a set of Sonic Purifier's would be much more realistic.

I don't think that there is much more to say about the Sonic Purifier's. Apart from the cost, I have no hesitation in recommending them. They increased the enjoyment that I got from my system and that is a very important factor of this hobby. It doesn't matter how 'good' the system is, if you don't really enjoy the listening bit, it counts for very little. If you find that the music doesn't 'talk' to you as much as you would like, the Sonic Purifier's could be that missing part of your jigsaw puzzle!