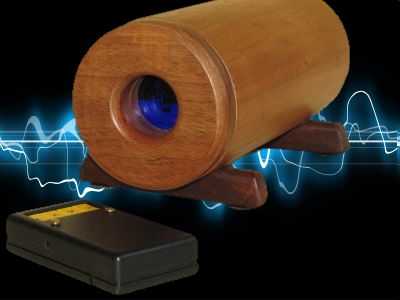 Back in January 2010, I reviewed the P&S OPC271 OPTO-POTENTIOMETER, a volume control that used Light Dependent Resistors (LDR's) to control the volume level. To recap briefly, this allows us to do away with switch contacts and wipers, theoretically at least allowing a 'smoother path' for the signal to pass through the volume controlled part of our systems. Following the review, I received a few comments about the Optopot, mainly lamenting the high cost. In the review, I had mentioned the DIY project 'Lightspeed Attenuator' that is discussed (at very considerable length on this forum thread. The problem is (apart from reading the whole thread), that putting together a 'Lightspeed Attenuator' is a bit to complex for the basic DIYer, not to mention working out how to include remote-control function. So Paul Hynes, of Paul Hynes Design has put together a kit that should allow anybody with basic soldering skills to build one of these attenuators at a much lower cost than the Optopot. 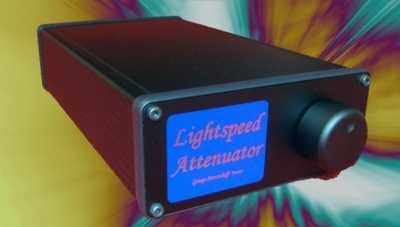 To avoid any arguments, it should be made quite clear that the design of the 'Lightspeed Attenuator' belongs to George Stancheff who very kindly provided sufficient details of his design on the diyAudio forum to enable DIYers to build one for themselves, and you can read more about why an LDR attenuator is so good on his web site . George sells his fully finished version of the LDR attenuator (shown right and without remote-control) for 450 US dollars, and Paul Hynes is not in competition with him. What Paul Hynes has done is to design the remote control section, and he makes no claims on the design of the 'Lightspeed Attenuator' itself.

For the Paul Hynes version, you can choose between buying the bare PCB's, and buying the finished modules. There are three modules (or PCB's): one for the infra-red transmitter (remote control unit), one for the infra-red receiver (that accepts the commands from the remote control and passes them on to the third module, the actual part that adjusts the volume level, called the Voltage Controlled Current Source board (VCCS). The transmitter and receiver modules (or PCB's) are sold as a pair. 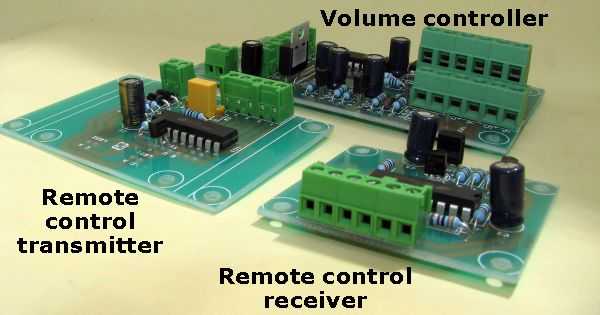 The modules come almost fully stuffed. The LDR's and LED's are left for the customer to solder up as their physical location will depend on the casing that the modules are housed in. The customer will need to obtain a small housing for the remote control (and four push-button switches), a battery holder, and a battery, as well as a case for the receiver module and volume control module. You will also require the LDR's and a few more parts including a basic 15 volt power supply, four RCA sockets, and a few pieces of wire to connect up the sockets. The LDR's are available from RS Components, Farnell, etc. and it is suggested that you buy them in bulk, say 20, measure them so that they are closely matched, and use the four closest matched for your attenuator. The Paul Hynes modules do allow you to balance the channels but he still recommends that the LDR's are closely matched to begin with. He is also going to be providing a circuit that will allow you to measure the LDR's.

I bought a rather small case for the remote control (off Ebay) and then gave myself some extra work in getting everything inside. In the end I went with a 9v PP3 battery that I regulated down to the required 5 volts but ideally you should be looking for a case where you can put in four AAA batteries. The four push-button switches(similar to those shown on the right) came from a defunct CD player but if you don't have such exotica lying around your home, these type of switches are available from most electronic component suppliers such as Farnell, Digikey, RS, etc. It's not overly difficult to make up the remote control but you should reckon on being able to mount your switches carefully. It's more a question of trial and era than rocket-science though! I soldered mine to a scrap piece of stripboard such that they were situated in a line under those yellow 'button covers' on the case.

The volume control module must have the supplied LDR's fitted, and the wires for the input and output signals soldered in place, and subsequently to the RCA sockets. Then a suitable 15 volt (DC) power supply must be hooked up to the module. Depending on your casing arrangement, it shouldn't take more than an hour to knock up for the remote control, and the same again for the main unit. I used an old 'pod' that had previously housed a stepped attenuator but the receiver and VCCS modules don't require a lot of space and you shouldn't have any trouble locating a suitable enclosure. In my enclosure, the large hole where the knob had once protruded made an ideal window for the IR receiver, and I used a scrap of blue-tinted acrylic for the actual window.

Apart from connecting up the finished attenuator the wrong way around, ie input cables into the output RCA's, it worked perfectly once the cabling was corrected. There's not too much to say about the sound except that I still prefer this type of attenuator over the other types that I have tried. There's perceptibly more small detail that results in a better defined sound-stage, and the ability to hear 'deeper' into a recording. It's considerably less expensive than the Optopot but in fairness to the latter, you don't get manual control of the volume setting, nor a display telling you the volume setting, both of which of course are nice extras but hardly essential. As an alternative to the Optopot, the Paul Hynes modules are highly recommended, and if you don't want or need remote control, and you don't want to put one together yourself, the original 'Lightspeed Attenuator' is another option.