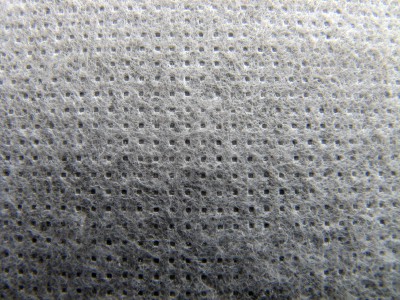 You probably love your hi-fi. And you probably love all the other modern gadgets that make life a bit more interesting. But there is no such thing as a free lunch, and apart from having to pay up front for all this gadgetry, there is often another price to pay. In the case of items like mobile phones and wi-fi, that price is an atmosphere polluted with RFI (Radio Frequency Interference). And it's not just those items that are affecting us, did you know that even something as innocuous as an energy-saving lightbulb also contributes to the RFI pollution in our homes? In recent years, despite much time and effort improving my own hi-fi, I sometimes think to myself, in some ways it sounded better when I had a much less expensive set of equipment 20 or more years ago. I then wonder if that is a trick of my memory as many things seem 'better' in hindsight, more so as time passes. And of course, my ears are that many years older now. But still the thought of all this RFI floating around, gives me cause for concern. Perhaps that 'clarity' I seem to remember was a result of a 'pre-mobile phone' era!

In theory, we can protect our systems from the negative effects of RFI by careful screening. Metal cases for the equipment that are connected to mains earth, and screened interconnects and speaker cables are obvious examples of such protection. But RFI will be picked up by anything acting as a suitable aerial! Even a small length of track on a PCB can and will pick up RFI. And what about the power cables? That trail of wire going from your hi-fi back to the power station makes a mighty large aerial!

And then there's another source of RFI. It's the very equipment that you are using, or at least some of it. Digital circuits such as the sort in a CDP or DAC emit their own RFI. If the circuit is housed in a metal case, that RFI will be simply reflected back into the circuit! It's this type of RFI that the Stillpoints ERS material is mainly designed to deal with. And it works by absorbing the RFI, and dissipating it as heat. Because it does that, there is no need to have it connected to ground as would be the case with conventional shielding. As such ERS acts like a kind of RAM, or Radar Absorbent Material. Remember that term because I believe that we are going to see more and more products based on RAM being offered to help solve RFI problems in hi-fi systems. In fact ERS itself is not very new and TNT's Maarten Van Casteren wrote his review of it way back in 2005. 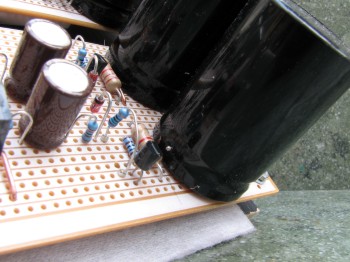 Stillpoints ERS material under a PCB

So what exactly is ERS material? The core of ERS is made of a blend of carbon fibres of various lengths and sizes. The fibres are coated with metals, such as nickel. These fibres absorb, reflect and diffuse RFI/EMI. ERS has on average about 66 db noise reduction in it's 10meg to 17 gig range. The fibres are then laminated with a polyester textile on both sides to make the material easier to handle and use. The material itself comes in A4 sized sheets and it is rather like that thick craft paper that you can see being made at craft museums. It's easily cut up although you will need very sharp scissors as the fibres tend to be a bit difficult to cut through. Also remember that the exposed fibres on the cut edges are conductive, so if you are putting this stuff inside equipment, do make sure that the fibres will not cause a short circuit! Also it is possible that something sharp could penetrate the ERS sheet and make contact with the fibres, so again be careful in how you install the ERS.

One of the first things that I did with the ERS was to cut up a sheet to provide some approximately 75mm (3 inch) square pieces that I then installed in my modified Scott Nixon DacKit. I placed two squares immediately below the PCB, and another one on the lid of the case, immediately above the PCB. The result of doing this was a more slightly relaxed presentation together with a slightly richer tone. I wanted to confirm that this wasn't my imagination so I gave a sheet to a friend who has a Twisted Pear Buffalo DAC. He installed the ERS in a similar manner and not only reported the same results, and added that it was the best that his Buffalo had sounded.

My next experiment was to cut some strips about 50mm (2 inches) wide, that I wrapped around the interconnects in my main system. This did slightly change the sound but I wasn't honestly sure if I liked it or not. So I removed the strips and put them on the AC power cables. This made a very small difference but this time I felt it was an improvement, slightly less edgy and more relaxed. Now I should say at this stage that a couple of people who know a lot about RFI and RAM have told me that in theory, the ERS is too thin to act like RAM. But I can confirm that it is doing something, of that I am sure.

I then placed some sheets over the top of the DAC case, and buffer case, both of which are made of acrylic and have no screening for the equipment inside. Again, I got a very small but discernable improvement.

Stillpoints recommend trying the ERS in a host of other applications. Power outlets, power conditioners, power transformers, and crossovers to name but some of them. My advice would be to try the ERS inside equipment like your CDP or DAC first. If you think that it works for you, then go on to try some more. In my own experience here, I think that to solve my own RFI problems, I may need something like ERS, but with higher 'blocking' capabilities, and I'm currently investigating alternatives. But that's because I live within one hundred metres of a repeater mast, and about 300 metres from another (with a third one proposed for another site quite close to where I live). But certainly, for dealing with internally produced RFI/EMI, I would say give the ERS a try. At 20 dollars a sheet, it is not prohibitively expensive, not difficult to apply, and reversible!