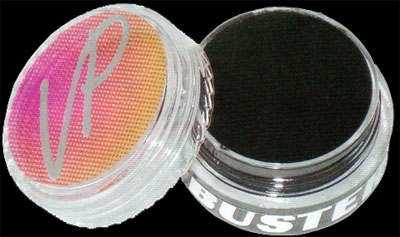 There are numerous, sometimes conflicting, theories on the best ways to keep LP records and replay stylii clean, but one thing everyone agrees on is that either or both must be kept clean to minimise surface noise. Linnies argued for years that only the stylus, never the vinyl, should be cleaned, and then only with a quick wipe of the 'green stuff' from back to front. The UK Dynavector importer still supplies a strip of the old 'green stuff' with their cartridges but they also hedge their bets with a short bristled brush too. Your old scribe confesses to owning and using strips of 'green stuff', a Goldring (so-called) ultra-sonic cleaner (that sounds a less than ultrasonic 2KHz or so) and several carbon fibre or natural fibre alternatives too.

Mark Sears of Missing Link has applied blue sky thinking to the cleaner stylus conundrum and come up with a novel solution. Not so much a solution (groan) as a gel. In a little pot resembling those normally used to contain lip gloss or moisturiser, VP Stylus Cleaner rests looking not unlike a block of the aforementioned petroleum jellies. That is exactly what it is not though, as organic solvents would be a bad idea for what Mark has in mind. The adhesive qualities of this gel are such that a quick dip by the stylus results in the muck being left behind in the magic goo. Given that DustBuster is supplied in what looks like a pot of lip salve, one could be forgiven for suggesting it could have been called Tip Salve!
"Oh no you couldn't be forgiven for suggesting that it could be called Tip Salve!" screech plebs, stage left, "Puns like that deserve no mercy".

Vinyl Passion (VP) DustBuster uses a specially formulated polymer that is placed under the stylus, into which the stylus is lowered. On raising the stylus, it emerges devoid of dust. Mark claims that this will increase the life of a new stylus by up to 1000 hours (incredibly this could mean doubling the life of the stylus) and will also offer the ultimate protection to your vinyl recordings because the stylus is not dragging abrasive particles along the groove walls. Mark says he spent 3 years developing the oil polymer hybrid to use a "specially developed UV bonding process to produce a hybrid material used in the Dust Buster". He states that there was a further 12 months of product testing before it was launched on an unsuspecting public. This allowed an estimate of service life of 12 months before the cleaning properties slowly start to decline and therefore advises to change the DustBuster every 12 - 18 months.

Three questions arise in this test:

The answer to these questions are as follows:

The listening room of your old scribe contains many stylus cleaning devices, including short carbon fibre stipple brushes, sable paintbrushes, green stuff from a Linn rep, green stuff from 3M, fluids, an old Transcriptor brush, free with magazines mini-toothbrush types, a Goldring ultrasonic pad (no more ultrasonic than the AT device, sounds more like 2kHz) and the Missing Link VP DustBuster brings the current total to 21. It does seem like the VP DustBuster represents the coming of age of stylus cleaners.

The Missing Link VP Dust Buster seems to be the equal of the ultrasonic cleaner. Peering down an optical microscope I can see no difference between the results from either. Neither attract more nor less dust on next play and surface noise levels are indistinguishable. Missing link offer the images below to illustrate before and after cleaning, which looks like a fairly basic aluminium cantilever and long shank stylus. Such a stylus will be more difficult to clean to the shoulders than a nude diamond on a boron stick (for example) and results were also fine on my Decca, which has no cantilever at all.

The Missing Link VP Stylus Cleaner works. Missing Link proprietor Mark Sears says of the VP DustBuster, "I consider it my gift to the vinyl music lover and a major contribution in the preservation of rare and cherished vinyl".

It works thoroughly and does not seem to have any drawbacks. It's amazing that 20 years after all the major record companies pulled out all the stops to kill off unprofitable vinyl, that sales of vinyl records are increasing and enthusiasts are still coming up with ingenious cost effective ways of making vinyl replay even better.

Power to the people!