The meaning of "integration" 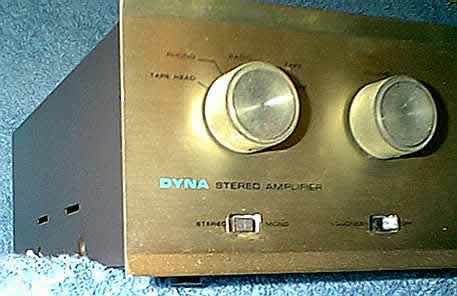 The term "integrated amplifier" always seems to be a source of confusion for some audiophiles. Just what is an integrated amplifier? Is it just an amplifier like any other, or is it something more? Webster's Ninth New Collegiate Dictionary defines integrate as "to form, coordinate, or blend into a functioning or unified whole: unite".

The SCA-35 was Dynaco's very first integrated amplifier. An integrated amplifier is a combination of a pre-amplifier and an amplifier. So despite its name, it is not simply an amplifier - it is a preamp and an amp. Tube amplifiers require a pre-amp between the signal source (record player, CD player, and tuner) and the amp. The function of the preamp is to amplify the very weak signals from the source to a level which the amplifier can work on to further amplify the signal to room filling sound levels. The preamp contains the volume control, and can also house tone controls (bass and treble). It can also provide a balance control.

The Dynaco SCA-35 is often confused with the Dynaco ST-35. The latter was Dynaco's baby amplifier (see review of the ST-35 on TNT-Audio). Yet there are many features of the ST-35 which are found in the SCA-35. In fact the amplifier section of the SCA-35 is virtually identical to the ST-35 amplifier in some ways, and completely different than the ST-35 in other ways.

The front panel has an input selector (tape head, phono, radio, tape, and spare), a volume control, a channel balance control, and a bass and treble control. At the bottom of the panel are switches for stereo/mono, loudness contour, filter, and AC power. The tape head position follows NAB equalization (for those still using magnetic tapes this is a boon). The phono position follows RIAA equalization.

Dynaco has always been famous for elegant yet simple circuit designs. The elegance comes from achieving sonic excellence with minimal amount of electronic parts. Simple design is accomplished by limiting the distance from input to output to the shortest one possible. Dynaco designs are sheer genius.
You have to hear them and see the equipment to believe it. Hearing and seeing are believing! 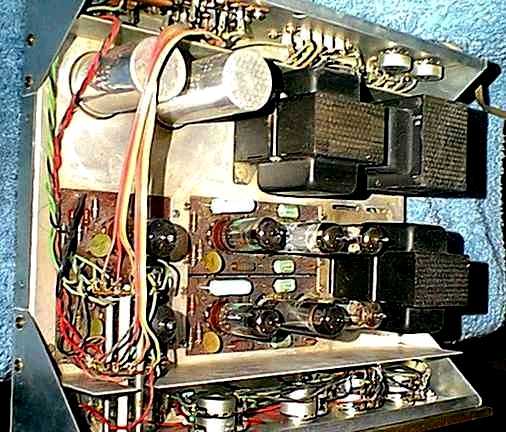 So how does this integrated amplifier sound? Listening tests were conducted with a variety of music (records and CDs). The turntable was a Dual CS 505-3 belt drive. The CD player was a Parasound C/DX-88. Speakers were Paradigm 11se Mark II. These speakers have a nominal impedance of 6 ohms and a minimum impedance of 4 ohms. Room sensitivity is 92dB. Anechoic sensitivity is 89dB. The SCA-35 was able to handle the lower speaker impedance at the 8 ohm output tap of the integrated amp.

It sounds very good for its size and simple preamp design. It is perfect as a bookshelf unit driving small bookshelf speakers. Like the ST-35, it can drive larger speakers in a living room, but only if the speakers are high sensitivity. The SCA-35 does not sound quite as good as a PAS3 preamp coupled with a ST-35 amp. It is thiner in bass response compared to a PAS3 with a ST-35, although a ST-35 is thinner in bass response to a ST-70. The difference is that the SCA-35 is even thinner in bass response than a PAS3/ST-35 or a PAS3/ST-70. Overall, the SCA-35 is a wonderful integrated amplifier and can be listened to for hours and hours.