What caught my attention when I first saw this phono preamplifier was that it caters for both moving magnet and moving coil cartridges, and has performance parameters and functions configurable and controllable with an Android app via Bluetooth connection and shown on the front display. It also looks really smart. “Vanishingly low noise” was a supremely attractive proposition for a phono stage. The unit has passive RIAA equalisation, and two line-level inputs, so you can use it with two cartridges and two other components as a source switching hub. A neat infrared remote control is also included. There's a 'wall wart' power adaptor included, and an optional high performance alternative is also available.

In marketing folklore, one story resonates. Victor Kiam liked the Remington razor so much he bought the company, he told viewers in their TV commercials. I can't afford any kind of corporate acquisition, but after using the Nash, I did feel the need to learn some Italian superlatives in preparation for writing this review.

Out of the box, and in use, the Nash is really cool, in both looks and form. The small (200 x 200 x 50 mm) low-profile high-quality metal body is substantial, weighing in at 2 kg. It stays cool to the touch, even on day-long listening marathons (and reviews!).

The Nash is very easy to use. Potentiometers on the rear adjust MC gain and load, allowing for setting step-up gain (3dB to 30dB) and input impedance (10 Ω to 1kΩ, continuously). DIP switches on the rear panel for adjusting MM input allow for choosing input resistance (15k Ω or 47kΩ) and capacitance (0pF, 100pF, 220pF and 470pF, plus any combination of the basic values). Output is at line level. Total gain for the MC input is up to 95dB, and for the MM input up to 65dB. The unit produces an impressive 2.5V rms from a MM input of 5 mV at 55dB gain.

Control of the Nash is by the front panel encoder, or the remote control, or by the dedicated Android app via Bluetooth. Operation data are displayed on a high readability OLED display. The Nash Remote App runs on Android devices using Bluetooth to control settings and operation of the unit. An iOS app will be available soon. Functions include selection among MC, MM, and two analogue inputs, switching between gain settings, and on-off for a 16Hz anti-rumble filter, as well as various power and display options. The current version was updated in June, and includes more than 320 cartridge presets. M2Tech are building a database of presets for popular cartridges, available through the app. They will be glad to receive emails from users whose cartridge is not included in the database, to add it to the list as they continuously update it.

First up was my Gold Note Vasari Red moving magnet cartridge mounted on The Wand Plus tonearm and playing records on the new The Wand 14-4 turntable. The suggested load is 47kΩ. Since the Vasario Red MM wasn't yet in their database, I asked for guidance on settings and was told that if there isn't a capacitance specified for a cartridge, then it doesn't need additional capacitance, Hence, I should set all DIP switches to OFF, in this way setting 47KΩ as the load resistance and 0 pF as the load capacitance (the MM input stage circuit of the Nash has itself about 10pF). Later, I used my Hana EL moving coil cartridge, with a suggested load of greater than 400 Ω. 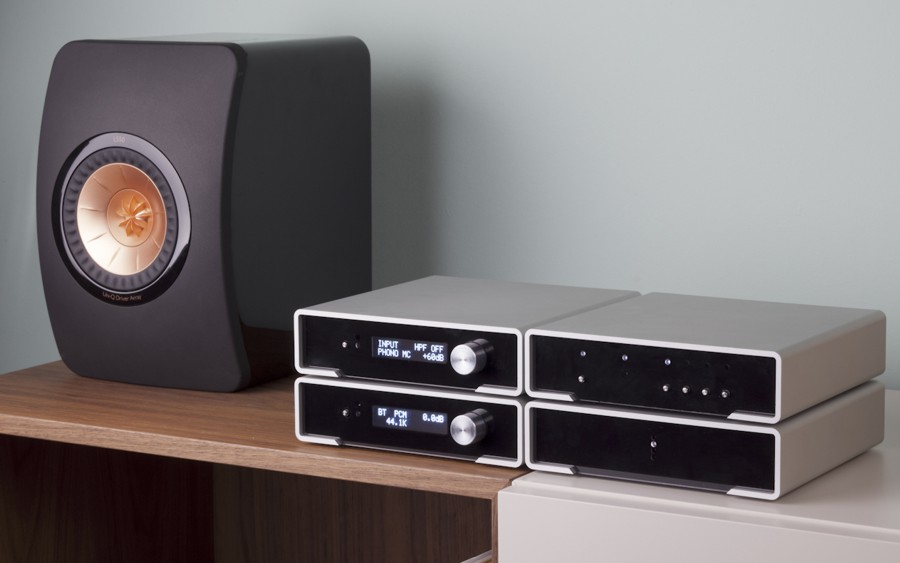 The first thing that struck me as I listened was that the sound stage presentation and aural content did not betray the mechanical reality of the music playback. The sound stage presentation is big and solid, whilst nuanced, and instrument positioning makes sense. What I heard was not the sound of a record playing. I felt like a musical experience was unfolding without distracting background noise, vieling artifact, or constriction. Dynamic range was literally impressive, nuance evident, and timbral accuracy relaxed, with instruments defined and placed in a solid aural image. I sensed contrast, focus, and clarity. Overall, a highly pleasing experience from fairly modest pickup cartridges.

Whilst living with the Nash for a few weeks, I forgot that a recorded music disc or file is an aural equivalent of a film/movie. We often use the phrase “photographic record”, and aural phonograph is a “record”. I liken the effect of the Nash on the sound stage presentation to that of a camera creating a moving photographic image. The displayed picture is bright and focused with realistic contrast and clarity. Vivid is the right word. The richness of the framed scene is outstanding, suggestive of an aural (visual) quality approaching desirable copy fidelity in terms of definition and resolution. Very moreish as a musical experience. The inevitable distortion and degradation artifacts in the mediation of the playback equipment are strongly mitigated for musical gain.

I've noted the dynamics of the sound, the satisfyingly deep, fast and uncluttered low frequencies, and the great amount of detail delivered without any strain on high frequencies. Many phono preamps have a muddy low frequency rendition which people generally relate to a less-than-optimal turntable setting or poor cartridge performance.

I buy quite a lot of 'old' records. These have 'old' production values, and may sound dated, and some are worn (I avoid obviously damaged discs). Altogether, the sound quality can be disappointing. I've played many whilst the Nash has been the mediator for my cartridge and amplifier. I have hugely enjoyed what I've been hearing. There's been a 'freshness' to the presentation, and a big sound stage, and I've been repeatedly motivated by this to turn it up! That is a highly desirable performance from a preamplifier. The music on my vinyl discs has never sounded better. And, finally, I've found a phono stage with no background hum! The Nash doesn't make great sound from poor records, but it certainly does help great records to lift the soul.

The newest member of the M2Tech Rockstars series of innovative components turns in a truly rockstar performance. Apparently, “being rock” in Italy means being smart, so the reference to “Rockstars series” is to indicate “a group of smart audio products”. Oh yes, smart indeed.

In Italy, “Rock” is opposed to “Old”: everybody who is smart and does smart things is “Rock”; people who resist change and always do the same things are “Old”. This has nothing to do with chronological age - it's a state of mind. This saying was first used a few years ago by Adriano Celentano, an Italian singer who, despite now being old, is really “Rock”.

Ah, and then there's that name. Music and Nash. Who is it referring to? Which Nash? Which personality? So, who then is The Nash? I've followed 'popular' music since the early 1970s, so I know of a few candidates for this inspiration: Graham Nash; Johnny Nash; Nash the Slash (a Canadian experimental songwriter, who recently passed away, and was, indeed, very “Rock”); Jay Nash; saxophonist Ted Nash or his trombonist father Dick Nash; Pat Nash; and British singer Katy Nash. The Nash does indeed have a strong personality: it's a contemporary musical interpreter. You decide. It will surely have a place in a “Rock” music system lineup.

The Nash has had such an impact on my record playing pleasure, that, yes, I did decide to keep it. And it seems that I'm not the only one to appreciate the fine virtues of the Nash. I just heard that M2Tech's Japanese distributor Top Wing Corporation, who are also a high-end MC cartridges manufacturer, has decided to use the Nash to test and demonstrate their pickups in place of a very expensive professional phono preamplifier.