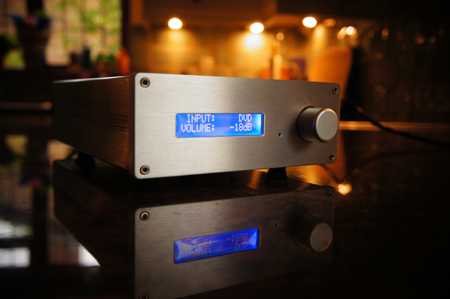 I've been surprised and pleased at the hi-fi coming out of the far east these last few years, making some pretty high end sounds available to those of us on a budget if we are willing to forgo some of the luxury trappings of the hobby. DIY is another way that many audiophiles engage more closely with their sounds and save money at the same time. Now, once upon a time someone tried to teach me to solder. Might as well have tried to teach a horse to eat with a knife and fork. But from time to time kits come up that are ready built for just a small premium over the price of buying the parts. This can be a fruitful avenue for the less dextrous. And it's one I've been following recently.

First up I came across a "gainclone" chip amp built by a guy in Hong Kong. I was looking for something a bit more sophisticated than my beloved T-Amps and it delivered that. Next I was tempted by a very nicely built "Simple Killer Amp" (or "SKA") kit amp – a 150 watt per channel MOSFET by Australian designer Greg Ball. The implementation is fully dual mono, separate transformers, the lot. It gives a very clear and open sound with tons of headroom even into insensitive speakers. But this was my first foray into separate pre and power amps so I had no preamp to use with it and only a tiny budget to play with. I tried feeding it from the passive preamp section of the gainclone but this sounded really lacklustre. I also tried the preamp output from my Musical Fidelity integrated, but that compromised the gains in clarity I'd achieved by using the SKA. So it was back to the big auction site to find a new approach. And what I found there is the main subject of this review. 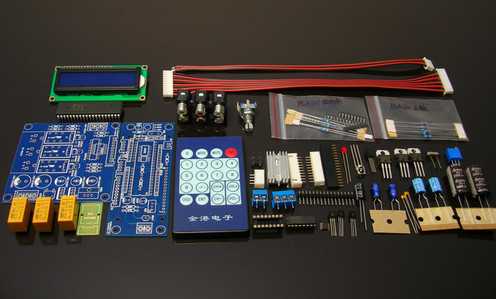 The same basic kit is available from several sellers. It is an ostensibly basic preamp but which uses a digital volume control. It comes as three elements available separately: a) the PCB with the components, LCD display and remote control b) a transformer and c) a case to put it into. It seems to be available in different stages of construction, obviously at different prices. At the first level it is possible to buy the electronics ready soldered onto the PCB. Alternatively it is available as a finished product - which is how I received it. There appear to be versions available with either the Burr Brown (Texas Instruments) PGA2311 chip or, a little cheaper Cirrus Logic CS3310. It is also available in multi-channel variants. The review subject switches three inputs to a single output and uses the Burr Brown silicone.

The preamp is in a half width case. It's black metal with a solid aluminium face plate neatly cut for the display. The volume control has a slightly flimsy feel, but that's really the only giveaway on the case that this is a pretty cheap unit. Round the back are three pairs of input RCAs and one pair for the output. Simple, neat, good quality. The remote control is a generic credit card sized affair, powered by watch batteries. It works OK as long as you're on axis and not too far away. The unit was supplied with the flimsiest mains cable I've ever seen but that is far and away the easiest item to change. The display, which cannot be switched off, shows the selected input channel and the amount of attenuation or amplification being applied to the signal. The chip is capable of attenuating by 95.5dB and amplifying by 31.5dB which makes it pretty flexible. It remembers the setting on power up which is convenient. Figures for the chip's performance are spectacular – with dynamic range of 120dB, channel separation at 1kHz of 130dB and distortion of 0.0002%. 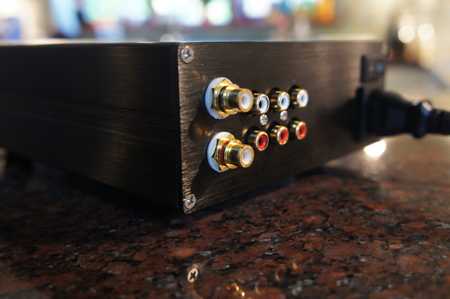 The sound reminds me of a T-Amp. Clear, transparent just maybe lacking a little bass weight. The implementation of the chip doesn't seem to have compromised the potential implied by its specification. Voices are well focused and instrumental timbres flow naturally. I've been listening to more classical music recently, with the great soprano Anna Netrebko becoming a favourite (try Sempre Libero with the Mahler Chamber Orchestra under Claudio Adabo). She's now called upon regularly to test the clarity of my system . And with this PGA2311 in circuit it passes well, her voice floating in space and good resolution of the critical detail that describes the auditorium.

By comparison, rock and pop seemed to suffer from the lack of richness to the sound. I corrected this by adding an old Musical Fidelity X-Cans to the circuit. I was using this as a Class A valve buffer before the PGA2311 and this really lifted the sound. If you want to use a headphone amp like this (and there are similar models available economically from China) remember to use the headphone out with a suitable adapter and not the line loop on the rear since the latter is a simple pass through.

On my standard test albums, the bass was strengthened and warmed up without losing focus and the soundstage really filled out. Rickie Lee Jones kicked along nicely. The atmosphere of "Everytime We Say Goodbye" by Norma Winstone (from "Distances", ECM 2008) is tangible, with the sax and piano reverberating freely in the studio and Norma's voice sending shivers down my spine.

The PGA2311 is an economical preamp that is decently built and performs well. It may be possible to tweak it to very high levels of performance - but that is beyond my expertise. Used together with a valve buffer of some sort it provides a very practical and high quality link between up to three sources and a power amplifier. Quality control may be a bit of a gamble with different sellers and builders although the really complex aspects of the circuit are all in the chip. With that proviso it's a clear recommendation.