"A pair of Wharfedales" - book by David Briggs

The story of Gilbert Briggs and his loudspeakers 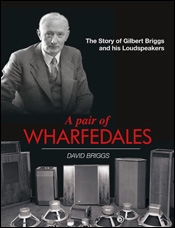 This is not a book about the history of Wharfedale. No, it is the story of a man, Gilbert A. Briggs and his loudspeakers, i.e. the story of Wharfedale products from day one (1932) till 1964 (and then up to 1978 after Mr. Briggs retired from Wharfedale). The author of this book is David Briggs, whose grandfather was Gilbert Briggs' first cousin. David Briggs BSc (Chem.), PhD, DSc received his degrees from the University of Durham. His career as a research scientist included 27 years with ICI plc and six years as Professor of Surface Chemical Analysis at the University of Nottingham. Since retiring, one of his main interests was family history and this is why he decided to write this book. 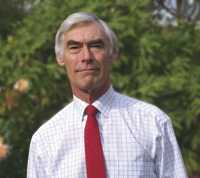 "A pair of Wharfedales" is an extremely detailed biography of Gilbert Briggs, an insightful journey through his life, his designs and his achievements. Mr. Briggs hadn't a specific training in audio and electronics. He started Wharfedale Wireless Works (in 1932) when he was already 42, indeed. He had actually spent 27 years working in the textile industry before moving into audio. He was very fond of music (he owned something like 40 pianos!) and its faithful reproduction at home. The name Wharfedale was choosen after the name of the valley of the river Wharfe in Yorkshire.

Stereo and HiFi days were still to come, so the first Wharfedale speakers to hit the market were moving coil drivers installed into the so-called extension boxes, used to give a better and stronger voice to valve radios. After the World War, in 1948, G.A. Briggs published the first of a long series of books related to audio and music (21 between 1948 and 1968), namely Loudspeakers: the why and how of good reproduction. Over the years he sold more than 250,000 copies of his publications, which were famous for their easy layman approach.
Through the years, G.A. Briggs met (and worked with) many other audio pioneers. Just to name a few, Raymond Cooke joined Wharfedale in 1955 (then founded KEF in 1961, together with John Balls and Bob Pearch), Harold Leak collaborated supplying his tube amplifiers and so did Peter Walker (Acoustical/QUAD).
In 1959 the Rank Organization acquired Wharfedale Wireless Works and this is why many of you might remember the double name Rank Wharfedale. Rank acquired Leak in 1969, too. Nowadays the brand Wharfedale belongs to the IAG group, together with Quad, Mission, Luxman, Audiolab and Castle.

G. A. Briggs always paid attention to the competitors and, in particular, two loudspeakers strongly inspired him: the ESL electrostatic speaker by Acoustical/QUAD (he replied with the SFB/3 flat panel baffle loudspeaker in 1956) and the revolutionary acoustic suspension AR-1 bookshelf by Edgar Villchur (Briggs then designed the Wharfedale 60 bookshelf in 1960).

G. A. Briggs was also a brave pioneer: his live vs recorded public exhibitions (more than 20, worldwide!) quickly became famous and certainly added reputation to Wharfedale products. It certainly was a tough challenge to voice big concert halls using few loudspeakers and modestly powered amplifiers (60 watts, supplied by Quad and operated by Peter Walker himself!) but, according to critics, these concerts were so successful that it was hard to tell which "system" was playing (real instruments or recorded ones via Wharfedale loudspeakers).

Summarizing, this book is a nice way to travel in time and discover the history of high quality audio (and then HiFi and stereo) through the life of a man who gave a very strong impulse to research and innovation in these fields.
A pair of Wharfedales also tells us the story of the man and his family, thanks to a huge collection of nice pictures, excerpts from letters etc. The amount of information which has been included in these 350+ pages is HUGE (even the number of the plane flights Mr. Briggs took!) and this, from a certain point of view, is useful because helps painting a precise picture of the man (and his time) on the other hand it might appear as too crowded. Personally, I'd have preferred a leaner and lighter presentation, to help the reader focusing on the most relevant topics. Negligible details could have been moved to an appendix section, for example.

Apart from this minor complaint, the book is entertaining and informative, those of you who were interested in the early days of Wharfedale (and British HiFi in general) certainly will find enough meat that satisfies any kind of curiosity: leaflets of any driver made, technical details, brochures, price lists, official advertising pages etc.
In other words...a must-have and a nice audiophile gift idea!