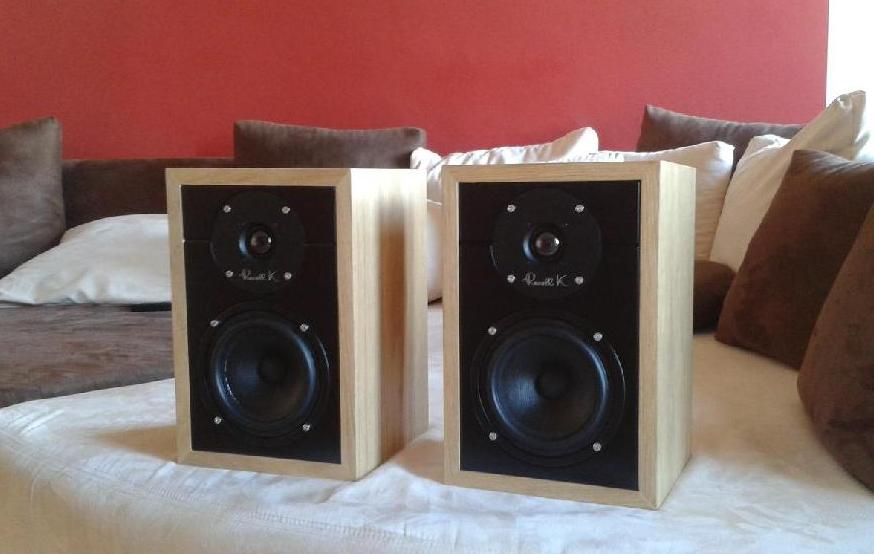 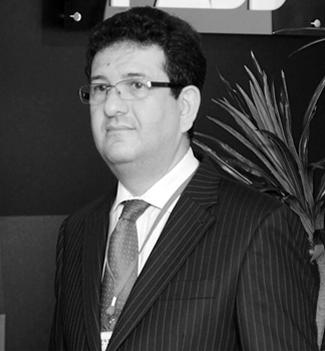 Russell K is a small and relatively new British loudspeaker company that offers just three models: two bookshelf and a floorstander (Red 50, Red 100 and Red 150, respectively). These loudspeakers have already won several “Best buy” awards worldwide. Now, who is Russell K? This name comes from Russell Kauffman, founder and designer who previously worked as a designer for B&W and Morel, and also as reviewer for HiFi Choice. The idea behind Russell K loudspeakers is pure and simple: lightweight cabinets made of MDF (16mm for every panel except the baffle, which is 19mm thick) and total absence of acoustic damping inside.
You might find this choice rather bizarre, first of all because the lack of internal damping might cause in standing waves and secondly because thin cabinet walls might resonate as well. Clearly this radical approach might easily cause some difficulty but Russell Kaufmann knows what's he doing.

Inside the cabinet, woofer and tweeter work into distinct and separated chambers and, quite surprisingly, the rear firing reflex port is located in the tweeter chamber! Of course, there's a trick that makes things work well: the two chambers communicate one into the other by means of several holes where air can flow freely. In some sense the air surrounding the woofer acts as a partial load, as if it was a sort of acoustic suspension. Moreover, the presence of the panel between the two chambers stiffens the cabinet to some extent.

The two drivers are installed without using sealant or foam, so to avoid any kind of “damping”, clearly a real obsession for the designer. Of course this radical choice has forced the designer to decide on unusually shaped driver contours (for a more precise air-tight baffle match).

The rest of the design is quite traditional: a two way system with a 13 cm woofer and a 1" soft dome tweeter, apparently custom-made for Russell K. The crossover network has a single component in series with each driver and is phase-optimized at the crossover frequency (2.2kHz 12dB/octave slope). The attenuation on the tweeter is obtained by means of a unaligned Zobel network instead of the usual L-Pad.
While the design is 100% British, manufacturing duties are carried over in Poland, a country where many loudspeaker manufacturers have their cabinets built (for lower costs). 1300€ for a pair of Red 50 is the price to pay, which could have been much lower with Chinese manufacturing, that has been avoided. 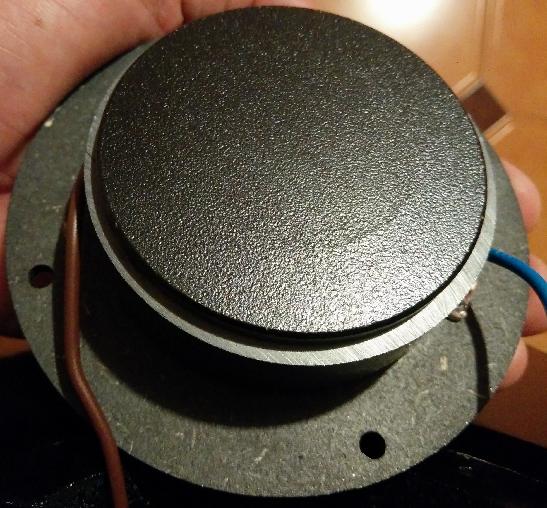 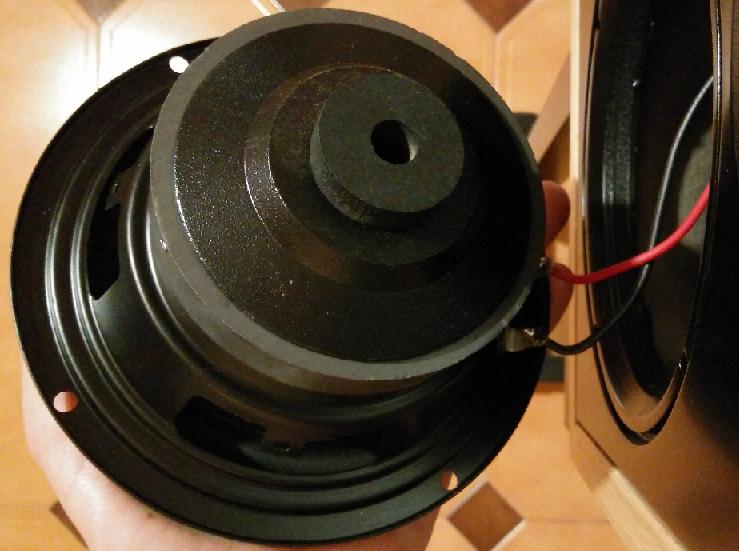 13 cm woofer, with impregnated paper membrane and a powerful magnet 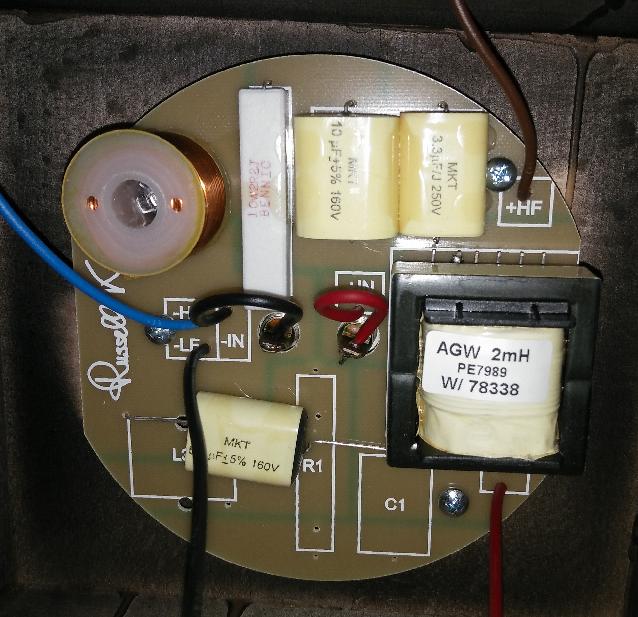 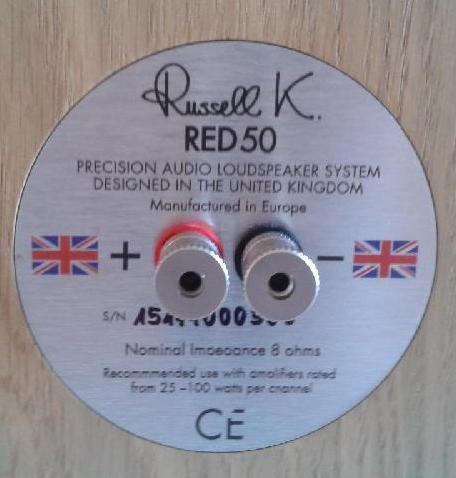 The tonal balance of these monitors is tendentially neutral, rather open and airy in the mid-high range, that appears extremely clean and precise. Voices, as one might expect from a monitor, are crystal clear, natural, never harsh or shouty. While other speakers transform S's into fatiguing and metallic noises, these Red 50 impress because of the lack of distortion and colouration. Both male and female voices are convincingly realistic and while listening to a choir it is easy to detect any single voice. Amazing.

Even with big choirs, as in Cantate Domino (Proprius), these speakers seem capable of keep everything in control, which is astounding considering their small size. Loreena McKennitt's voice in “The Book of Secrets” has been closely miked, hence some sounds as in T, CH and S are very hard to get right. Generally, they sound harsh or distorted on many seakers and amplifiers. Quite surprisingly, these Russell K speakers pass this test effortlessly.

The sense of realism and “presence” with voices is so natural that someone might believe a real (not reproduced) dialogue is taking place in the listening room (“Who's in the room?”). Astonishing, to say the least. On the other hand, this level of introspection and analysis is never unnatural. It just takes off a veil from reproduced music.

As these speakers are a sort of magnifying glass, especially in the mid-high range it is easy to detect huge differences between two recordings and even betweeen tracks of the very same recording. Consequently it is easy to pick up even minimal variations in the position of the speakers and in presence of wrong cables or connections. Indeed, during my listening tests, while trying to be as quick as possible to switch between different amplifiers, I connected one channel with inverted phase. I mean: just one speaker had the reversed (wrong) polarity. In few seconds I recognized something was wrong, clearly these speakers can't lie! This explains what the word monitor stands for! You can use these speakers to deeply investigate recordings, components, polarity, connections etc. If something is wrong, these babies will reveal the truth.

This truthfulness to the real content of a recording is never fatiguing, though. Only excellent speakers can do this. For example, another speaker I tested that was capable of this kind of magic was the T&F ART. Somehow, these Russell K remind me the Art performance, that I liked so much. A nice surprise, considering the T&F Art cost nearly three times the Red50 price.

As you can guess, the high and the mid range appear as precise as they can be, both extremely detailed and harmonically very rich. This means that not only the tweeter is a very good unit but also that the interplay with the midwoofer is nearly inaudible.

The mid-bass range is well articulated and fast while the bass seems just adequate. Not particularly powerful nor extended, it appears to be a natural complement to the rest of the audio range. There's no trace of boominess or overblown bass, as it can be found in many other bookshelf loudspeakers. The bass of these speakers is just right: it does what it can do and nothing else, pretending to be a bigger loudspeaker.

Differences between amplifiers are easy to detect as well: for this reason the speakers are quite pretentious and require good partners. My personal opinion is that they prefer solid state amps to vacuum tube amps, but your mileage may vary.

With jazz, pop, blues and classical music they are just right, with rock they lack weight and physical impact. They do sound nice, but nice - with certain powerful and aggressive music - is definitely out of place. There's groove but punch is lacking.

These speakers are quite “fast”, particularly in the mid-high region, where their performance is top-notch. Macro dynamics isn't exactly their cup of tea, as they keep their aplomb even when forced by highly dynamic tracks. Hence, they won't shake your floor but they'll never sound boring, that's for sure. Their inner sense of rhythm is always there, precise and metronomic.

They can even sound quite loud, if required, but certainly they're more at home with micro-dynamics, introspection, precision and transparency. Many speakers need to sound loud to sound precise and detailed, quite the contrary is true for these monitors. Even at low listening levels their precision is at its apex.

They seem to prefer a powerful amp to perform at their best. I've tried with a graceful 300B integrated amp and though being a good match in terms of precision, musicality and tonal balance, the dynamic performance was poor. The ability to reproduce effortlessly intricated musical passages wasn't satisfactory as well.

Provided you install the speakers on good stands, far from nearby walls, the soundstage these Red 50 can create is huge. You can experience what I call the switched-off speakers effect. Actually, you can't detect any sound coming directly from the loudspeakers, it is the air surrounding them that pulses with music. Everything takes place behind the speakers. Depth and width of the image are excellent too. Thanks to an extremely precise focus it is easy to detect instruments and singers positions in the virtual stage.

The height of the image isn't on a par with depth and width, perhaps taller stands could be better (mine were 70 cm tall). In my opinion they perform at their best when placed parallel to the rear wall, set as apart as possible. Even when they are very far one from the other it is difficult to create a “hole” in the center of the virtual stage. When placed close to the rear wall, image depth collapses though you get an obvious, nice boost in the bass range (which might be welcomed).

Manufacturing & finish.
There's not much to say for this no-frills design: good material, and a good level of craftsmanship for the price. With the black baffle (like my test samples) I'd have preferred to see black screws instead of the chromed ones. The total black look is ruined by these small chrome shiny spots. These speakers aren't exactly inexpensive but the choice to restrict manufacturing to “made in Europe” solutions (UK and Poland) affect their final price.
Sound.
These are not speakers for everyone. If you're looking for loudspeakers that sound “smart” with overblown bass and euphonic highs look elsewhere. A neophite or a rock addict might found them too polite. An A-B direct comparison test with more “commercial” loudspeakers might be misleading, as accuracy and precision might make the listener think hese speakers are sterile. 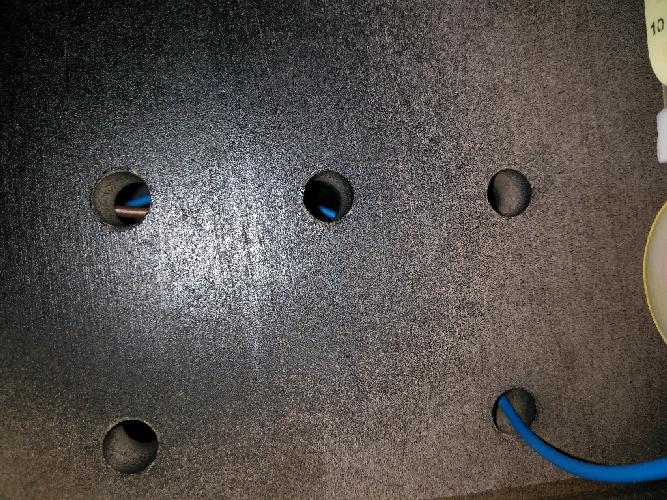 Inside panel, between woofer and tweeter chambers

Avoid placing them over furniture or close to near walls. These speakers are meant to be placed on good quality lightweight stands, with a lot of air surrounding them. Ancillary components need to be precise and transparent, avoid euphonic components like the plague or you'll ruin the accuracy these speakers are capable of. Moreover, place them parallel to the listening point, in my opinion toe-in is not necessary, perhaps it might be harmful.

A serious performer for the demanding listener, tailored for someone who can understand good quality reproduction without all the bells and whistles. Accurate, precise, transparent but simultaneously natural and realistic, these Red 50 are a real, high-class monitor. No, they're nowhere near the famous LS3/5A, as they have a completely different tonal balance and character. It is very easy to live with these Russell K Red 50, they'll probably let you discover new details in your favourite recordings. If you like this approach to HiFi reproduction, you can't avoid giving these a try.