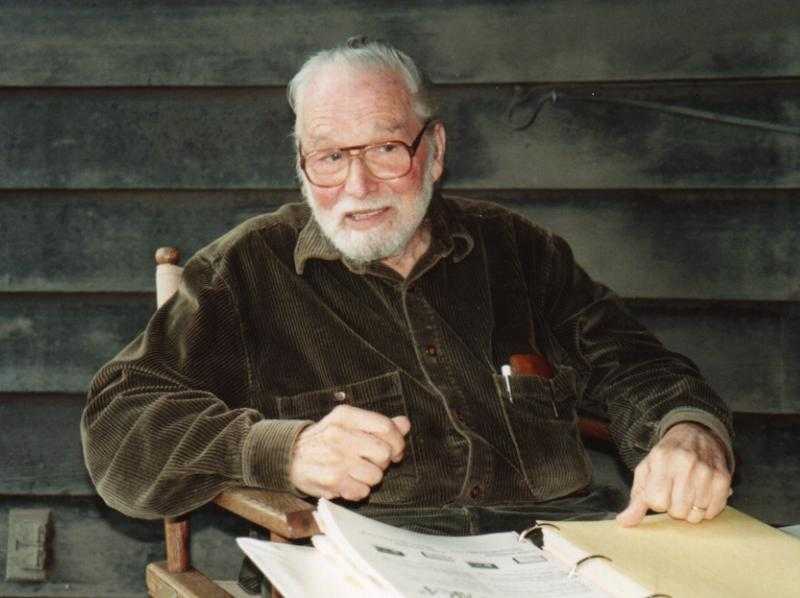 Edgar M. Villchur passed away last Monday at the age of 94 at his home in Woodstock, N.Y. This link will take you to the Wikipedia page where you will find lots of infos about him and his incredible list of fundamental contributions to the development of audio.
It is nearly impossible to list all the things he did during his long carrer hence I will concentrate this in memoriam short article on two designs he became famous for among audiophiles, the AR-1 loudspeaker (his patent for the acoustic suspension enclosure) and the AR turntable.

Before 1953 loudspeakers were big, obtrusive and made use of bass reflex enclosures (Albert Thuras patent, 1932) or horns and infinite baffles. Despite being big they were unable to reproduce undistorted bass below 40 Hz. At that time HiFi components were capable of reproducing a full-frequency sound so the weakest link, especially for bass frequencies, was the loudspeaker. Moreover, big loudspeakers couldn't be comfortably used at home. Feeling the need for a loudspeaker that could deliver good, deep and undistorted bass using a small enclosure Edgar Villuchur invented the so-called acoustic suspension: the air contained into a sealed cabinet worked like a spring for the driver.
His first prototype made use of a 12" Western Electric driver and delivered better bass of an infinite baffle design using the very same driver. Not surprisingly, the audio industry reactions were cold, to say the least. Nobody was interested in such a revolutionary design. One of his students (he was a teacher at the NYU), Henry Kloss, found the acoustic suspension idea very interesting and teamed up with Mr. Villchur for manufacturing the first loudspeakers in the World to use the acoustic suspension patent.

They founded the Acoustic Research Inc., briefly known as AR (the company went out of business in 2004). The first loudspeaker they produced was the AR-1 model which unfortunately failed to impress audio critics at the New York Audio Show in 1954. Audio critics complained about its low efficiency and suggested it could be used just in small rooms. The undistorted bass these speakers could produce was stunning, but not enough to make critics accept its low efficiency. In the meanwhile higher powered amplifiers were starting to hit the market, so there was no excuse for not accepting the AR-1 as one of the major breakthroughs in the history of audio. After the AR-1, Villchur and Kloss released the AR-2 and the AR-3, which soon became best sellers.

Nowadays acoustic suspension is no longer popular as it was in the Seventies, the need for extended bass from very small cabinets forces the designers to use bass reflex loading. This notwithstanding, acoustic suspension is a very nice sounding way to load a woofer: no boomy bass due to the reflex port resonancy frequency plus a smoother drop in frequency response. 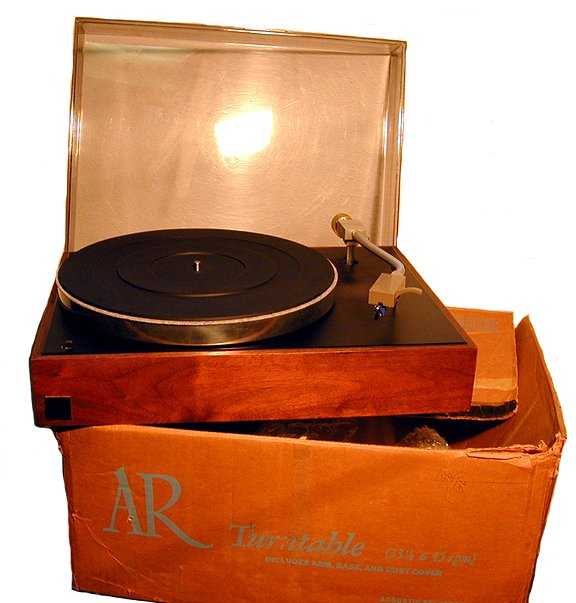 In 1961 Edgar Villchur, feeling one of the major drawbacks of turntables was the rumble of the motor picked up by the cartridge, decided to think differently once again, separating the motor and the platter and connecting these via a rubber belt, thus minimizing noise and vibrations. Moreover, the platter and the tonearm were suspended and isolated from the rest of the turntable, hence minimizing negative feedback from the loudspeakers.
The tonearm had a low mass and was damped so it could play even warped records with ease. The AR Turntable had the lowest wow & flutter figures of any turntable on the market at that time. Moreover, it was a piece of art, actually it even earned an award by Industrial Design magazine. Many modern turntable designs took inspiration from the AR turntable.

Edgar Villchur was also famous for his down-to-Earth approach to HiFi: he was strongly against subjectivists as you can hear viewing the AES document below where he illustrates his AR turntable design and complains about the source-first approach of many High End magazines ("I think it is nonsense..." Villchur says). It is a document that is worth viewing again and again. When geniuses like Edgar Villchur speak, we humans should just shut up and listen.

NOT TO MISS! Edgar Villchur explains the AR turntable!