BBC6 MUSIC was launched on 11th march 2002 on the UK BBC DAB (Digital Audio Broadcasting) platform as one of its key flagships to promote the new medium and persuade listeners to invest in new digital receiving equipment. The promise was exciting, a whole station devoted wholly to the great contemporary music of the last 40 years (now that people my age run everything the media can be great when they're not dumbing down to LCD, which equals Lowest Common Denominator not liquid Crystal Diode) and the fanfare at its launch was trumpeted across all the existing BBC media, terrestially broadcast and online. BBC6 Music was the first BBC national network launched for 32 years, but its cross platform status online and via satellite makes it the first all new station launched internationally by the BBC since the birth of the venerable World Service.

The BBC's director of radio and music, Jenny Abramsky, said: "The birth of 6 Music marks a new era for people who are absolutely passionate about their music, not only all the great rock and pop music to come out of the past 40 years, but also the new artists that are emerging today." 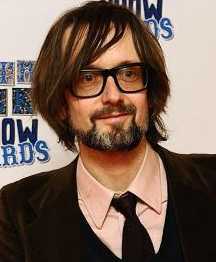 What we actually get is banal inane chatter (so trite it fully deserves the tautology) all day, infrequently interrupted by a great tune with all the life squashed from it by data compression following dynamic range compression. Instead of the high quality digital (spokespeople STILL babble on about DAB being higher audio quality than FM, spokespeople who are either obviously either profoundly deaf or compulsive liars) high quality continuous music with intelligent musical critique, we get presenters who babble vacuously, inviting inane texts from listeners sharing trivia too trivial even for Twitter.

The wires of the PA tell us that BBC 6 Music "now has 695,000 listeners, saw the fastest growth among any of the BBC's digital service over the past four years. But the Trust pointed out that it reached only one per cent of the adult population". Independent sources offer a more realistic 311,000 listeners (The Independent, 23 May 2005) suggesting less than half of 1% of the population

These one in 200 of the UK population endure daytime presenters who spend minutes trying to whip these few listener's from their inertia into enough reluctant activity to SMS text some tedious anecdote unconnected with any of the music being played. Winning Best Digital Radio Station of the Year 2005 was rather underwhelming given the competition among exclusively digital radio in the UK; that they haven't won every year is indictment itself. Two years later BBC6 was embroiled in scandals about fraudulent on air phone in competitions; surely it's enuff scandal that there were phone-in comps wasting precious needletime on a supposedly music station.

At night the menu changes for the better, just like the BBC's traditional FM channels and some of their commercial rivals too. At night on BBC6 musically savvy pundits make comments that add colour and history to the musical selections, many from the BBC's magnificent archives. As I write, just last night I awoke and sleepily switched on my bedside Pure Evoke DAB radio to hear a blistering 1972 performance by British Blues rockers The Groundhogs followed by 3 uninterrupted tunes from Melodicon (who I'll check out more now) and 3 from The Fall, introduced by their former roadie turned bass player. Poignant for me as the last time I saw the Groundhogs I was half of their support act, for £25 each and all the beer we could drink; the latter impairing our support performance to the extent the venue didn't book us ever again. This is what BBC6 Music should be like ALL THE TIME. This is what I, and everyone I have asked about BBC6 Music, hoped for.

"Why doesn't the old scribe just use the BBC's splendid worldwide iplayer facility to listen to what he wants, when he wants?" demand plebs, perfectly reasonably, stage left.

Because the whole point of radio broadcasting is to accept the random stream of material offered by the broadcaster, hoping for unexpected gems that catch the attention and fire the imagination unexpectedly. If I have to fire up the boiler of the laptop and connect it to an audio system I am going to choose something I already know I wish to hear and I'm going to demand better than 192kbps if I have gone to all that trouble. The main FM channels from the BBC already have fantastic nocturnal programming so an extra channel is just superfluous during the hours of darkness. I'd rather the BBC offered these on iplayer at audiophile bit rates and cut some dross to offer the bandwidth to achieve this.

A decent bit rate and back to back music would attract the listeners Abramsky wants; intelligent comments about the music itself from music fanatics, like those mentioned as presenters on the BBC6 webpages, would attract listeners in droves; all those old Top Gear listeners, all those Sounds of the Seventies listeners, all those In Concert simulcast enthusiasts, all those John Peel fans who spent late nights hearing bands for the first time before buying LP's and crossing the country to see gigs.

The BBC is uniquely funded among global public broadcasting media. American PBS needs public appeals to private and corporate donors to stay alive and thus tends to cater at times to the contributing elite and other nations' public broadcasting by direct government fund allocation from the whole tax take so content and delivery becomes at best mired in the beurocracy of government office and at worst reflective only of the political will of the government.

The bit rates for the BBC's flagship Radios 1 to 4 were 192 kbps (kilobits per second) until 2002. Just before Christmas 2001 all the bit rates came down in order to squeeze as many digital channels as possible into the available bandwidth across the UK. Radios 1 & 2 dropped to 128kbps and in March 2002 launched BBC6 Music at 128kbps. Radio 3 was the only station left at 192kbps, and even that is only part time, running at 160kbps the rest of the time.

BBC Director of Radio Jenny Abramsky says: "We're launching five new digital stations this year, and to do this we have to allocate the bit rate for other services. We will have to change the bit rate of some of our national services, but we will not drop as low as some of our independent rivals, and Radio 3 will stay at 192kbps."

- www.digitalradiotech.co.uk/dab/bbc_dab.htm. The BBC's own website confirms that bit rates may be reduced further at times when more stations (e.g. BBC 5 LIVE SPORTS EXTRA) are needed for event coverage. "Digital radio in the United Kingdom is being promoted by radio stations and the broadcasting industry on the premise that it provides a wider choice of radio stations, is easier to use, and is resistant to the interference which other broadcast media are susceptible to. However, the price paid for the extra number of stations is that the audio quality on DAB is lower than on FM...DAB provides low audio quality in the UK due to 98% of stereo stations using a bit rate level of 128 kbit/s with the MP2 audio codec, which provides much poorer sound quality than FM-quality. The BBC National DAB multiplex makes extensive use of dynamic ensemble reconfiguration to allow a number of part time services to broadcast. While these additional services are on air the bit rates are reduced" - www.astra2d.com/dab.htm. In 2008 extra bandwidth was auctioned under a 2002 Maastricht plan, but it looks like the additional bandwidth will be allocated for extra identikit stations rather than much needed extra quality for the ones we already have.

Be warned that this will happen where you listen too, wherever you are in Europe, the Indian subcontinent, North America, Australasia, as long as the music business succeeds in reducing audio quality with no identifiable loss of income (preferring instead to blame the 'pirates' who have merely jumped on the biz's plummeting quality to be able to provide pirate material at the same trashy standard) the broadcast media will follow. As standards of available recorded music is presented in formats that would shame the RCA and Decca engineers of the 1950s, so the means by which they are broadcast may be diluted equally, unless consumer opinion makes itself felt, assuming consumer opinion cares, but if evolution is to become regressive rather than progressive perhaps we should stop making scientific advances and revert to superstition... Oh, that seems to be happening in some quarters where evolutiomn may not be taught and we audiophiles already have a flat earth group among our number! 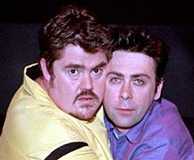 "BBC 6 Music has been saved the axe - but a review has warned that it must do more to attract a bigger audience.
The radio station, which broadcasts shows hosted by Jarvis Cocker, Elbow's Guy Garvey, Coronation Street star Craig Charles and music legend Bob Dylan, was told by the BBC Trust it needed to attract older listeners, particularly those who were more music-savvy." UKPA 15th February at 4PM
Station bosses must also ensure presenters were not only popular, but had "musical credibility".

At its launch BBC6 Music had a more impressive looking line up, featuring many more than these 4 pundits; were these the only 4 they could name with any credibility now?

Meanwhile, 3 hours after the Press Association posted the above, the Daily mail (Britain's voice of the '50s - the decade, not the age group, its readers are all ages but convinced they're ancient) posted "BBC Radio 2 was today ordered to do more to appeal to older listeners, particularly the over-65s"

Radio 2 offers a diet of splendid variety and quality during the hours of darkness, just at the same time that BBC6 music offers great content at low audio quality. Has no one at the BBC noticed this coincidence? Perhaps the low-cal daytime pap on Radio 2 could be replaced by the great nocturnal BBC6 content on FM and the mind numbing tosh be left for the commercial stations who would attract larger advertiser friendly audiences and pay the big slaries demaned by the LCD presenters. The BBC would then be delivering its half of the publicly funded broadcasting contract and reduce resentment surrounding the TV licence fee.

While preparing this article believing BBC6 MUSIC to be closing down, one listener commented "I so wanted a different music station that promises and delivers music, but [BBC6] is not that station. [BBC6 is] pompously banal chat interrupted by occasional records. I could manage that on my own."

Just like the record companies wondering why no one is willing to pay more for excreable sound quality product no better than freeloaders can download gratis, the BBC don't seem to realise why so few wish to stay tuned to BBC6 Music when it so obviously fails to do what it says on the tin (popular UK TV advertising catchphrase). Many people do want a national contemporary and heritage music station and would stay tuned as soon as one appears, if indeed radio can appear.

The BBC is publicly funded by UK television owners who pay an annual levy on every housMhold that owns a TV set. This is possibly the least undesirable way to fund public broadcasting as it avoids direct government influence and maintains a predictable income stream. making more BBC stations available to BBC listeners is most likely to be received by the same potential audience spreading itself more thinly between channels delivered more thinly. If the BBC wish to broadcast high quality content options only at night time, perhaps resources would be better directed at the iPlayer platform than the DAB platform. The majority will not buy into a new platfrom that simply offers more of the same at equal or lower quality than is already available.